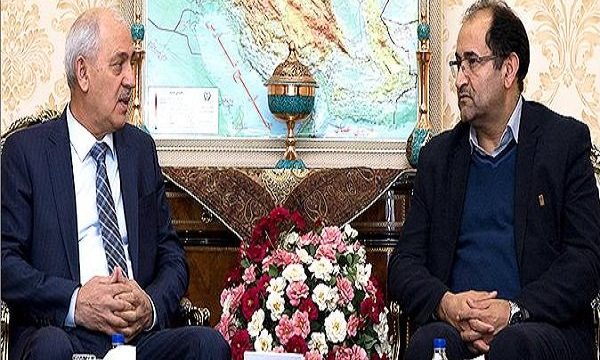 MNA – Tajik Ambassador to Tehran Nematollah Emamzadeh said Dushanbe is looking at constant cooperation with Tehran in a wide gamut of areas, including the fight against terrorism in the region.

In a Monday meeting with Jalil Rahimi Jahanabadi, a member of Iran-Tajikistan Parliamentary Friendship Group, in Tehran, Emamzadeh said his country is interested in continuing cooperation with the Islamic Republic in battling terrorism and maintaining peace in the region.

Jahanabadi, for his part, said that “the Islamic Republic has paid a high price for the fight against ISIL and terrorism in the region,” while, some regional countries along with their western allies are trying to put the blame on Iran for every extremist movement in the region.

Pointing to the friendly relations between the two neighbors, the Iranian official attached great importance to the development of comprehensive ties between Tehran and Dushanbe, including the social, cultural and economic sectors.

According to previous reports, over 150 agreements have been signed between Tehran and Dushanbe, the number of which is an indication of the high-level relations between the two states. The documents signed largely include economic and cultural domains.