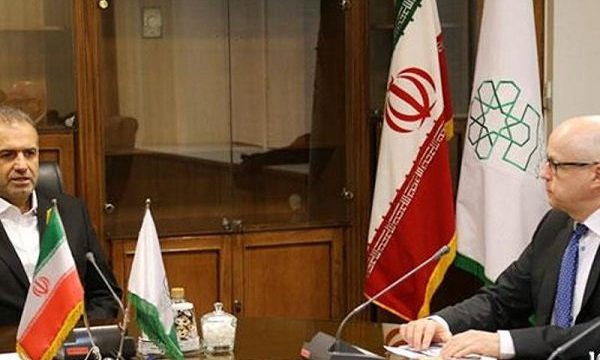 He made the remarks in a meeting with Head of Iranian Parliament’s Research Center Kazem Jalali in Tehran on Tuesday.

In the meeting, Finnish ambassador pointed to the enhanced cooperation between the Islamic Republic of Iran and Finland, saying “the two countries have high capacities, therefore we should take giant steps to promote and expand bilateral ties.”

Finnish Crisis Management Initiative (CMI) is tasked with removing international conflicts through dialog and in this respect, the Organization is after holding dialog with regional countries, he maintained.

For his part Jalali pointed to Iran’s nuclear deal, saying “Iran has always been committed to the implementation of provisions of nuclear deal within the framework of international rules and regulations.”

He expressed hope that bilateral ties between Iran and Finland would result in promoting the level of mutual ties.

Despite the positive moves taken by the Islamic Republic of Iran over JCPOA, President Trump withdrew US from the international deal unilaterally, he said and called on Europe to take practical measures in line with maintaining JCPOA.

Jalali pointed to the problems created in the regional countries and reiterated, “dialog is the appropriate and suitable strategy to remove regional conflicts and for its part, Islamic Republic of Iran has always placed its special emphasis on dialog to remove obstacles countries like Syria and Yemen are faced with.”