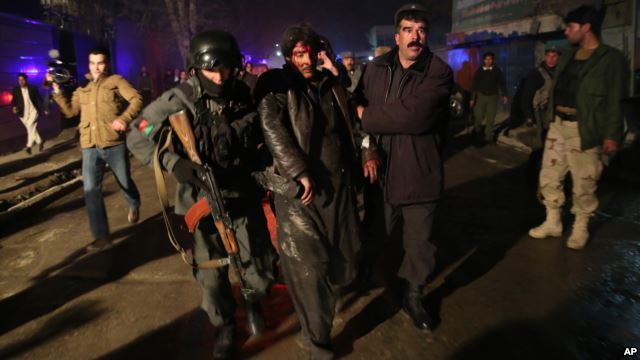 IRNA – Kabul Police spokesman announced that the number of injured people in Monday night suicide attack in the city of Kabul has reached 90 people.

Speaking to the Islamic Republic News Agency (IRNA), Basir Mojahed said that the attack has claimed the lives of three police officers and a civilian.

He added that 23 kids and 12 women were also injured.

The media sources had earlier announced that 24 people were injured.

Mojahed went on to say that injured people were transferred to hospital.

The attack which happened due to the explosion of a bomb-laden car has also inflicted heavy damage to scores of houses, he noted.

No group or individual has yet claimed the responsibility of the deadly attack.