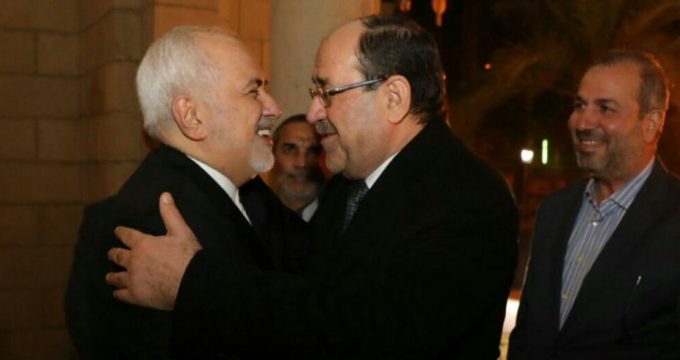 The meeting was held on the sidelines of Zarif’s ongoing tour to Iraq.