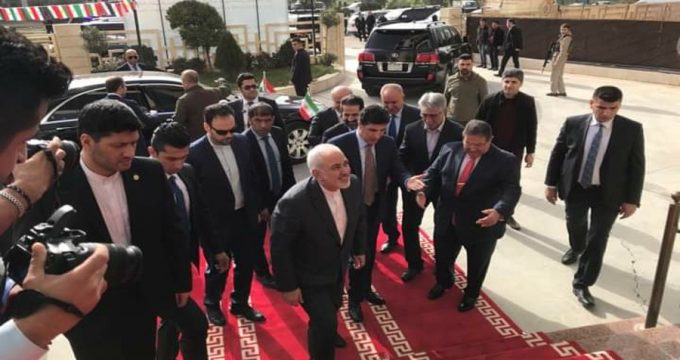 Iran’s foreign minister said on Tuesday sanctions will not impede the development of economic ties between Iran and Iraq and that Iran is a very reliable party for all of its partners especially the Iraqi Kurdistan Region.

Iranian President Hassan Rouhani said Tuesday that the US Secretary of State Mike Pompeo’s anti-Iran tour of Middle East is doomed to failure, even if it lasts for 10 weeks.

Iranian Minister of Communications and Information Technology in a message announced that Iran’s Payam satellite has not been put into orbit successfully.

Iranian ambassador to Poland Masoud Edrissi Kermanshahi met with Poland’s deputy foreign minister Maciej Lang on Monday and conferred on the upcoming conference regarding the Middle East in the Polish capital.

The Iranian government has been allowed to get a $5 billion loan from Russia for infrastructure projects, a parliamentary spokesman said on Tuesday.