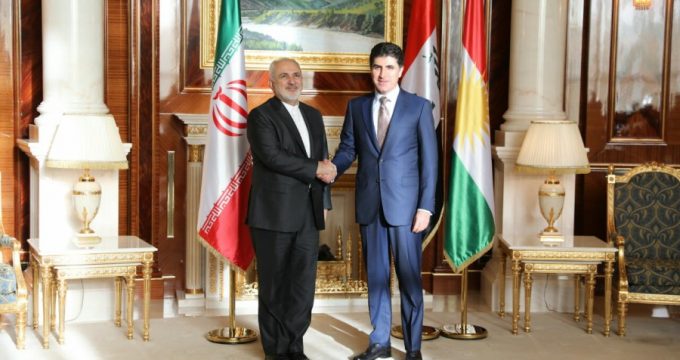 Zarif, who arrived in Iraqi Kurdistan on Tuesday from Baghdad, was welcomed by Nechirvan Barzani, the region’s prime minister.

This is Zarif’s second visit to Iraqi Kurdistan region since he held foreign ministerial office in mid August 2013.

He is accompanied by a high-ranking economic and political delegation and Iran’s Ambassador in Baghdad Iraj Masjedjamei.

A conference on exploring ways to develop bilateral economic and commercial relations will also be held with the attendance of Zarif and economic officials and businessmen in Erbil.

Zarif will leave Erbil for Sulaymaniyah, another main city in the Kurdish-dominated area, on Tuesday.