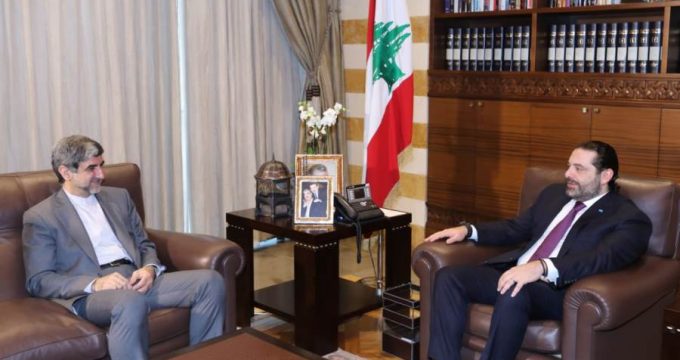 During the meeting, the two sides also reviewed regional issues and ways to promote bilateral relations.

Earlier in the day, the Iranian embassy in Beirut issued a statement reacting to remarks by US Undersecretary of State David Hale on Sunday after a meeting with Hariri.

Noting that Hale’s claims are indicative of the defeat of US policies, the statement said that the US official has forgotten that its country is the main safe haven for and the major sponsor of extremist terrorist groups including Daesh.