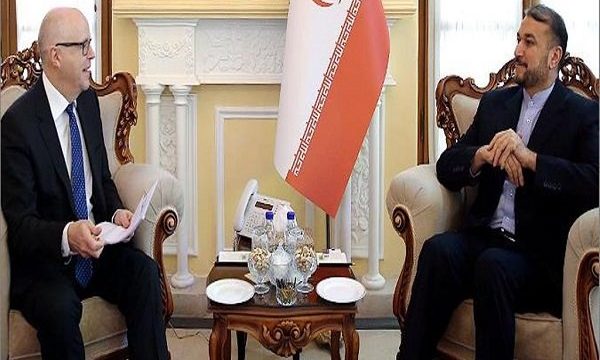 The Special Assistant to the Speaker of the Iranian Parliament for International Affairs Hossein Amir-Abdollahian made the remark in a Monday meeting with Finnish Ambassador to Tehran Keijo Norvanto, and the CEO and a number of members of the Crisis Management Initiative (CMI).

He then referred to the withdrawal of American troop from Syria, saying “the killing of more than 500,000 Syrians and causing over 400 billion dollars worth of collateral damage to Syria is just the consequence of one of US wrong policies in the region.”

Saudi Arabia’s totalitarianism is one of the obstacles to the achievement of peace and security in Yemen, he added.

Noting the humanitarian crisis in Gaza, he said that there was “no good prospect” for the Israeli regime in the region.

The Finnish ambassador, for his part, said the role of the Islamic Republic of Iran is important to resolve many conflicts in the region.

A CMI official also highlighted the significance of dialogue for settling regional crises.

Crisis Management Initiative (CMI) is an independent Finnish non-governmental organisation that “works to prevent and resolve conflict through informal dialogue and mediation.” It was founded by former President of Finland Martti Ahtisaari in 2000.