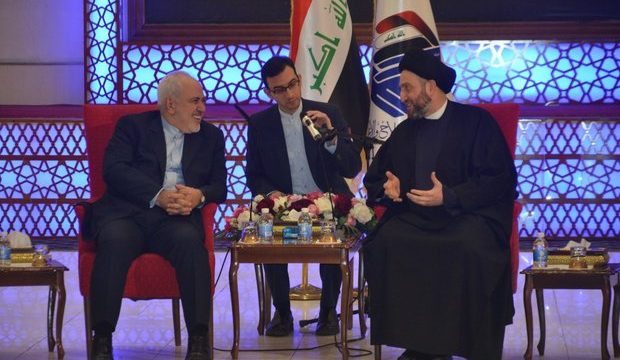 MNA – Leader of the National Wisdom Movement of Iraq said Sun. that the US unilateral sanctions against Iran make Iraq all the more determined to develop relations with the Islamic Republic.

Ammar al-Hakim made the remarks in a meeting with visiting Iranian Foreign Minister Mohammad Javad Zarif and his accompanying delegation on Sunday night in Baghdad.

The imposition of unilateral sanctions by the US is an unprecedented move in international interactions, he said, adding “Iran has always supported Iraq, and as such, we oppose and condemn the sanctions.”

He then maintained that the withdrawal of American troops from Syria, although happening very slowly, is still a key factor of change in the region and will have a positive impact on Syria’s development.

The Iranian top diplomat, for his part, commended the religious and political authorities of Iraq, including Hakim, for their role in establishing security and stability in Iraq and preserving the country’s territorial integrity.