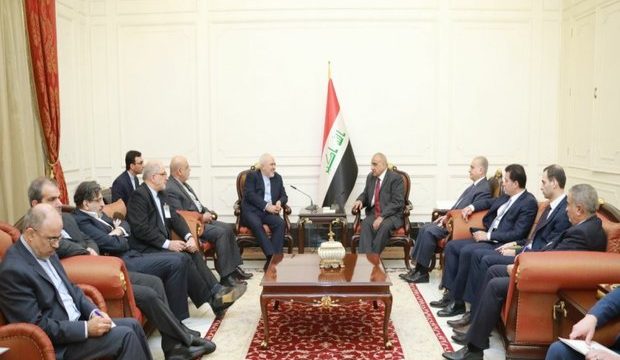 Heading a high-ranking Iranian delegation, Zarif arrived in Baghdad for an official visit.

At the meeting, the two sides explored avenues for further expansion of bilateral relations. They also discussed the latest developments in the region.

For his part, Abdul-Mahdi pointed to the cultural and historical commonalities between the two countries, and reiterated the necessity for boosting mutual cooperation.

In reply, the Iranian minister appreciated Iraqi government’s stance regarding regional developments and Baghdad’s attitudes toward the Islamic Republic of Iran.