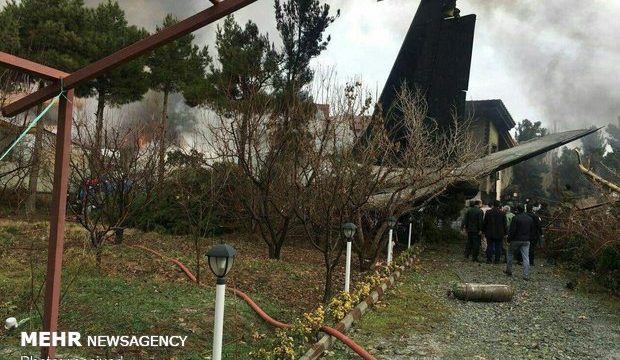 IRNA – The plane that crashed in an Iranian airport Monday morning was carrying meat from Bishkek, Kyrgyzstan, said the Public Relation Office of the Iranian Army in a statement.

The plane which was a Boeing cargo 707 made an emergency landing in Fath Airport, in the province of Alborz west of capital, Tehran.

It was on the runway when it hit a wall and caught fire.

According to the statement, the reason of the crash and the condition of the people on board are still under scrutiny.

Iran Emergency Organization Mojtaba Khaledi told IRNA that seven out of 16 people onboard were killed while one of them who survived is in critical condition in the hospital.

He further noted that the plane hit a house close to the airport but caused no casulaties as the residential unit was empty at the time of the incident.

Investigations are still underway to find any other probable casulaties, he added.

An official of Iran Civil Aviation Organization (CAO) said on condition of anonymity that the Boeing-707 mistakenly landed at Fath Airport in Karaj while the pilot could not control the plane on the runway.