A Look at Iranian Newspaper Front Pages on January 14

Iran Front Page – IFP has taken a look at the front pages of Iranian newspapers on Monday, January 12, 2019, and picked headlines from 13 of them. IFP has simply translated the headlines and does not vouch for their accuracy.

Almost all papers today covered the statements made by Iranian Foreign Minister Mohammad Javad Zarif in Baghdad on enhancing ties with the Arab country.

Also a top story was Poland’s planned hosting of an Anti-Iranian summit and the Iranian officials’ reactions to the decision.

1- US official’s visit to Lebanon before Anti-Iranian Summit in Poland: Al-Hayat

2- We Understand Turkey’s Reasons for Safeguarding its Borders: Pompeo 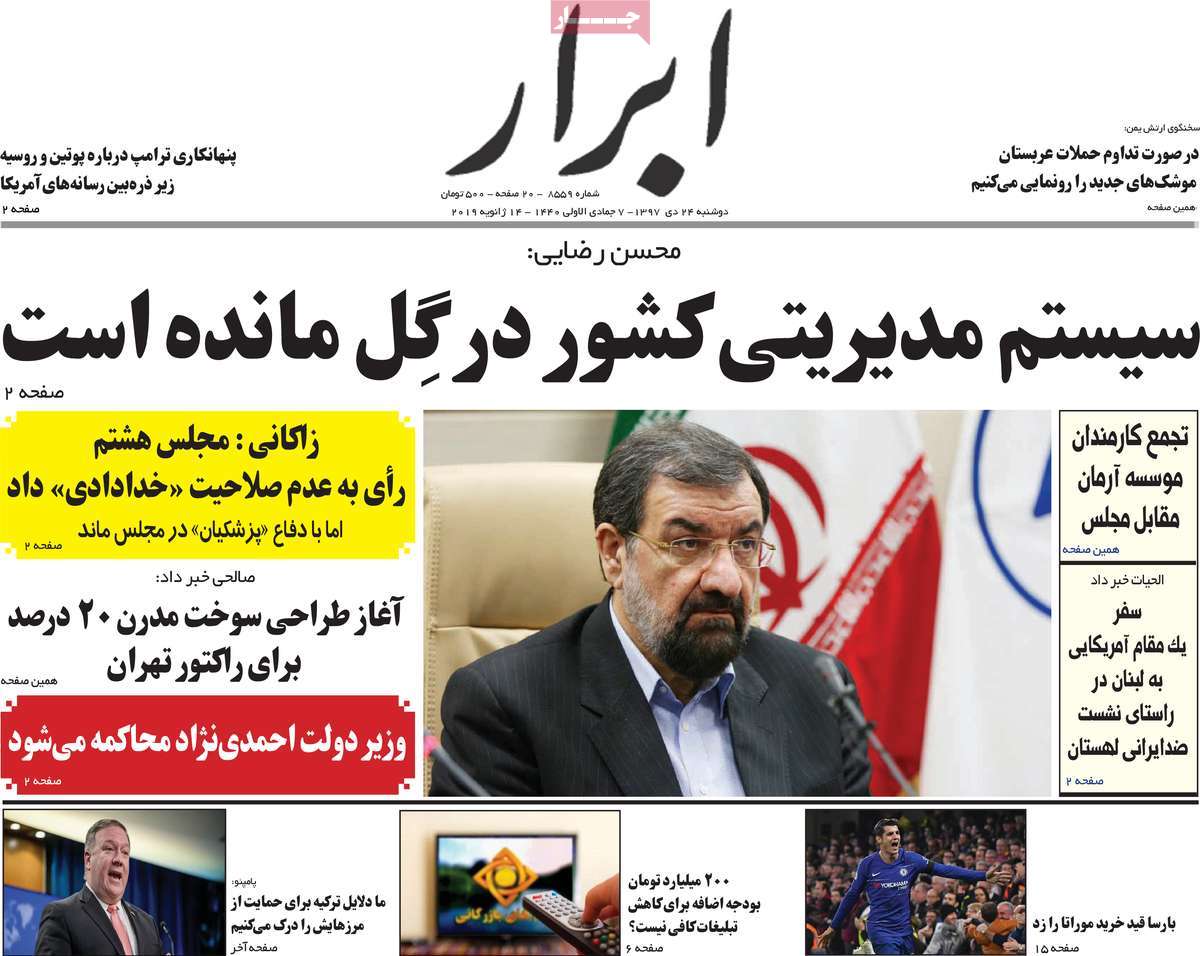 1- US Says It Will Not Renew Iran Waivers 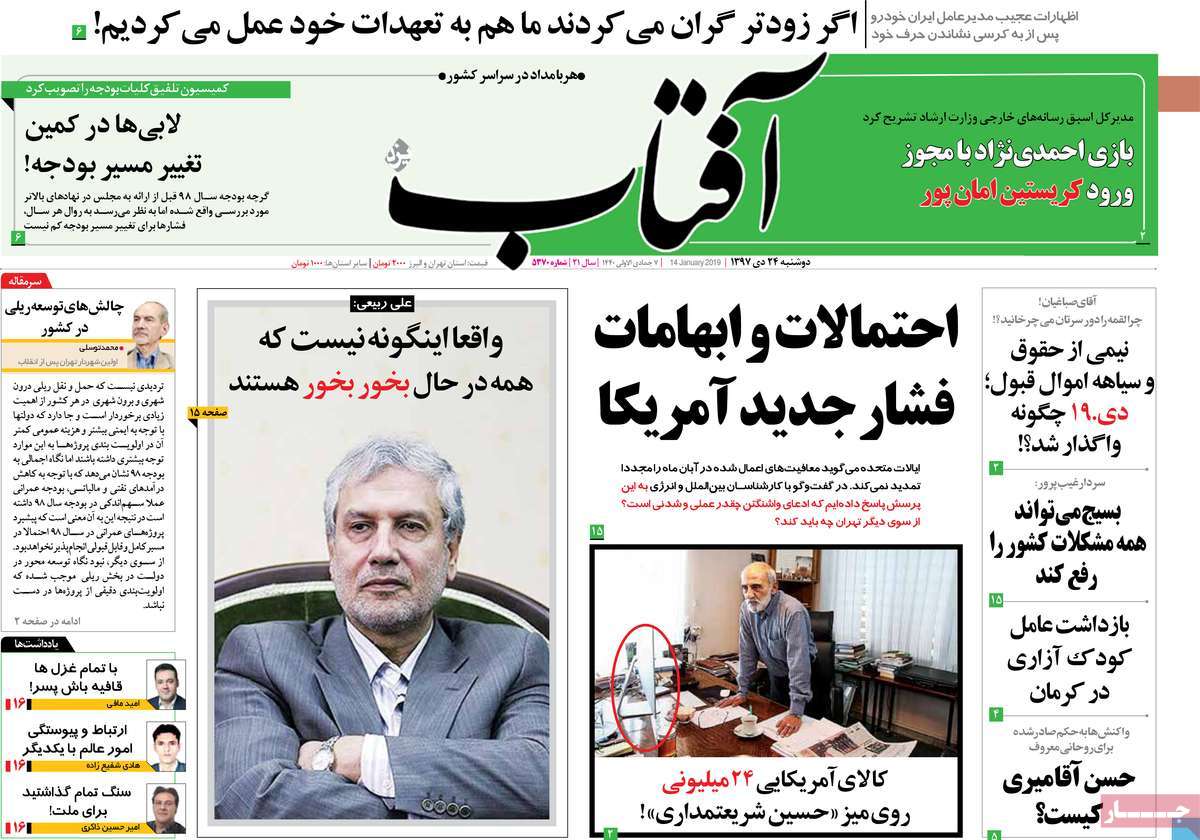 1- Gap between Parties Provides Opportunity for US: Expert 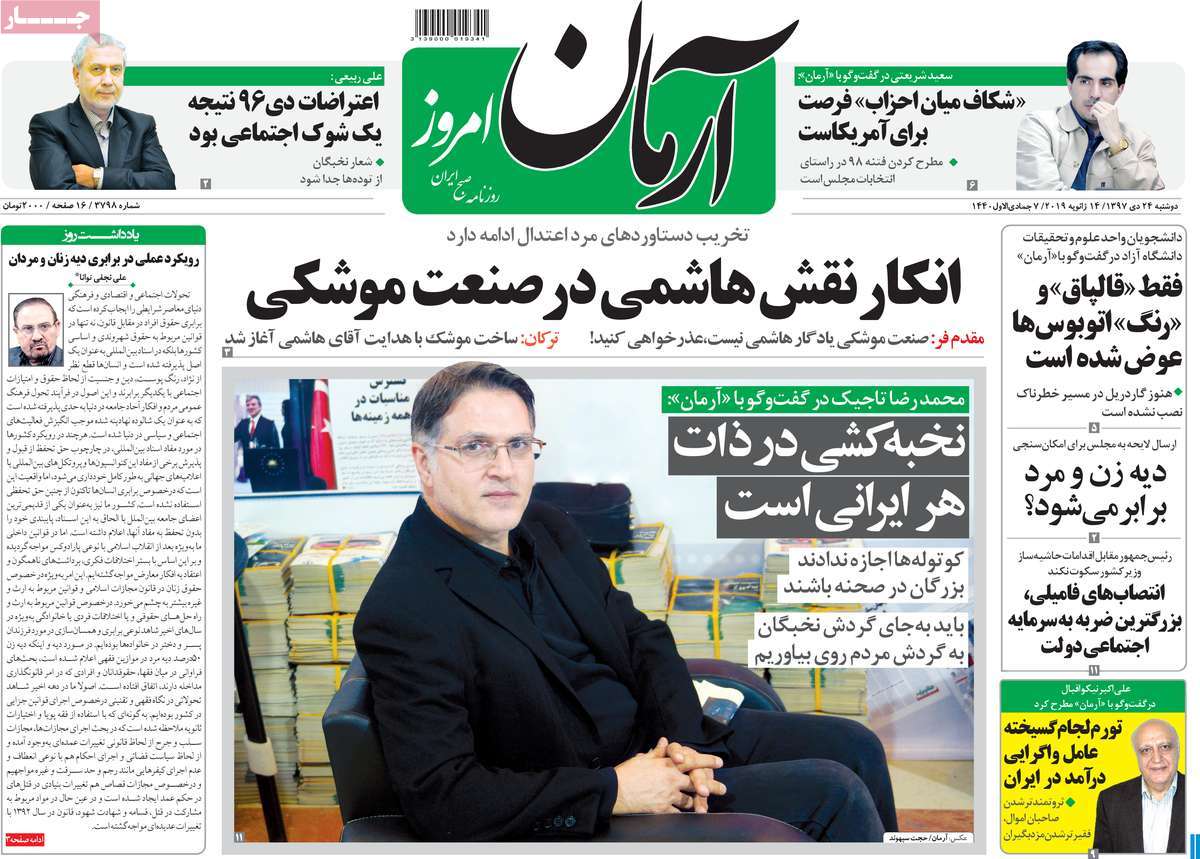 3- British Parliament to Vote on Brexit on Tuesday 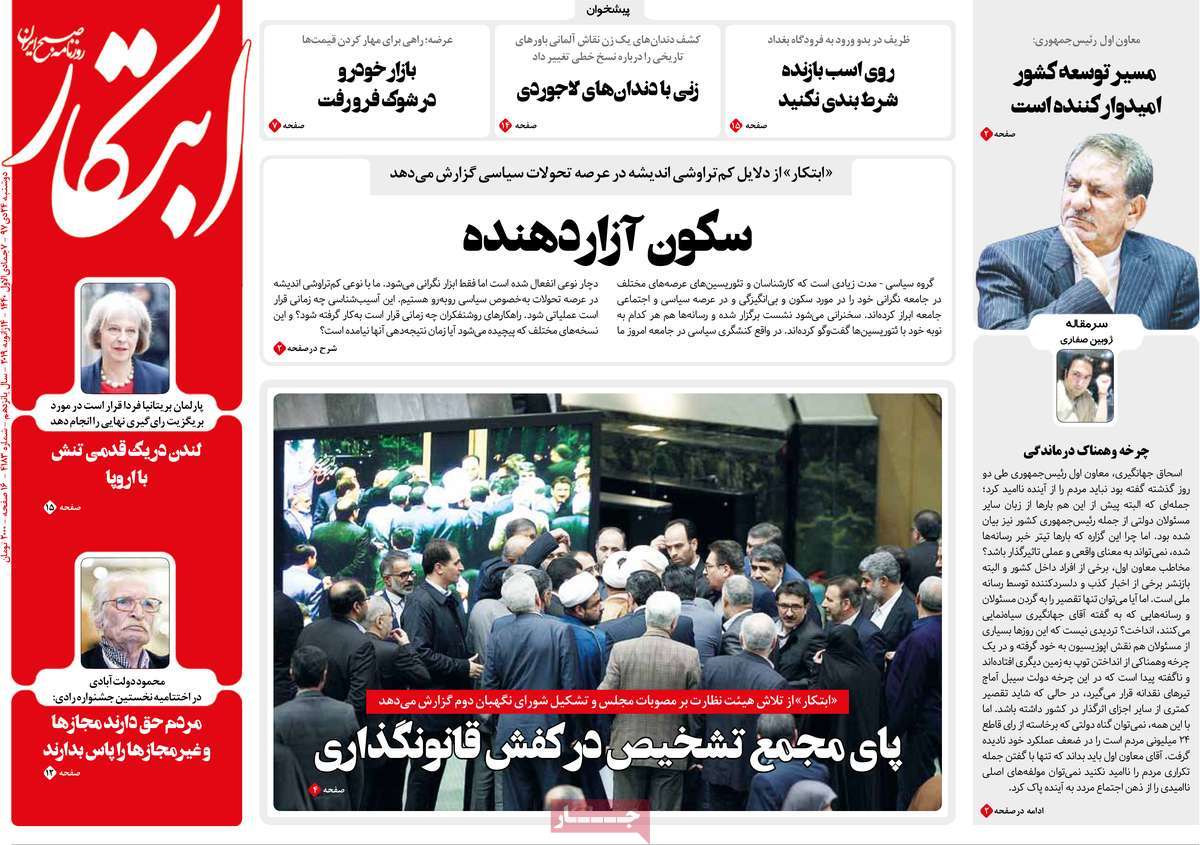 1- Trump Does Not Provide Info on Bilateral Meetings with Putin 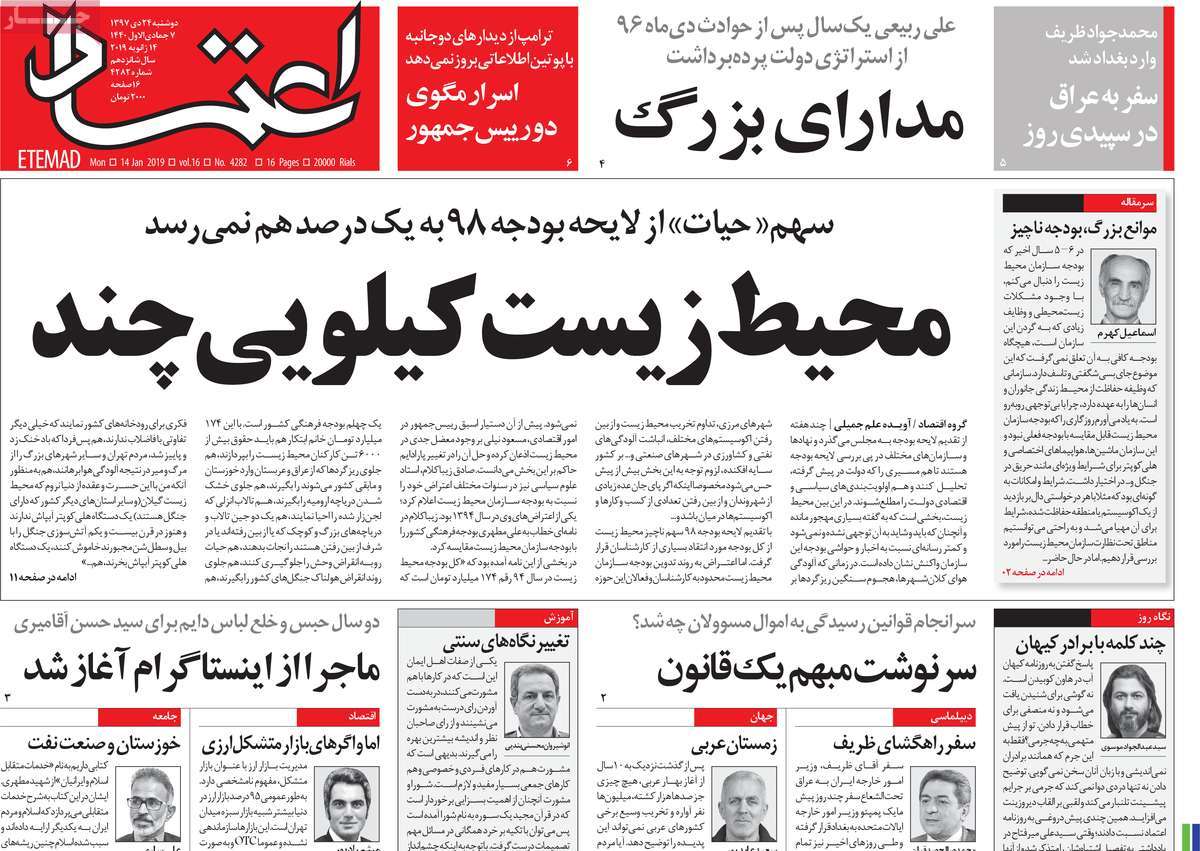 2- We Pass Through Hard Times with Prudence: Jahangiri

3- Zarif Reacts to US Sabotage in Iran-Iraq Relations 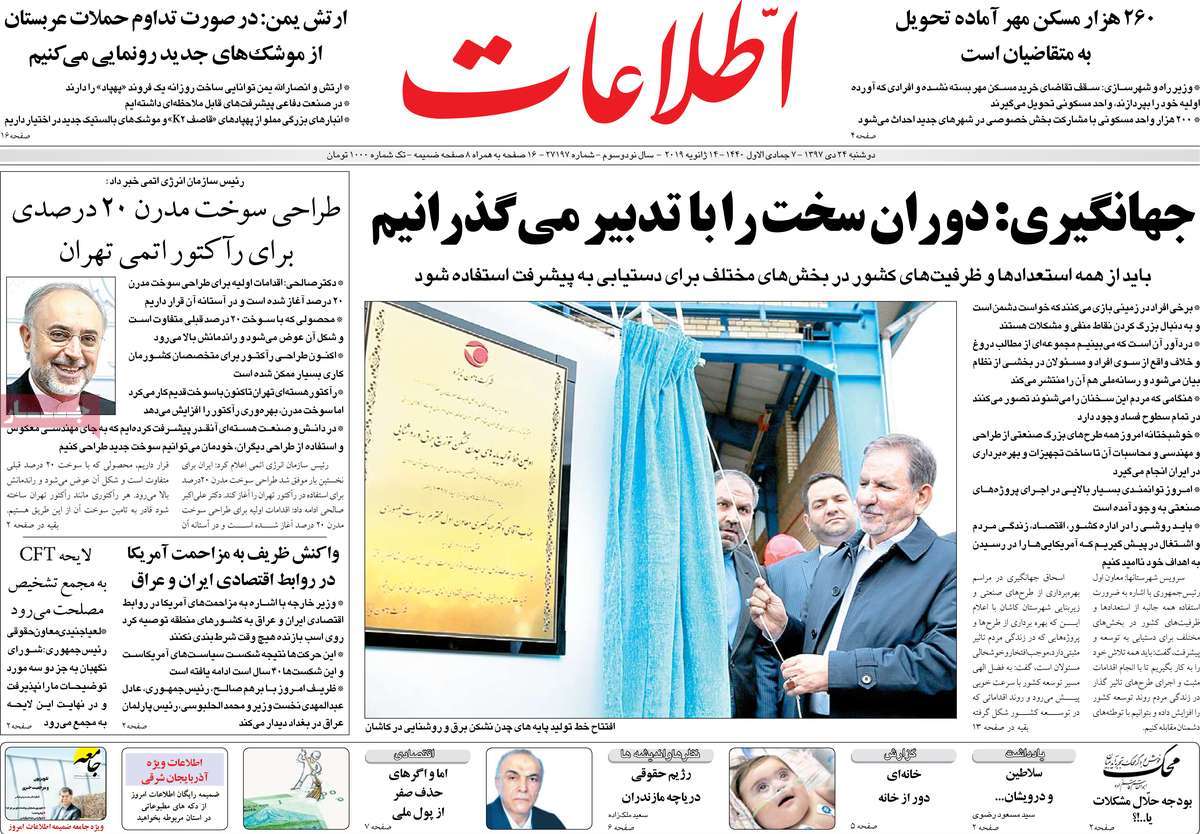 2- We Shall Not Pin Hopes on US Internal Conflicts: FM Zarif

3- We Do Not Negotiate with US over Regional Issues

4- Others Must Not Pay Cost of Europe’s Security 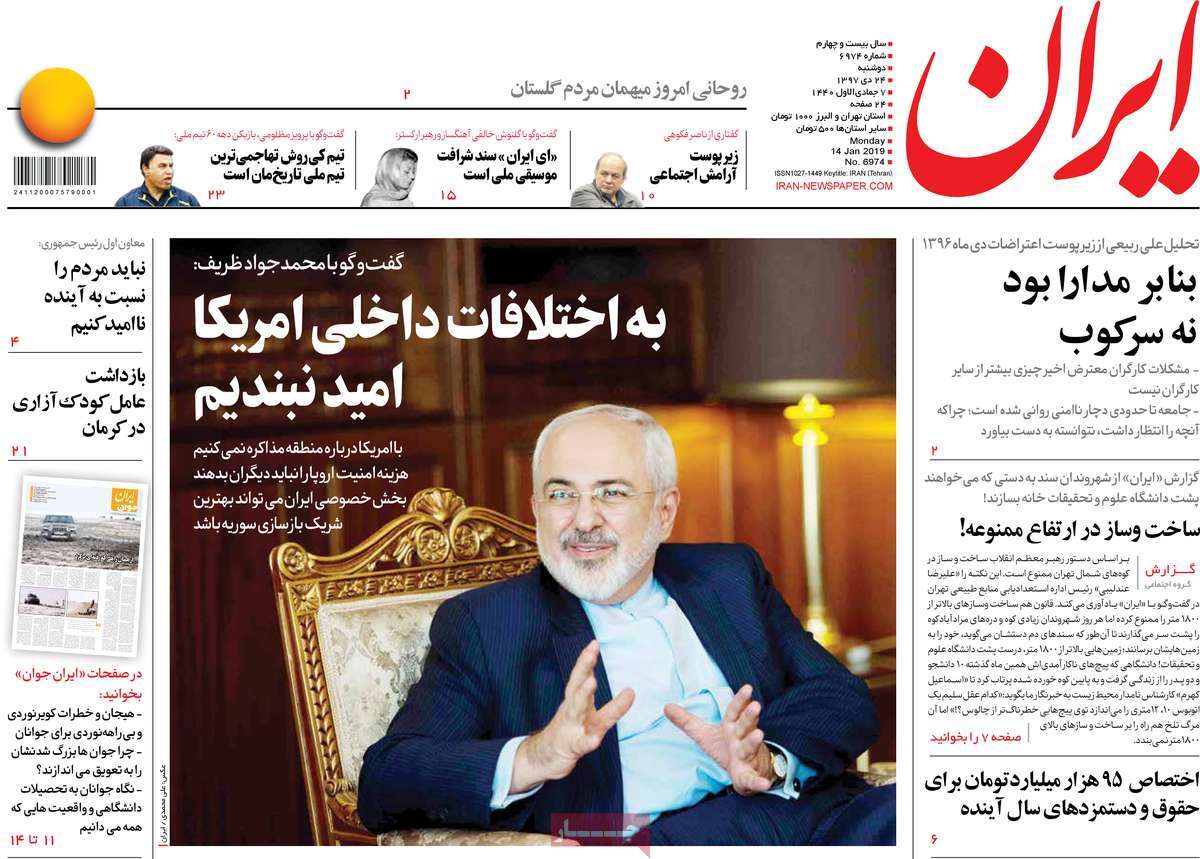 1- ‘Goods Exported, Imported Without Any Problem’

2- Indian Refinery Imports One Million Barrels of Oil from Iran 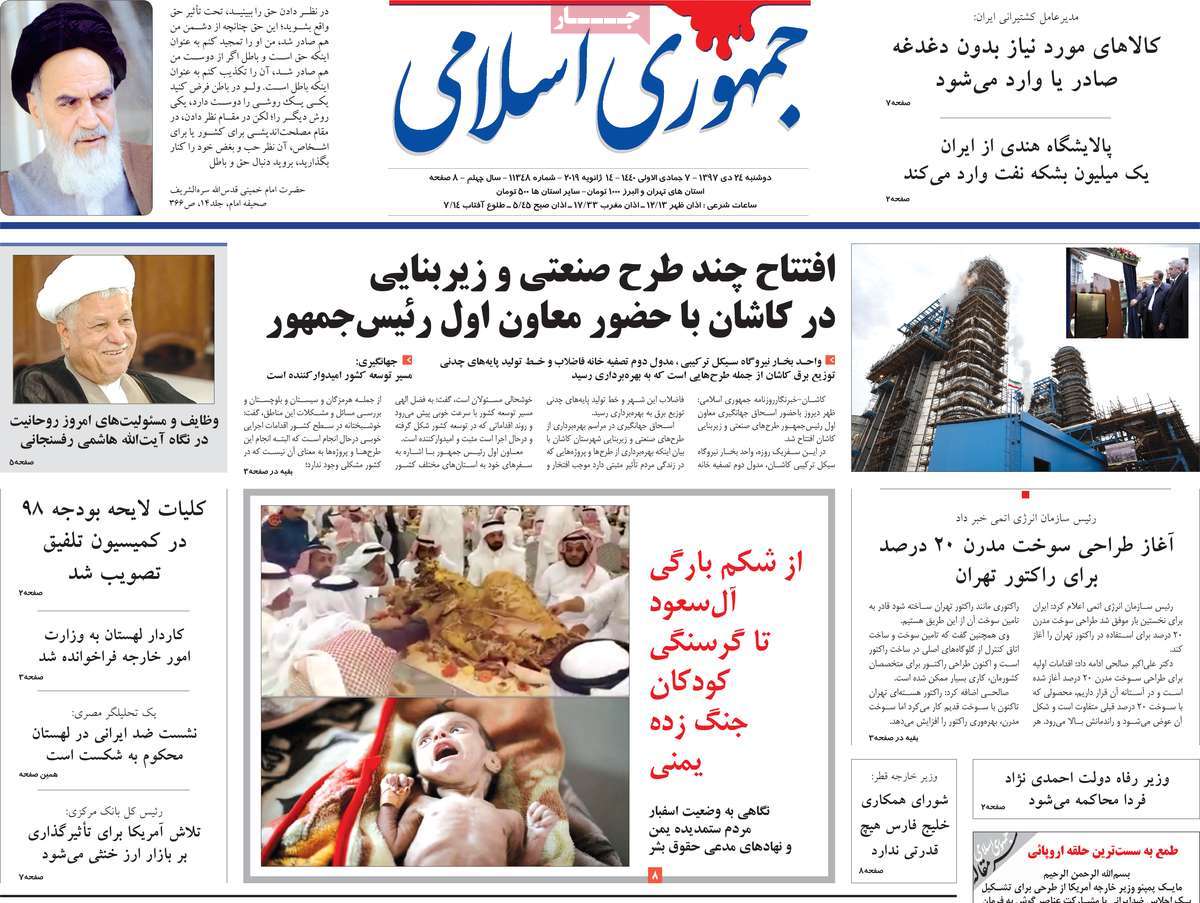 1- Fate of Friends of Syria Conference Depending on Poland Summit 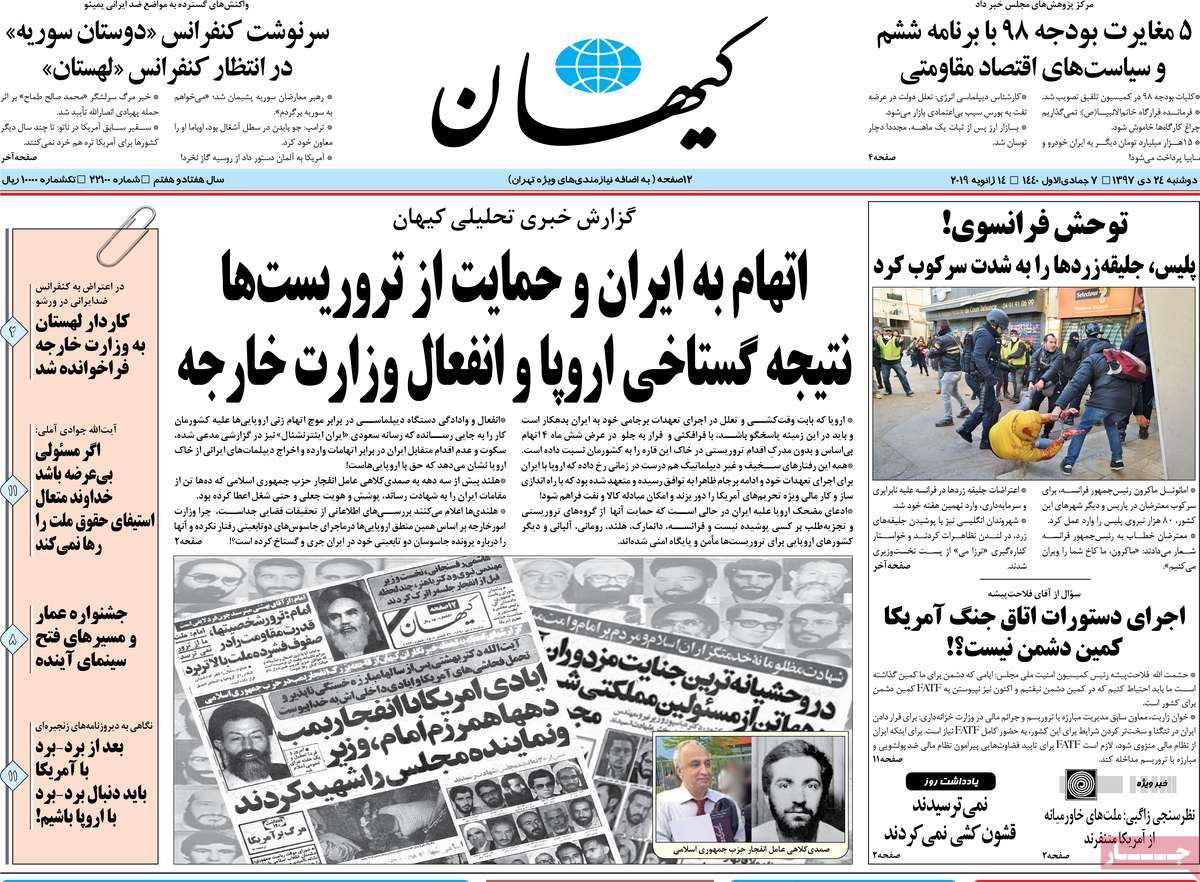 1- Warsaw; US Mercenary on Iran, Europe 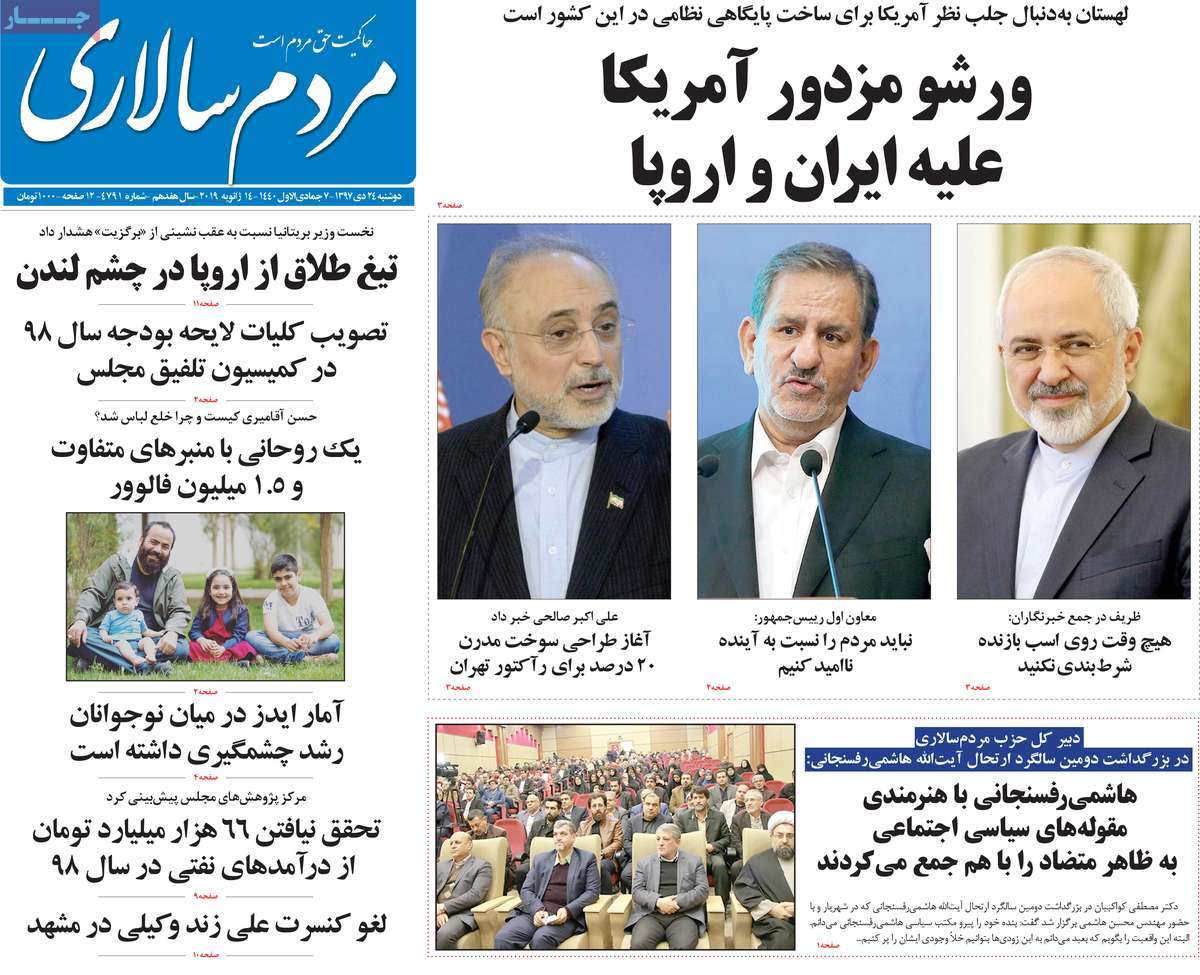 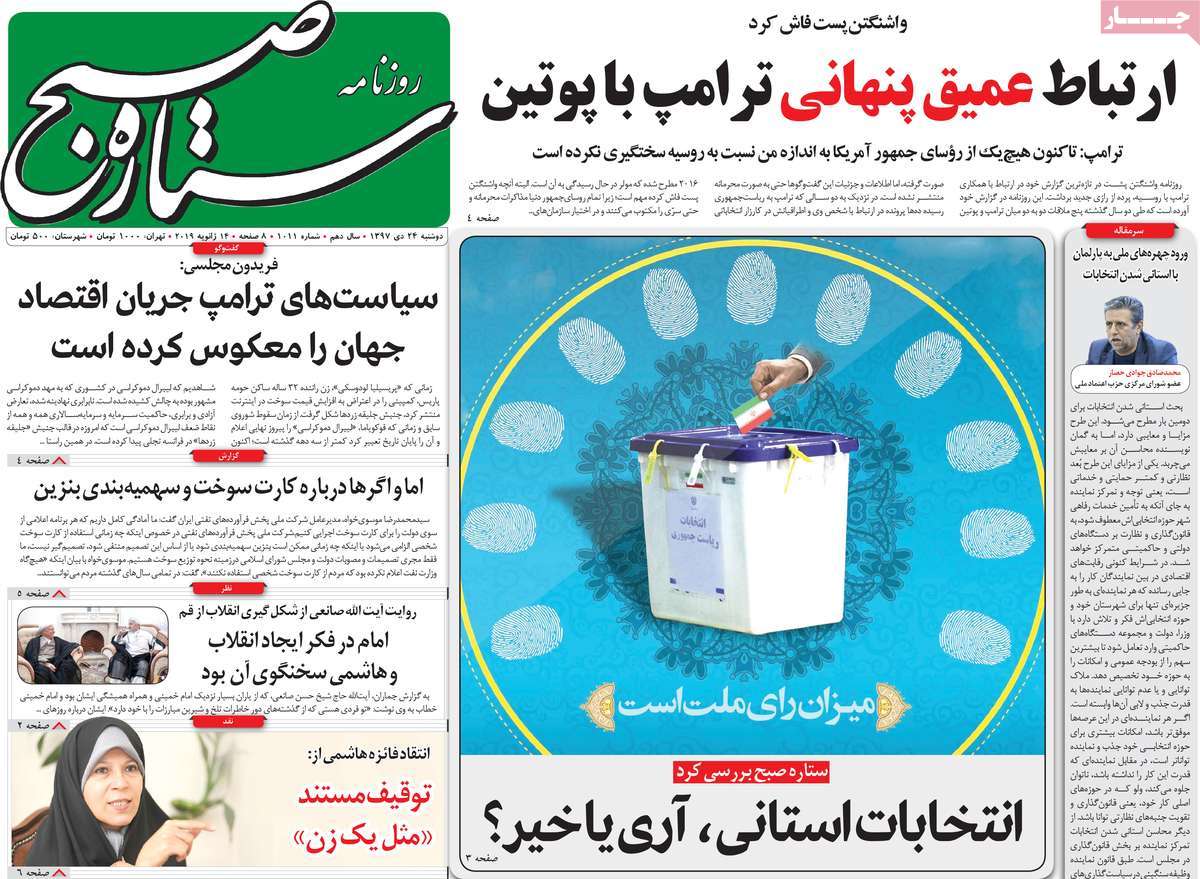 1- Poland Should Respond to Consequences of Anti-Iran Summit: Iran Spokesman 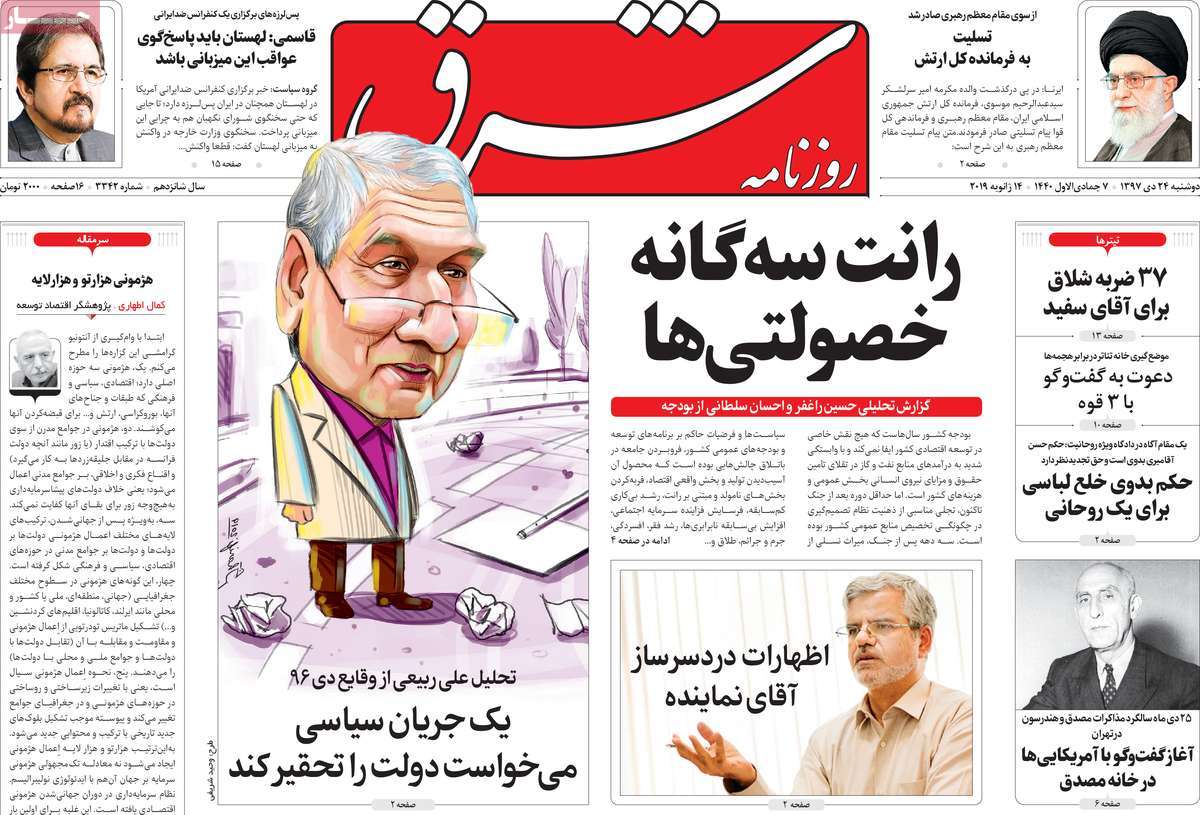