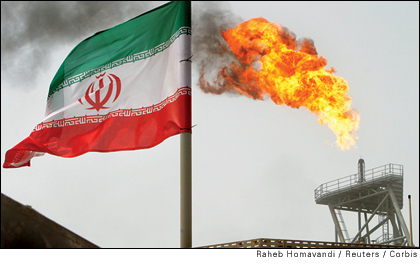 Iranian Foreign Ministry spokesman Bahram Qasemi said that the allegations repeatedely leveled against Iran by the US President Donald Trump claiming that Tehran was keen for talks with Washington were merely the expression of Trump’s own false and absurd dreams.

US sent messages to negotiate with Iran on Afghanistan, Shamkhani says

Secretary of Iran’s Supreme National Security Council (SNSC) Ali Shamkhani highlighted the US failures in regional countries, including Afghanistan and Syria, and said Washington sent messages to him asking for negotiations about the Afghan crisis.

Talks with Taliban never to lead to talks with ISIL, Jabhat al-Nusra: Shamkhani

Rear Admiral Ali Shamkhani, the representative of Iran’s Leader and secretary of the country’s Supreme National Security Council (SNSC) pointed to Iran’s recent negotiations with Taliban on the Afghan-Afghan peace issues, dismissing the possibility of holding talks with ISIL and Jabhat al-Nusra terrorists.

Iran talks with Taliban was aimed at maintaining peace to Afghanistan, Iranian defense minister said on Monday, adding that it was held with Afghan government coordination.

A spokesman for the Afghan Taliban says that negotiations between the militant group and Iran are “necessary.”

Iran’s foreign minister reacts to a picture showing the US national security advisor wearing virtual reality goggles allegedly reconstructing the past on a tour in the Israeli-occupied holy city of Jerusalem al-Quds.

Iran will keep working with Europe to put into effect a special purpose vehicle (SPV) for international trade with Tehran under the 2015 nuclear deal, but would not stand by waiting for the EU, Iranian Foreign Minister Mohammad Javad Zarif said.

The Iranian First vice president Es’hagh Jahangiri has told euronews that the European countries have faced a big test in their history since the World War II with regard to Iran nuclear deal, calling on them to take practical measures to implement the deal.

EU’s trade mechanism for Iran to be set up “soon”: spox

European Union’s spokesperson said Mon. that the bloc is still working on setting up a payment mechanism to facilitate trade with Iran and bypass US sanctions.

The Supreme Council of Economic Coordination stressed the need for accelerating the implementation of agreements with neighbouring countries.

US pure obsession with Iran like attitude of failing psychotic stalkers: FM Zarif

Iranian Foreign Minister Mohammad Javad Zarif says the United States has a “pure obsession” with Iran which is very much like the attitude of “persistently failing psychotic stalkers.”

Parliament has began a session Wed. to review a report by National Security and Foreign Policy Committee on the bill on Iran’s accession to the convention against the funding of terrorism (CFT).

US targeting religious foundations in war against Iran

Iranian Parliament Speaker Ali Larijani said the United States may seem to wage security, political and economic war against Iran, but in principle, they target religious foundations, as the source of their adventures.”

Leader: Some US officials claim insanity, but are ‘first class idiots’

Leader of Islamic Revolution Ayatollah Seyyed Ali Khamenei said Wed. that some US authorities claim insanity, but they are in fact “first class idiots”.

The Iranian Foreign Ministry has condemned a decision by the European Union to place two Iranian individuals and a department of the Iranian Intelligence Ministry on its “terror” list over what it calls links to “foiled attacks” in Europe.

Iran calls for US’ rapid withdrawal from Syria

Iranian Foreign Minister Mohammad Javad Zarif on Wednesday called for rapid withdrawal of the US forces from Syria.

Addressing a forum in New Delhi, Iranian Foreign Minister Mohammad Javad Zarif said the West does not control or even influence all significant developments anymore, offering initiatives for regional stability and collective efforts for a strong region.

Iran will not comply with ‘illegal’ US sanctions: oil minister

Iranian Oil Minister Bijan Zanganeh said on Thursday U.S. sanctions against his country were “fully illegal” and Tehran would not comply with them.

The EU foreign policy chief has said that Europe and the international community will preserve the Iranian nuclear deal, adding that the United States is not allowed to make decisions over Europe’s legitimate trade with Iran.

India will continue to import Iranian oil despite US sanctions – Ministry

A day after Washington threatened to impose further economic sanctions against Iran, India once again reiterated that it will continue to import Iranian crude oil to fulfill the country’s energy needs.

Iran’s Ambassador to London Hamid Baeidinejad complained that Europe has turned into a “safe haven” for all the terror outfits, including the Mujahedin-e Khalq Organization (MKO or MEK) terror group, that are pursuing Iran’s “disintegration”.

Iranian Foreign Minister Mohammad Javad Zarif has lashed out at an anti-Iran conference due to be held by the US in the Polish capital of Warsaw next month, describing it as a “desperate circus” that will disgrace the participants.

The Iranian Defense Minister Brigadier General Amir Hatami has held a meeting with his Venezuelan counterpart on a visit to the Latino American country.

Iranian Oil Minister Bijan Namdar Zanganeh and his Iraqi counterpart Thamir Ghadhban, in a meeting in Baghdad, exchanged view on ways to broaden bilateral cooperation, and pledged to expand relations between oil industries of the two countries.

Secretary of the Supreme National Security Council Rear Admiral Ali Shamkhani has reacted to the US’ announcement of holding an anti-Iran conference in Polish capital Warsaw next month.

The Leader of the Islamic Republic Ayatollah Khamenei has sent a message to the Union of Islamic Student Association in Europe (UISAE).

The Islamic Republic of Iran’s Air Force (IRIAF) concluded an aerial exercise in the central areas of the country on Friday.

Head of Iran’s Foreign Policy Strategic Council Kamal Kharrazi said Sat. that Iran has not changed the principles of its foreign policy since the 1979 Islamic Revolution.

Iranian Deputy Foreign Minister for Political Affairs Seyed Abbas Araqchi deplored the Polish government for its decision to hold a US-backed anti-Iran conference next month, describing it as an instance of Warsaw’s ungratefulness as Tehran hosted and helped thousands of Polish nationals during the World War II to return home.

Iranian Foreign Minister Mohammad Javad Zarif plans to make an official visit to Iraq in a bid to boost bilateral relations between the two neighboring countries.

The Supreme Council of Economic Coordination was held on Saturday with President Hassan Rouhani as the chair and the Speaker of the Parliament attending.

Iranian Foreign Ministry has summoned Polish Charge d’Affaires to voice protest over the hosting of an anti-Iran, so-called ‘peace and security in Middle East’ conference by US and Poland in February.

Lopping four zeros off rial to take about 2 years

Governor of the Central Bank of Iran (CBI) Abdolnaser Hemmati said on Mon. that removing four zeros off national currency ‘rial’ will take about two years.

Turkey has resumed imports of Iranian crude oil after a one-month hiatus in November when U.S. sanctions on Iran were reimposed, trading and shipping sources said.

Governor of the Central Bank of Iran described a plan to lop off four zeros from the country’s currency as a formal move that would not have an impact on the inflation or economic growth.

Tunisian Presidential Advisor Lazhar Al-Qorawi Al-Chabi said that the Arab League is currently studying the possibility of restoring Syria’s membership in the organization.

US National Security Adviser John Bolton’s visit to the Old City of the Israeli-occupied Jerusalem al-Quds has been met with angry responses from Palestinians.

he United States must closely coordinate its planned pullout from Syria with the “right partners” in order to protect itself and the Syrian people, Turkish President Recep Tayyip Erdogan said on Monday in an op-ed published by the New York Times.

Russian Foreign Ministry Spokeswoman Maria Zakharova said Moscow had the impression that the United States was trying to back down from withdrawing its forces from Syria.

Iran ranks 1st in Mideast, 16th in world in nanotechnology

Iranian scientists could stand atop the Middle-Eastern states in the development and advancement of nanoscience and nanotechnology, a reputable international magazine reported, adding that the country ranks 16th in the world.

The Iran men’s national football team thrashed Yemen in its first match at the 17th edition of the Asian Cup underway in the UAE.

Head of the Iranian Space Agency (ISA) Morteza Barari announced that the space technology in Iran has grown 134 percent.

Afghan Deputy Minister of Water Khan Mohammad Takal says his country is committed to fulfilling its obligations over sharing the water from the Hirmand (also known as Helmand) River and its tributary to Iran.