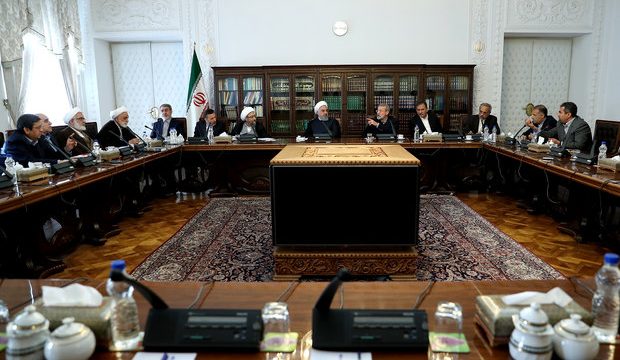 MNA – The Supreme Council of Economic Coordination was held on Saturday with President Hassan Rouhani as the chair and the Speaker of the Parliament attending.

According to the official website of the Iranian Presidency, during today’s meeting, the Central Bank of Iran (CBI) was instructed to take advantage of all means to secure the rights of those who had deposited their money in credit institutes.

The council also emphasized serious, comprehensive, and inclusive fight against the roots of economic corruption.

Another issue that was discussed and underscored by the council was that the media should counter the enemies’ conspiracies for killing hope in the people.