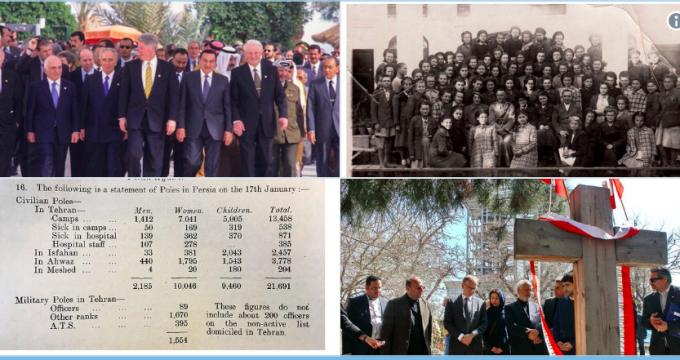 January 13, The Iran Project – Iranian officials have strongly reacted to an anti-Iran conference due to be held by the US in the Polish capital of Warsaw on February 13-14, condemning it as a “desperate circus” that will disgrace the participants.

US Secretary of State Mike Pompeo’s announcement that the summit is going to focus on Iran has drawn tough reactions from Iranian officials including  Foreign Minister Mohammad Javad Zarif, Secretary of the Supreme National Security Council Rear Admiral Ali Shamkhani and Chairman of the National Security and Foreign Policy Commission of Iranian Parliament Heshmatollah Falahatpisheh.

Moreover, director of the Cinema Organization of Iran announced that a Polish Film Week event has been canceled due to Tehran’s protest over an anti-Iran conference in Warsaw.

Meanwhile, in protest at the upcoming US-led summit, the Iranian Foreign Ministry has summoned Polish chargé d’affaires in Tehran on Sunday (Jan. 13).

“This is a hostile measure by the United States against the Islamic Republic of Iran, and Poland is expected to avoid assisting the US in holding the conference,” an Iranian Foreign Ministry official told Wojciech Unolt.

According to official news agency IRNA, Unolt provided explanations regarding the upcoming summit and stated that it was not against Iran.

“He said Poland’s stance is different from that of the US and does not conform with the recent remarks made by US officials,” the agency reported.

The Iranian official, however, rejected the explanation as insufficient, saying the Poland government should immediately compensate for the move or have Iran “inevitably take reciprocal measures.”

Earlier on Friday (Jan. 11), the Iranian foreign minister lashed out at the recent announcement by Washington and wrote in a tweet, “Reminder to host/participants of the anti-Iran conference: those who attended last US anti-Iran show are either dead, disgraced, or marginalized. And Iran is stronger than ever.”

Also, speaking to reports, Ali Shamkhani said, “When someone who says ‘sanctions with maximum pressure’ is reduced to holding ‘seminars and conferences’, it only means that he has lost the upper hand.”

In an interview with IRNA, a senior Iranian MP said that the United States is trying to prove its dominance over Europe by organizing the anti-Iran conference in Poland and this is certainly a defeat for European countries.

Falahatpisheh went on to add that Pompeo was an intelligence officer before becoming a diplomat and hence knows psychological war.

Pompeo’s plans to counter Iran didn’t obtain the necessary results in the United States and now he is trying to pursue them in other countries such as Poland, he noted.

In a meantime, former US Under Secretary of State for International Security Affairs Frank Wisner reiterated that the upcoming anti-Iran conference in  Warsaw will only reduce the chances of reaching an agreement between Tehran and Washington.

The meeting will reportedly bring together leaders from Europe, Asia, Africa, the Western Hemisphere, and the Middle East, including some of Iran’s sworn enemies such as Israeli Prime Minister Benjamin Netanyahu.

The US has synced its policies on Iran with Israel since President Donald Trump withdrew from a 2015 nuclear deal with Tehran and re-imposed Washington’s most draconian sanctions ever on the Islamic Republic.