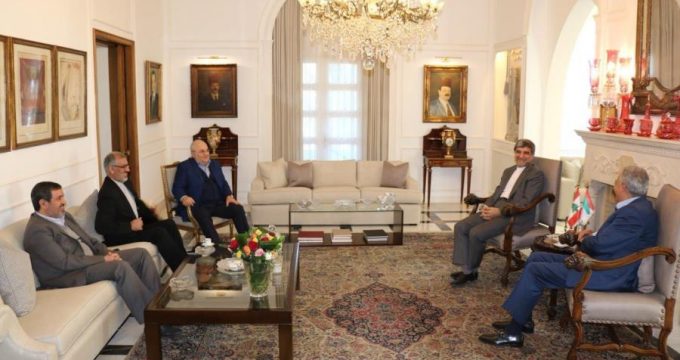 IRNA – Druze Party leader Talal Arslan said on Saturday that in the absence of the Islamic Republic of Iran in Lebanese resistance movement with terrorists and Takfiri groups and Daesh and Zionist regime, terrorists have captured the entire region including Lebanon.

Arslan, also acting Lebanese Minister for the Displaced People, made the remarks in a meeting with Iran’s Ambassador to Beirut Mohammad Jalal Feirouznia on Saturday.

Grounds are now well-prepared for countries who mind to follow Iran along with Syria and Lebanese resistance to help restore stability and nations’ rights in this region.

Road Map and our essential plan in the region require collective support of resistance movement which is regarded as invincible principles, he said.

Measures adopted by western countries seek to materialize whimsical wishes of the Zionist regime, he said.

In the meeting, the Iranian ambassador voiced Iran’s readiness to expand relations and cooperation between the two countries.

Such interactions between the two sides will play decisive role in fight against threats imposed by Zionist regime and existing challenges in the region, he said.