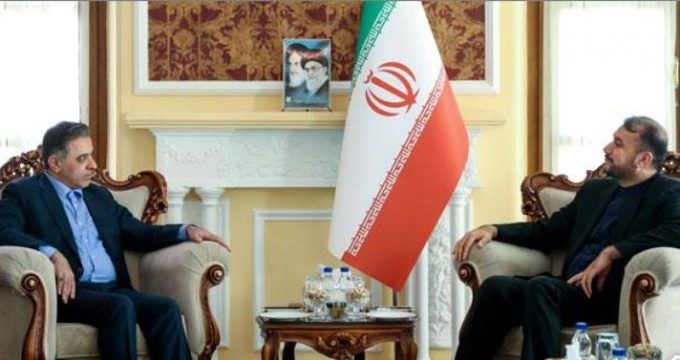 He made the remarks in a meeting with Mohammed Salem Al-Ghabban, member of Iraq’s parliament foreign policy commission.

The Iranian official called for improvement of cooperation between the two countries’ parliaments.

He also lauded Iraqi people and leaders’ role in fighting terrorism and defending the country’s sovereignty.

The US interventionist policy is against the region’s stability and security, Amirabdollahian added.

In the meantime, the Iraqi lawmaker thanked Iran’s support for Iraq and called for improvement of all-out ties with Iran.