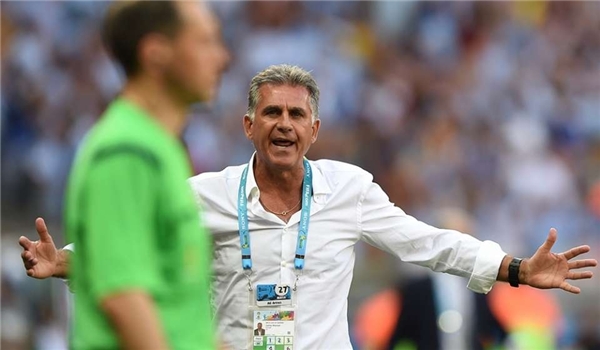 Iran could have scored more against Vietnam, Queiroz says

Team Melli beat Vietnam 2-0 in Group D on Saturday and booked a spot in the AFC Asian Cup UAE 2019 Round of 16.

“We could have scored more than two goals but our players wasted their chances. Vietnam had just one shot on target in the second half. Statistics speak for themselves,” Queiroz said.

“Our players have scored seven goals against Yemen and Vietnam so far. They have met the expectations. I am satisfied with the way they did against Vietnam,” Queiroz stated.