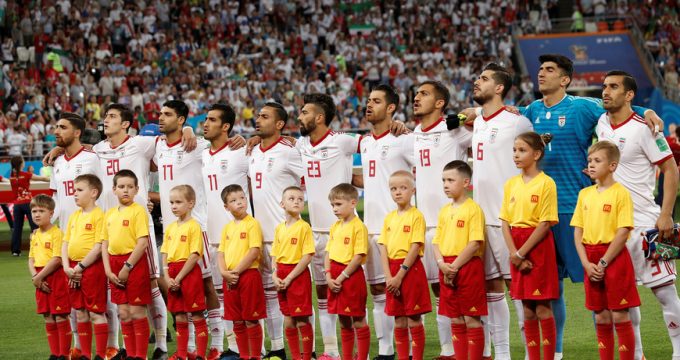 Iran and Iraq advance at Asian Cup, Saudis on verge

AP — Iran and Iraq advanced to the knockout stages of the Asian Cup on Saturday with a game to spare.

Three-time champion Iran beat Vietnam 2-0 and secured its spot in the round of 16 when 2015 semifinalist Iraq beat Yemen 3-0 in another Group D game.

Another three-time champion, Saudi Arabia, moved closer to gaining its spot in the next round after beating Lebanon 2-0 in Group E.

With two wins each, Iran and Iraq meet in Dubai on Wednesday to decide the group winner.

Saudi Arabia meets Qatar on Thursday to close the group stage in a highly charged game amid the political tensions between the two nations.

The top two teams in each group and the four best third-placed teams advance to the round of 16.

It was a record ninth successive victory for Iran in Asian Cup group matches. Asia’s top-ranked team has dominated possession and looked comfortable in its opening two games, scoring seven goals without conceding.

Iran’s Sardar Azmoun took care of the goals against Vietnam, scoring in each half.

Saman Ghoddos crossed for the forward to put Iran ahead with a close-range header before halftime. Azmoun added his second in the 69th with a left-footed strike from the middle of the box for his third goal at the tournament.

Vietnam lost a second straight match after falling to Iraq 3-2.

Iran is led by former Real Madrid and Portugal coach Carlos Queiroz, who is chasing a major title with Iran after eight years in charge.

In Sharjah, Mohanad Ali Kadhim and Bashar Resan Bonyan scored with low shots from outside of the area early in the first half to give Iraq a comfortable advantage against Yemen. Substitute Alaa Abbas sealed it in second-half injury time.

Yemen and Vietnam are pointless and will fight for third place in Al Ain on Wednesday.

In Dubai, Fahad Al Muwallad opened the scoring 12 minutes into the game and Hussain Almoqahwi doubled the lead in the 67th.

With two wins from two, Saudi Arabia leads Group E with six points and could advance with a game in hand if North Korea fails to beat Qatar on Sunday.

Saudi Arabia won its opening two games at the Asian Cup for the first time since 1996, when it last won the title.

After two defeats, Lebanon faces a must win against North Korea to have a chance to make it to the next round.