A Look at Iranian Newspaper Front Pages on January 13

Iran Front Page – IFP has taken a look at the front pages of Iranian newspapers on Sunday, January 13, 2019, and picked headlines from 17 of them. IFP has simply translated the headlines and does not vouch for their accuracy.

The top story in all papers today was the Iranian officials’ strong protest against Poland’s decision to co-host an anti-Iran conference in collaboration with the US.

Also a top story was the second consecutive win of the Iranian national football team in the AFC Asian Cup 2019 in the UAE, which booked a place for the Team Melli in the next round of the tournament.

A viral video of several Iranian conscripts dancing to the music they themselves are playing also received great coverage. Many feared the video would lead to their punishment, but the top military service official General Kamali surprisingly supported the draftees in a post on his Instagram account, and said it is their right to be happy.

2- Washington: We Won’t Issue Any Further Exemptions for Oil Imports from Iran

3- Pompeo: We’ll Continue Our Cooperation with Bahrain on Iran 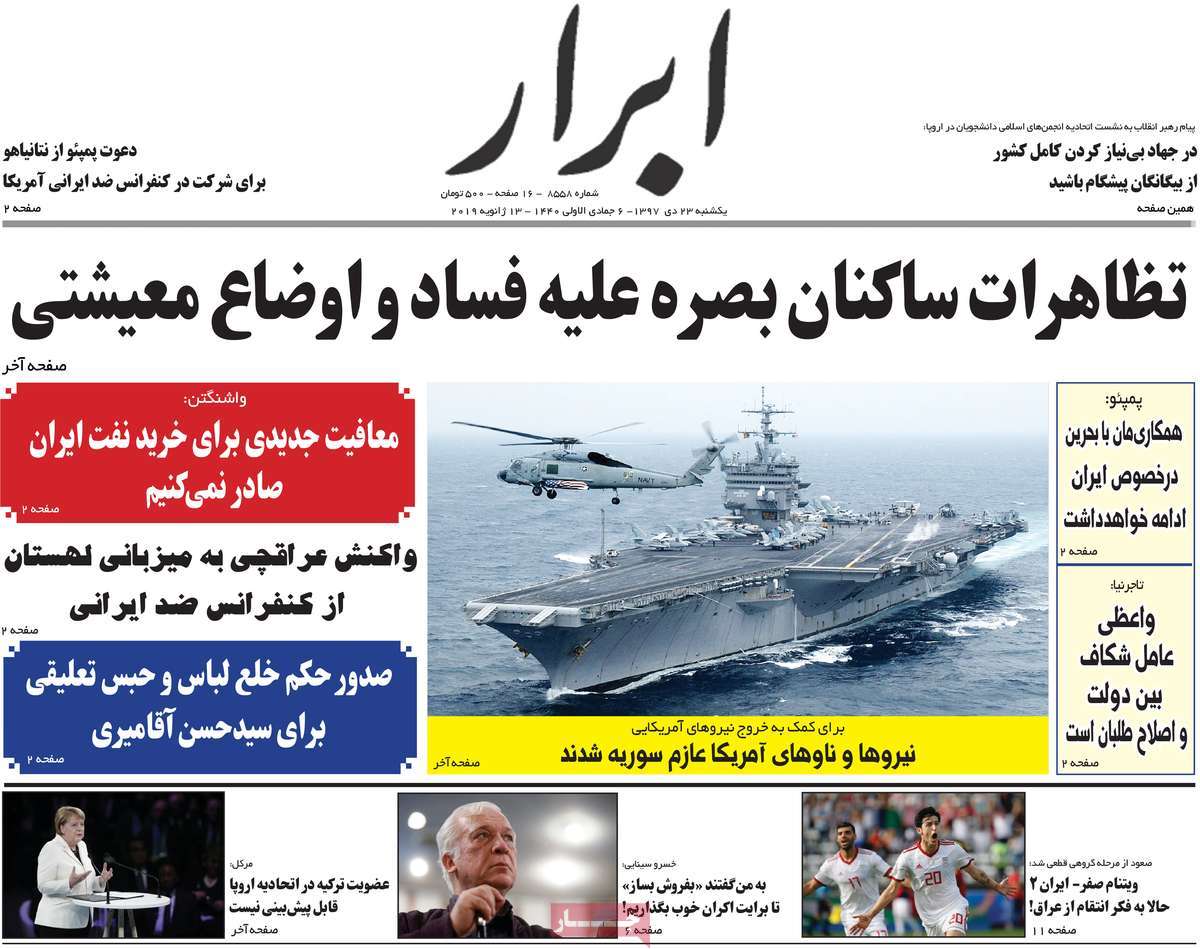 1- Iran Advances to Next Round of AFC Asian Cup

2- Vietnamese Coach: We Were Took Weak to Counter Iranian Strikers 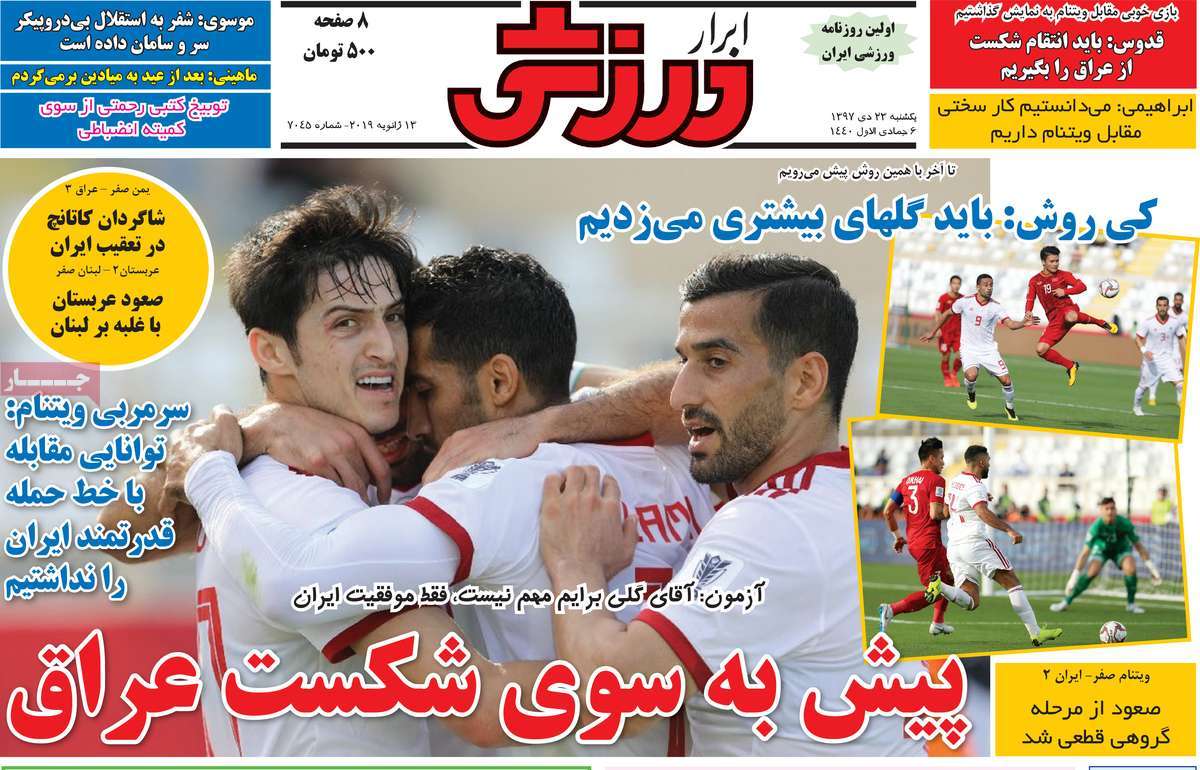 1- Analyst: GOP Will Probably Have to Pick Another Candidate in 2020

2- General: Confidential Documents of Sacred Defence Will Be Published 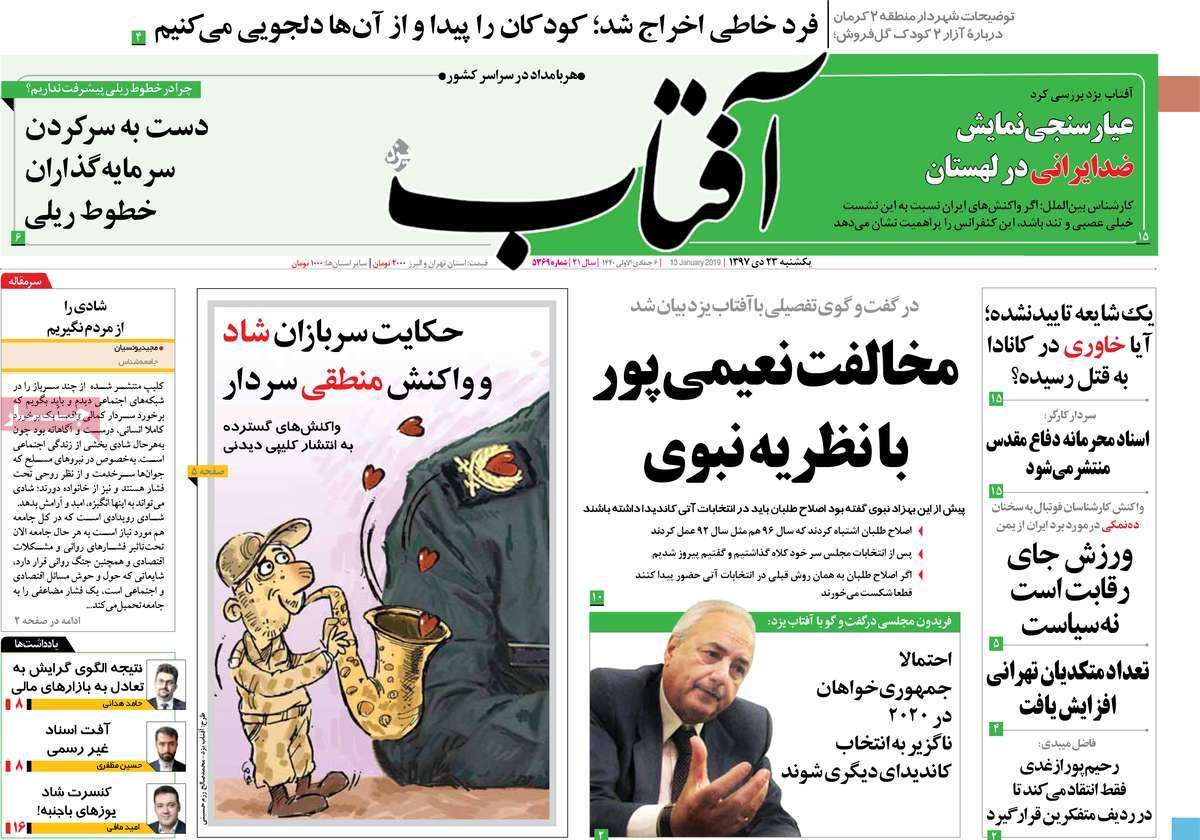 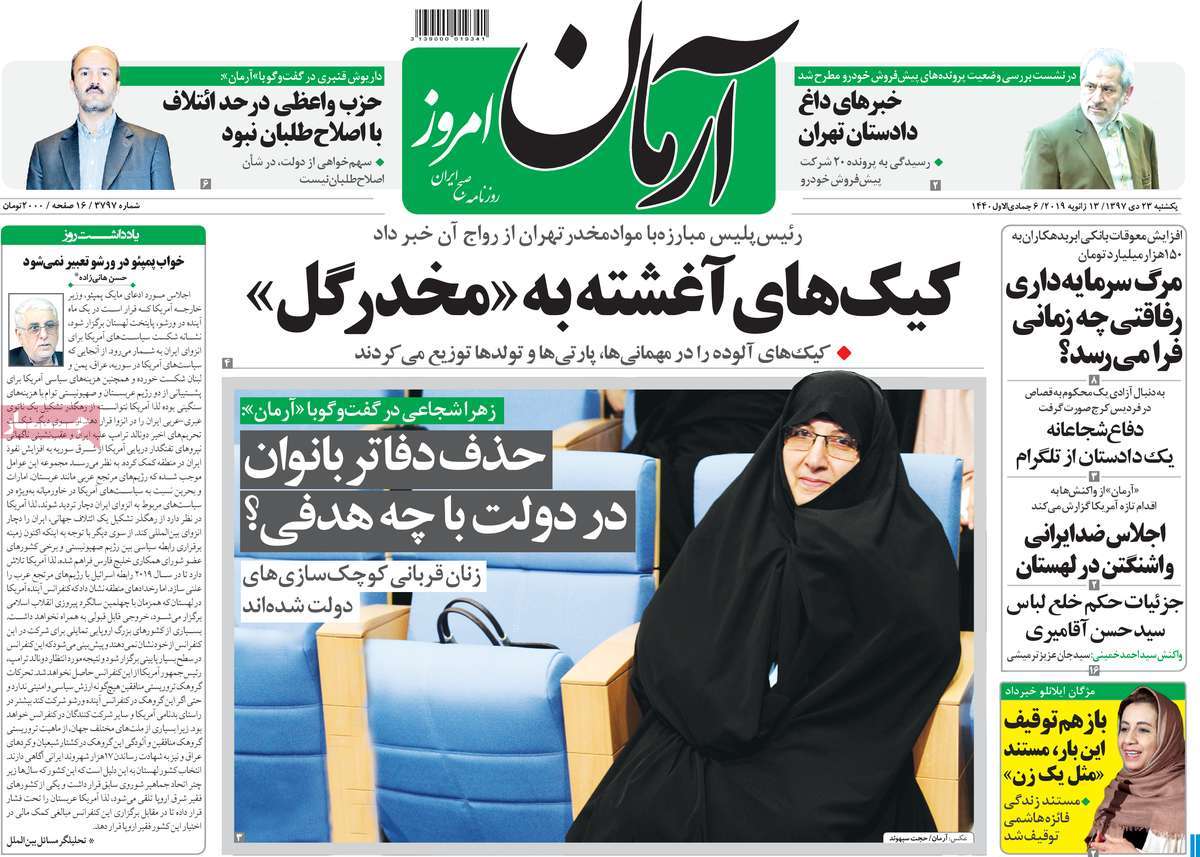 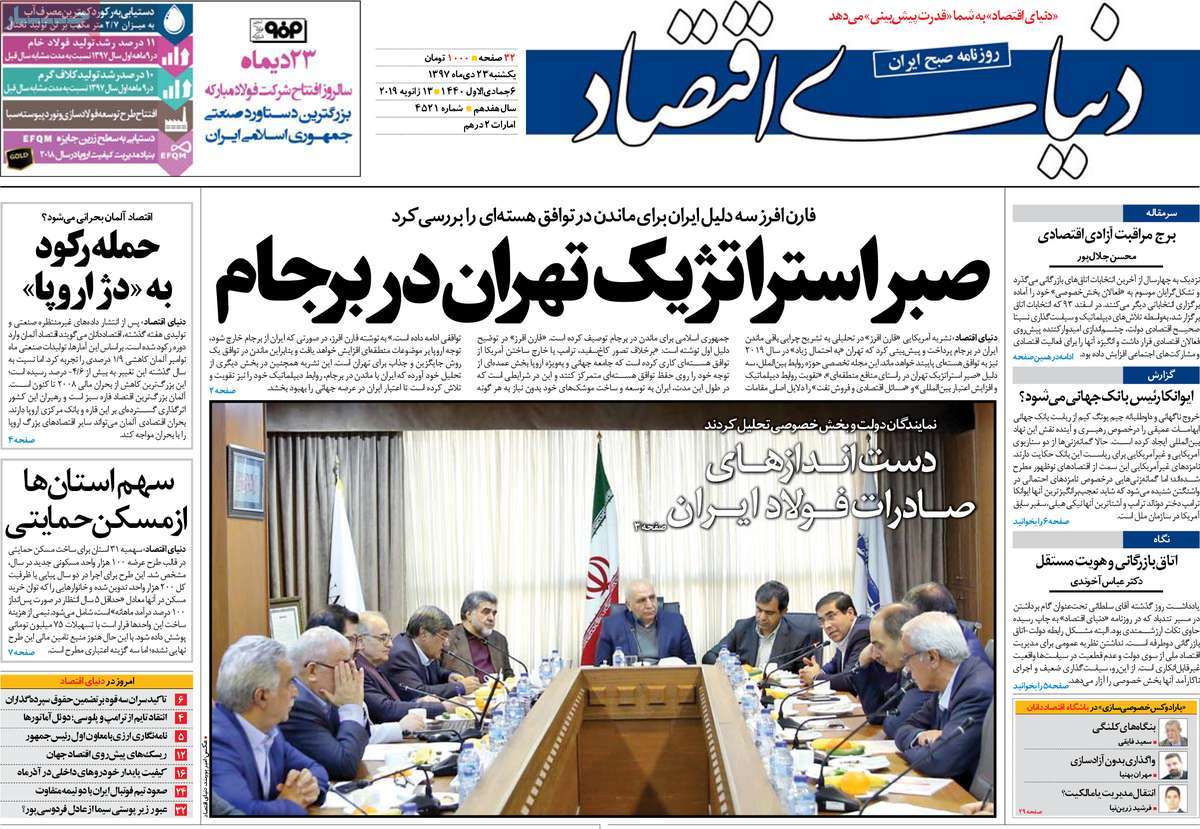 1- Poland Summit Aimed at Covering Up Deal of the Century 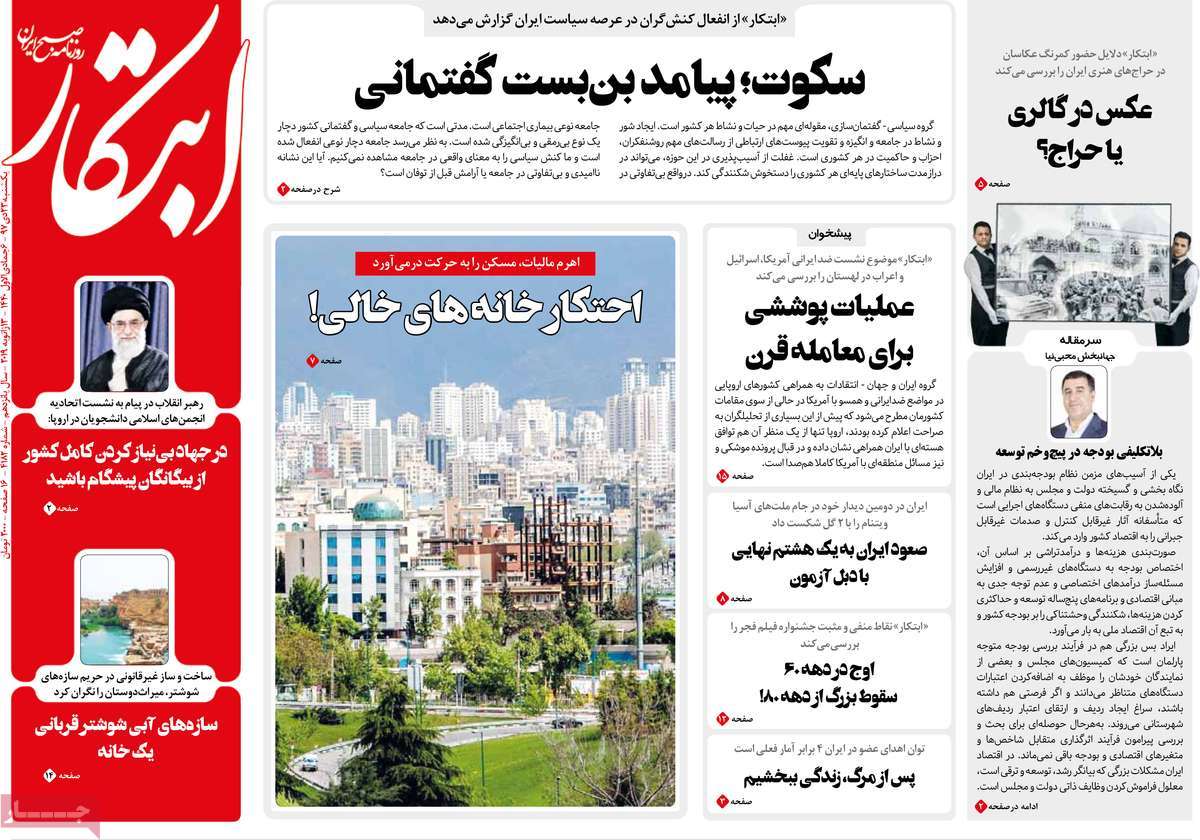 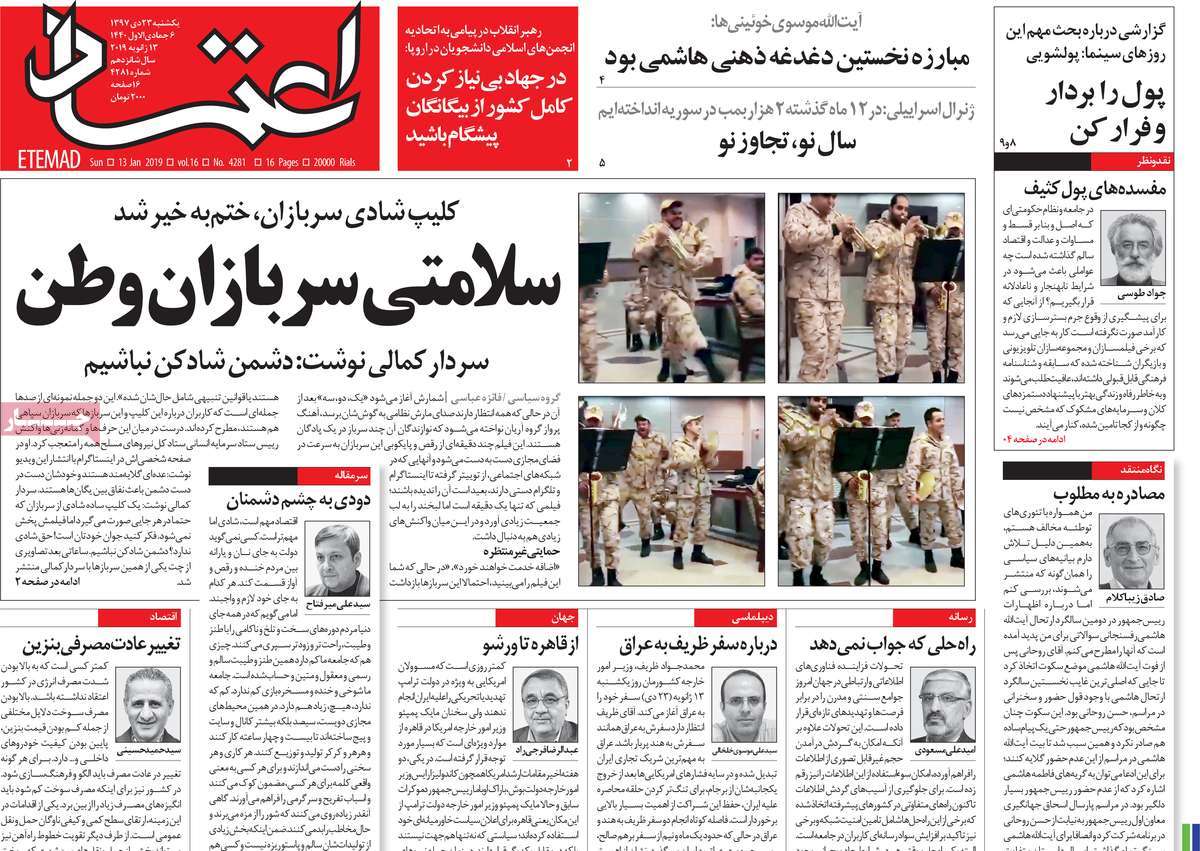 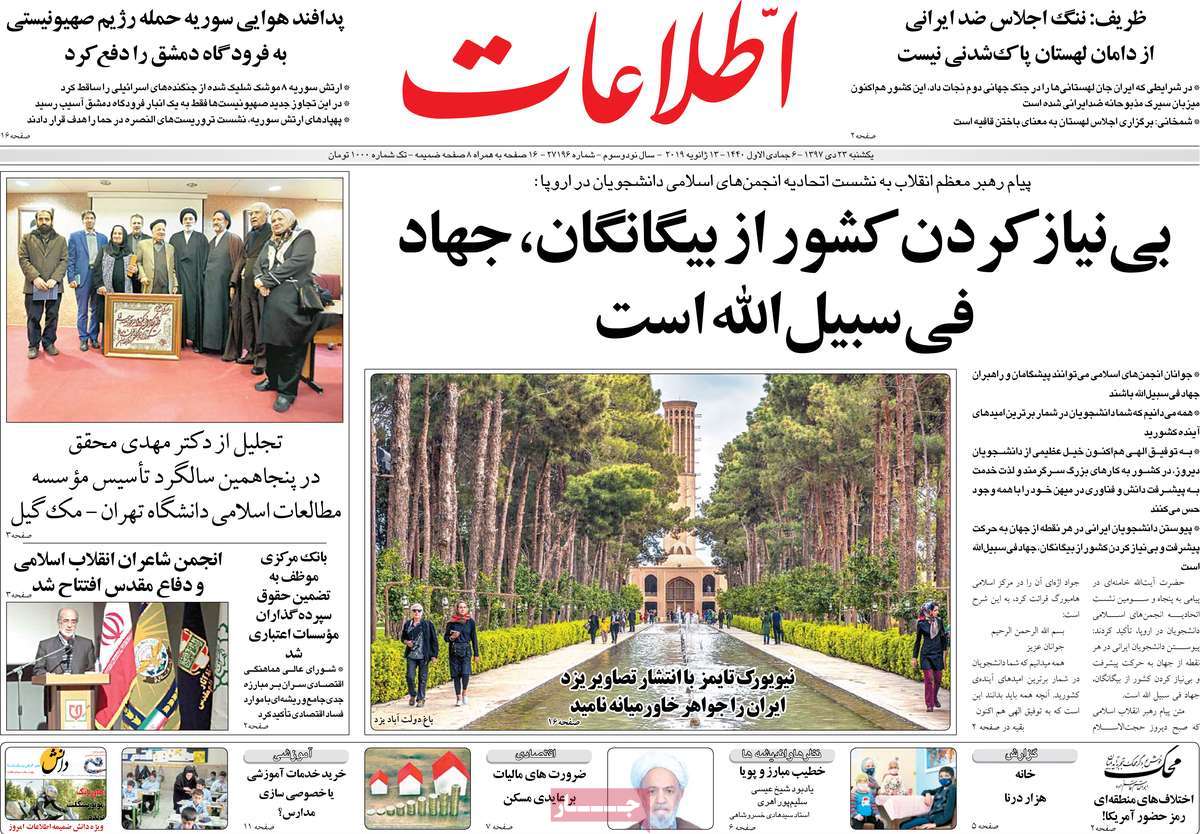 3- Millions of Dollars’ Worth of Artworks Sold at Tehran Auction 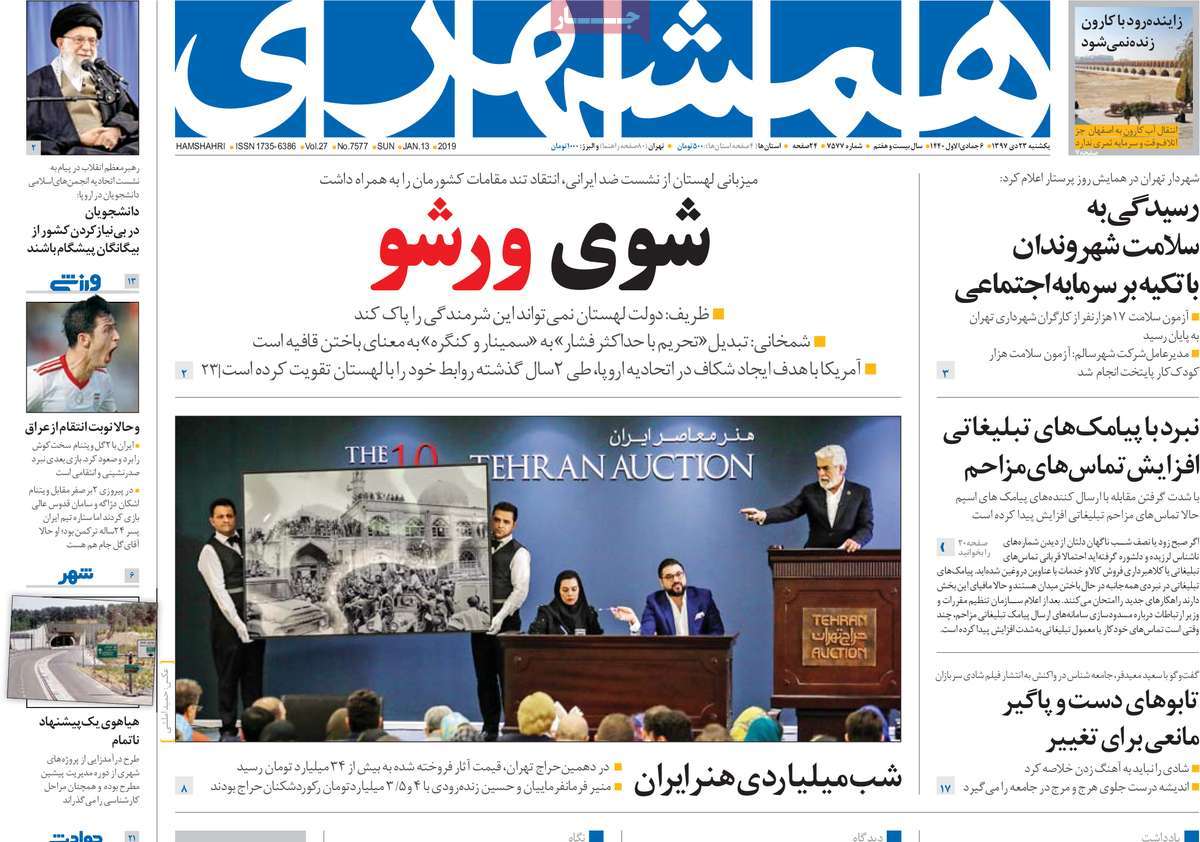 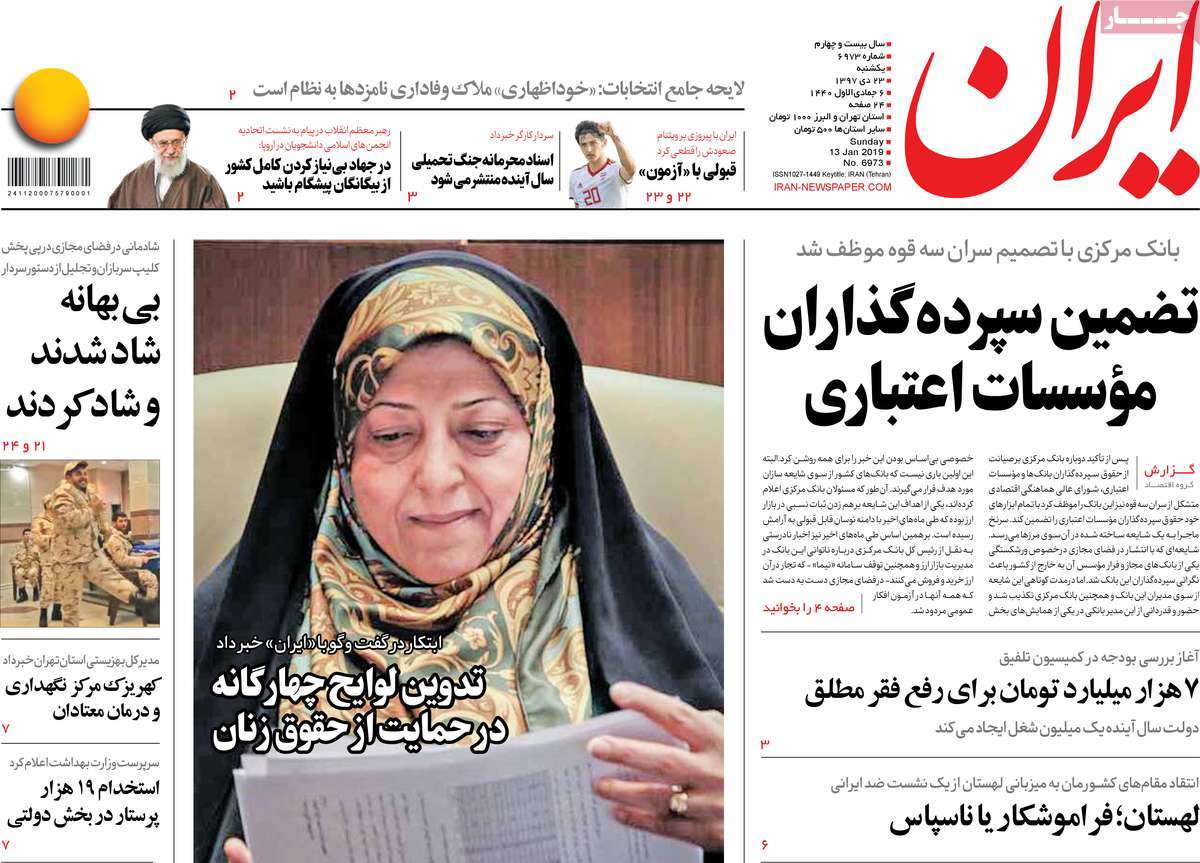 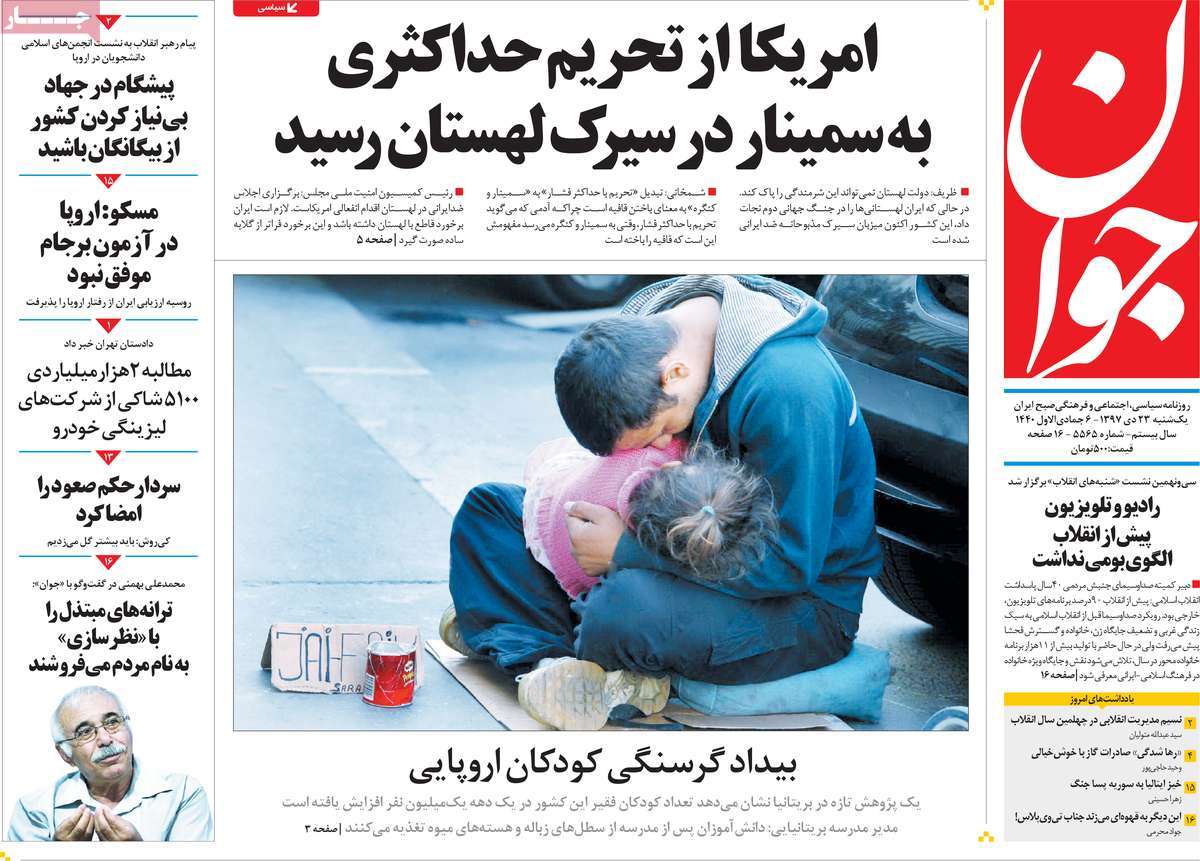 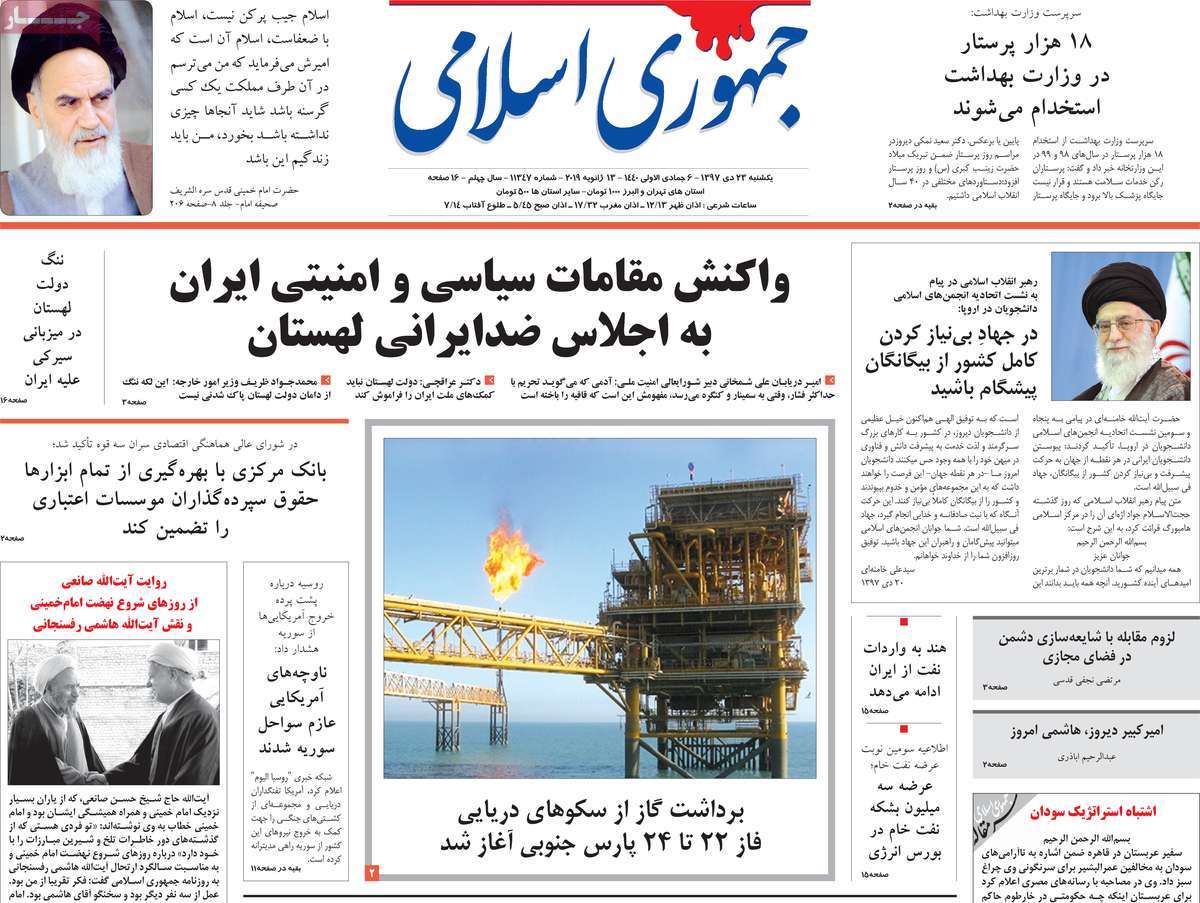 2- Terrorists’ Ringleader in Syria: Our Sponsors Threw Us out Like Toilet Papers 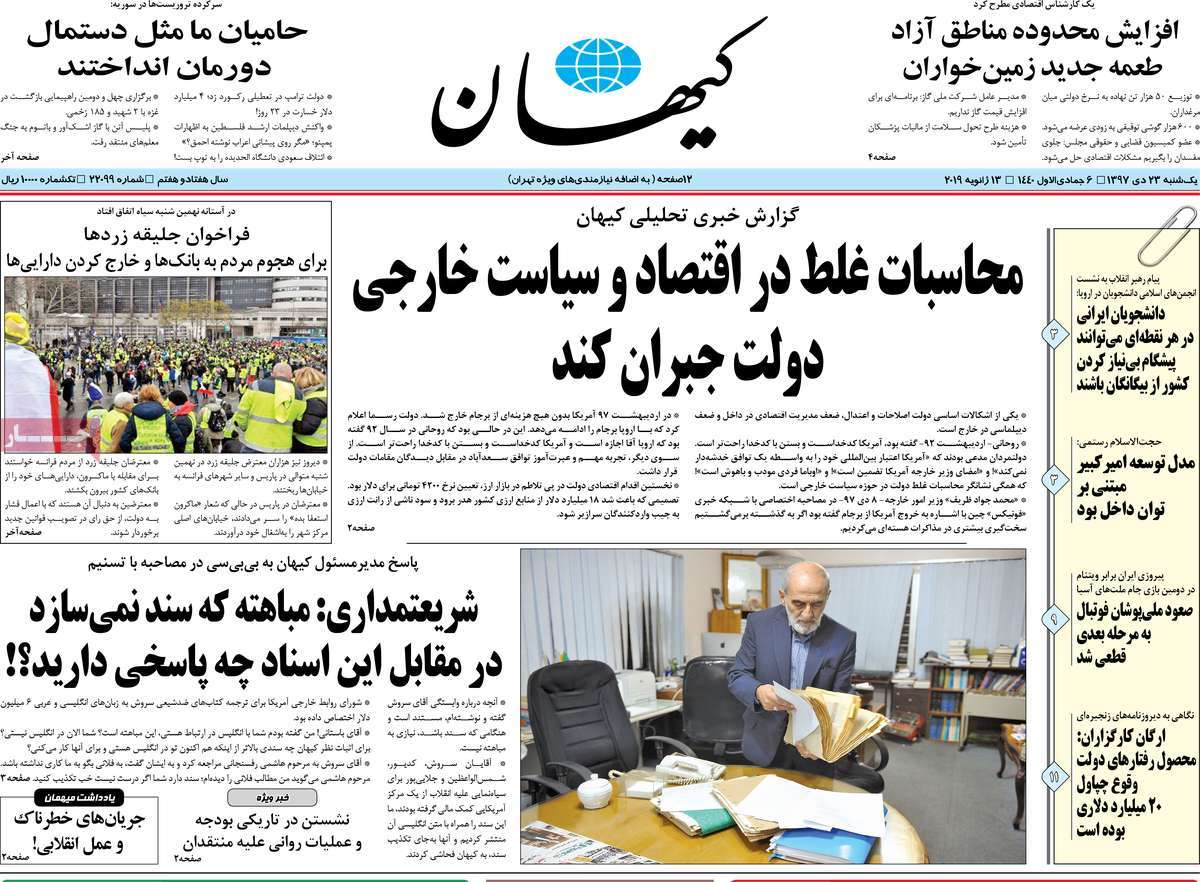 1- Iran Strongly Advances to Next Round of AFC Asian Cup with Saman, Sardar

2- Has Macron Lost His Power of Controlling Populism? 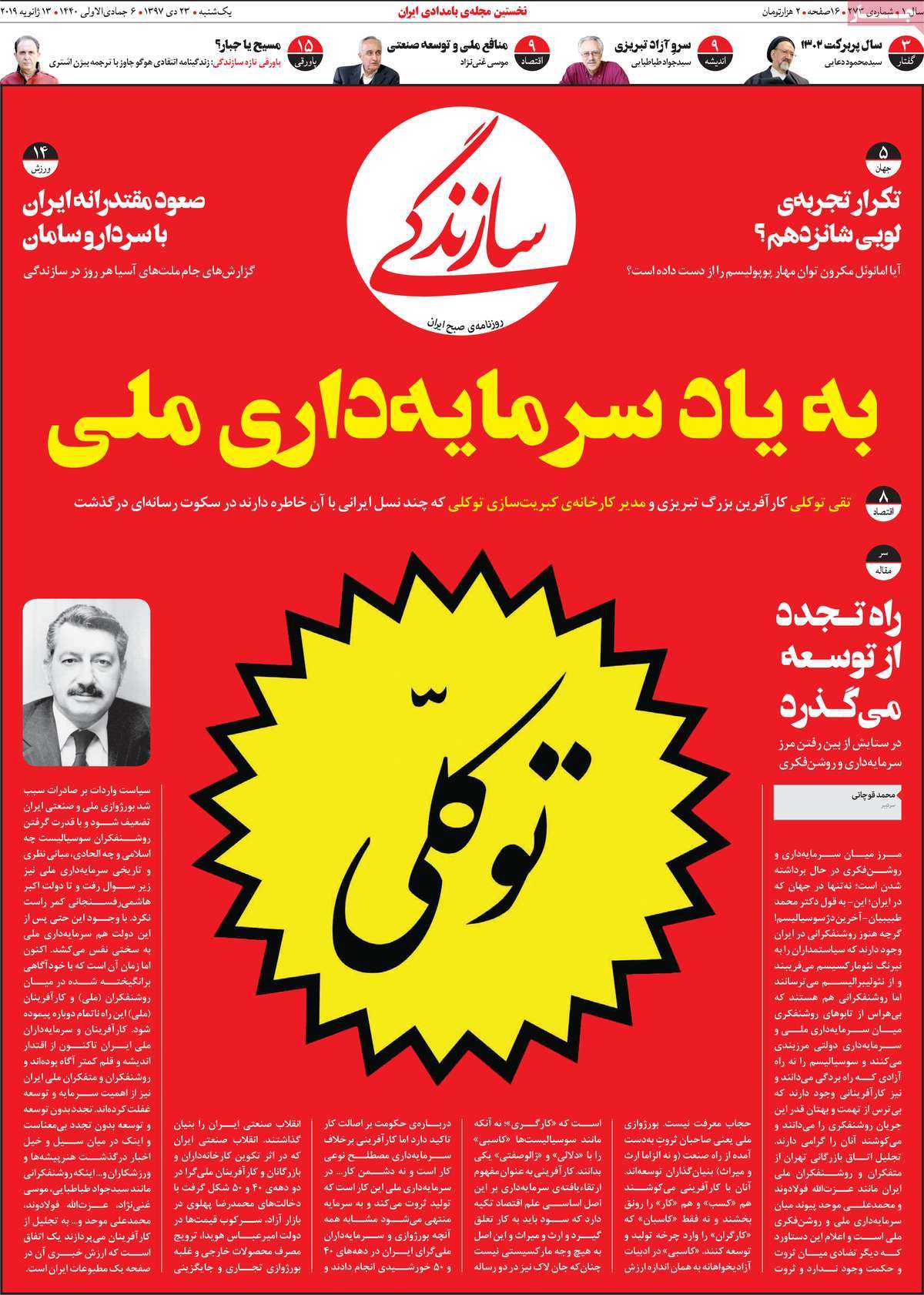 1- Give Medals to These Conscripts 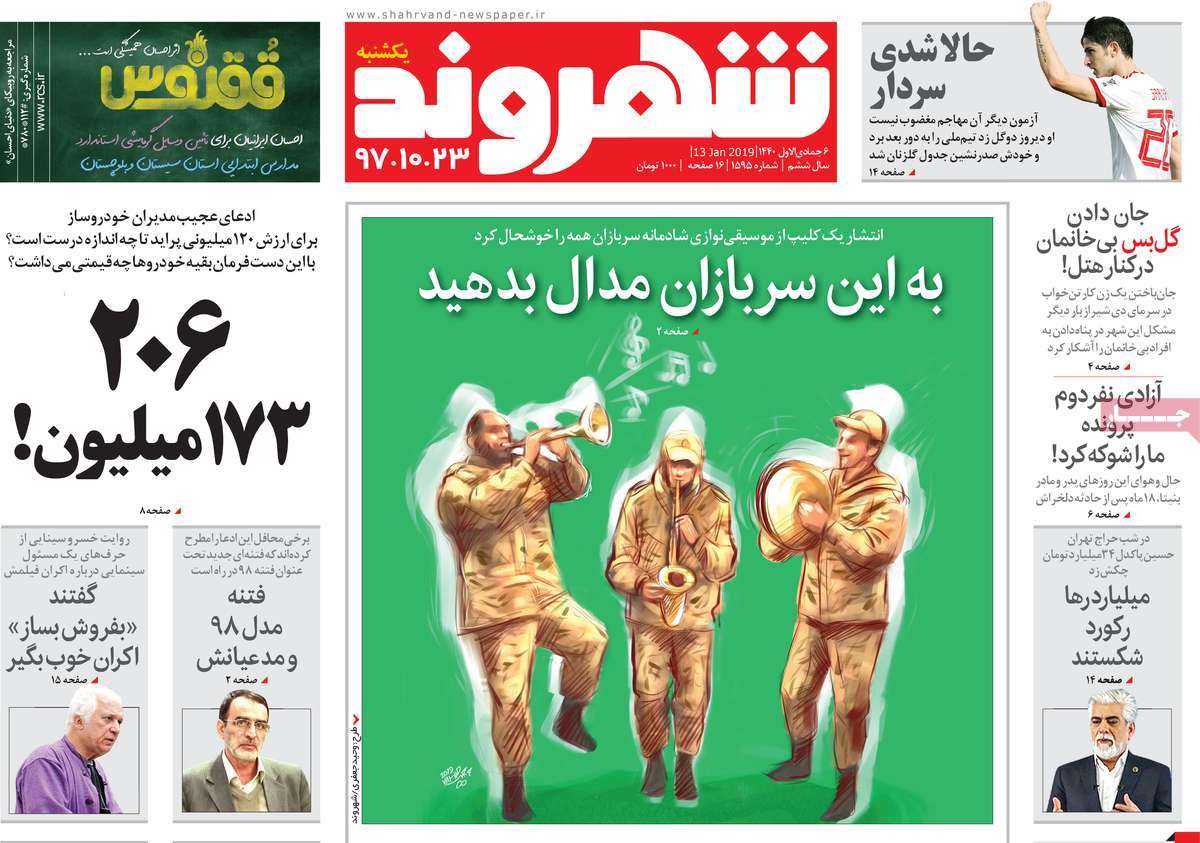 1- Iraq Hub of Trade Talks: Iran FM Due in Baghdad at Head of Delegation 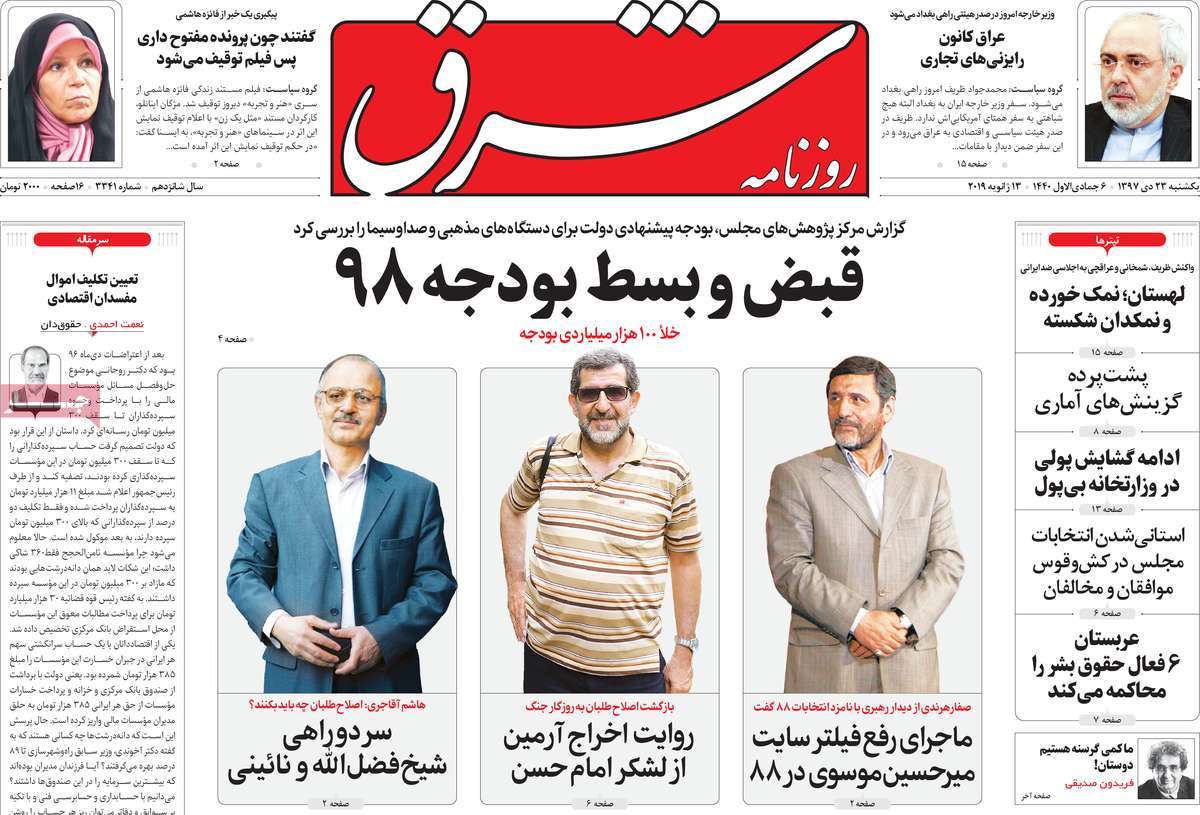