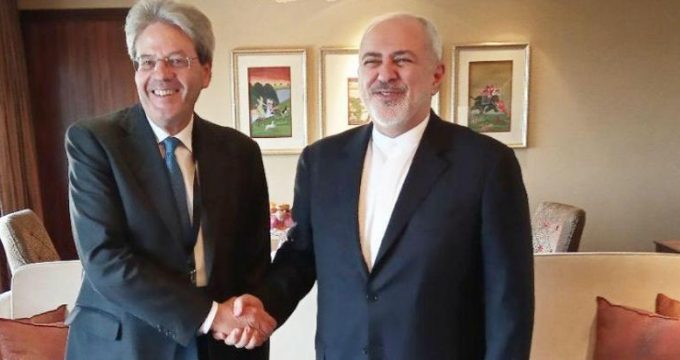 Zarif, who traveled to New Delhi for a three-day trip, met and conferred with Gentiloni on Tuesday evening.

Paulo Gentiloni, the 57th Italian Prime Minister, took over from December 2016 to June 2018 after the departure of Matteo Renzi.

Heading a high-ranking delegation, Zarif is in India to participate in Raisina Dialogue.

Iranian Foreign Minister is also supposed to deliver speech in a business forum which is underway with the attendance of Iranian and Indian economic activists.