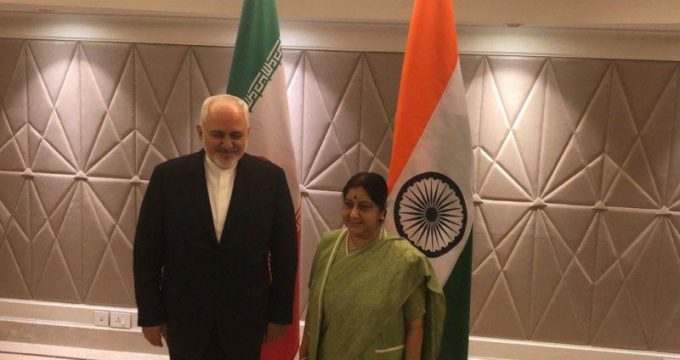 The meeting was held Wednesday on the sidelines of the Raisina Dialogue which is underway in India.

Zarif is to address the Raisina Dialogue on Wednesday evening.

He will also hold talks with foreign minister of Spain Josep Borrell and also his Australian counterpart Marise Payne.

On Tuesday , Zarif delivered speech in a business forum which was held with the attendance of Iranian and Indian economic activists.

Heading a high-ranking delegation, Zarif is in India for a three-day visit to participate in Raisina Dialogue and also talk with Indian officials.