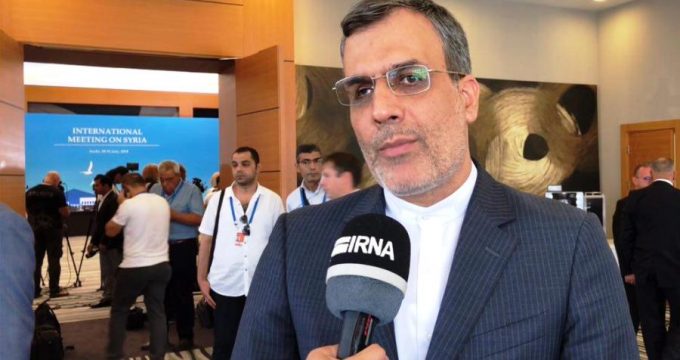 Iranian top negotiator in international Syrian peace talks is also to discuss next round of Astana talks with Russian officials.

The next round of Astana talks is slated to be held with attendance of Iranian President Hassan Rouhani, his Russian counterpart Vladimir Putin and President of Turkey Recep Tayyip Erdoğan soon.

The event will focus on the conditions in northern Syria.

The UN Special Envoy for Syria Staffan de Mistura thanked Iran, Russia and Turkey for their efforts on setting up a committee to draft a new constitution for Syria.

However, he said, the process is still incomplete.

Astana has so far hosted 11 rounds of meetings to work out solutions to crisis in Syria.

The event was held with the attendance of Syria, Iran, Russia and Turkey in Kazakhstan.

Representatives of Jordan and the United Nations also attended as observers.