A Look at Iranian Newspaper Front Pages on January 9

Iran Front Page – IFP has taken a look at the front pages of Iranian newspapers on Wednesday, January 9, and picked headlines from 13 of them. IFP has simply translated the headlines and does not vouch for their accuracy.

Expansion of Iran-India trade ties and the visit of Iranian foreign minister’s visit to New Delhi is another important issue highlighted by the Iranian dailies. Zarif in India said that Iran will not wait for EU’s financial mechanism.

Saudi Arabian forces attack on Qatif and killing of several Shias is another topic discussed by dailies.

4- US Secretary of State Explains Goals of Visit to Region 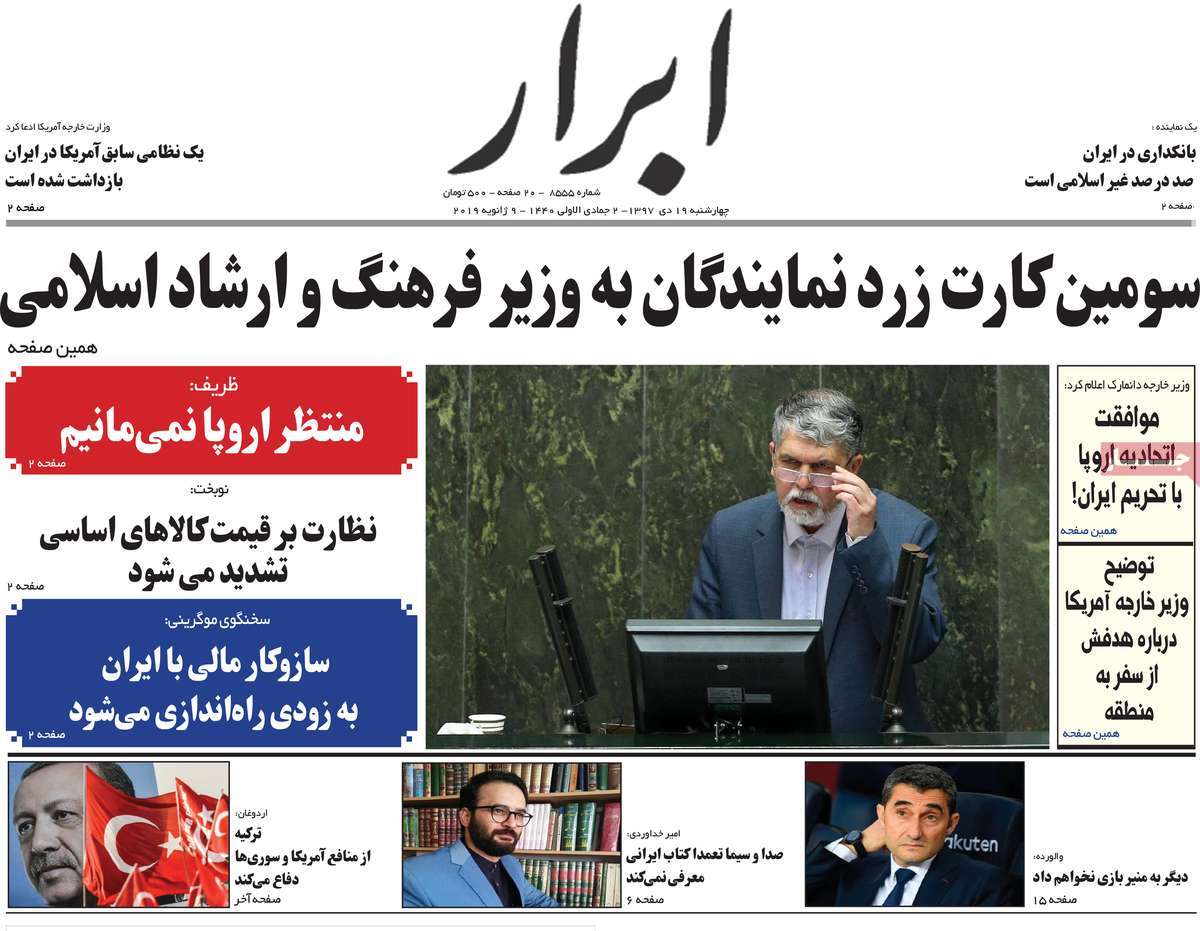 2- Jahangiri Promises to Stay in Office 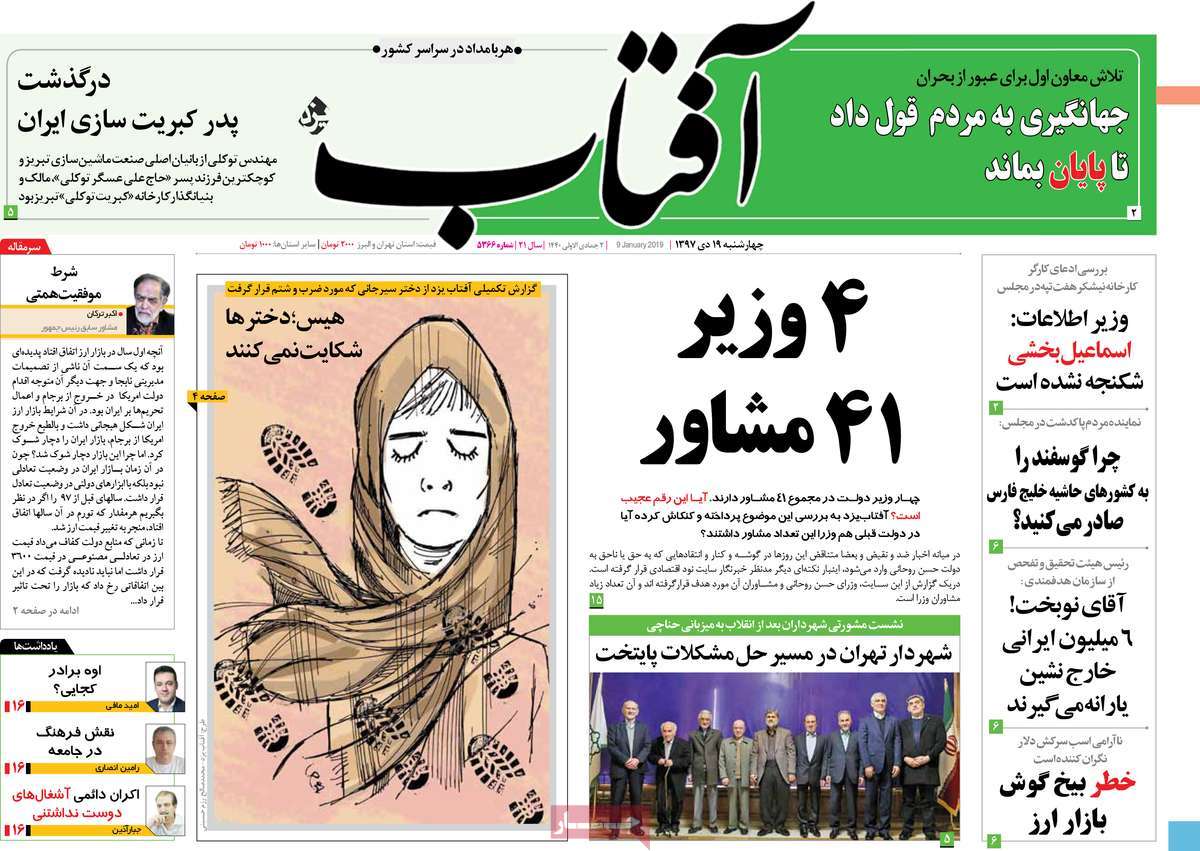 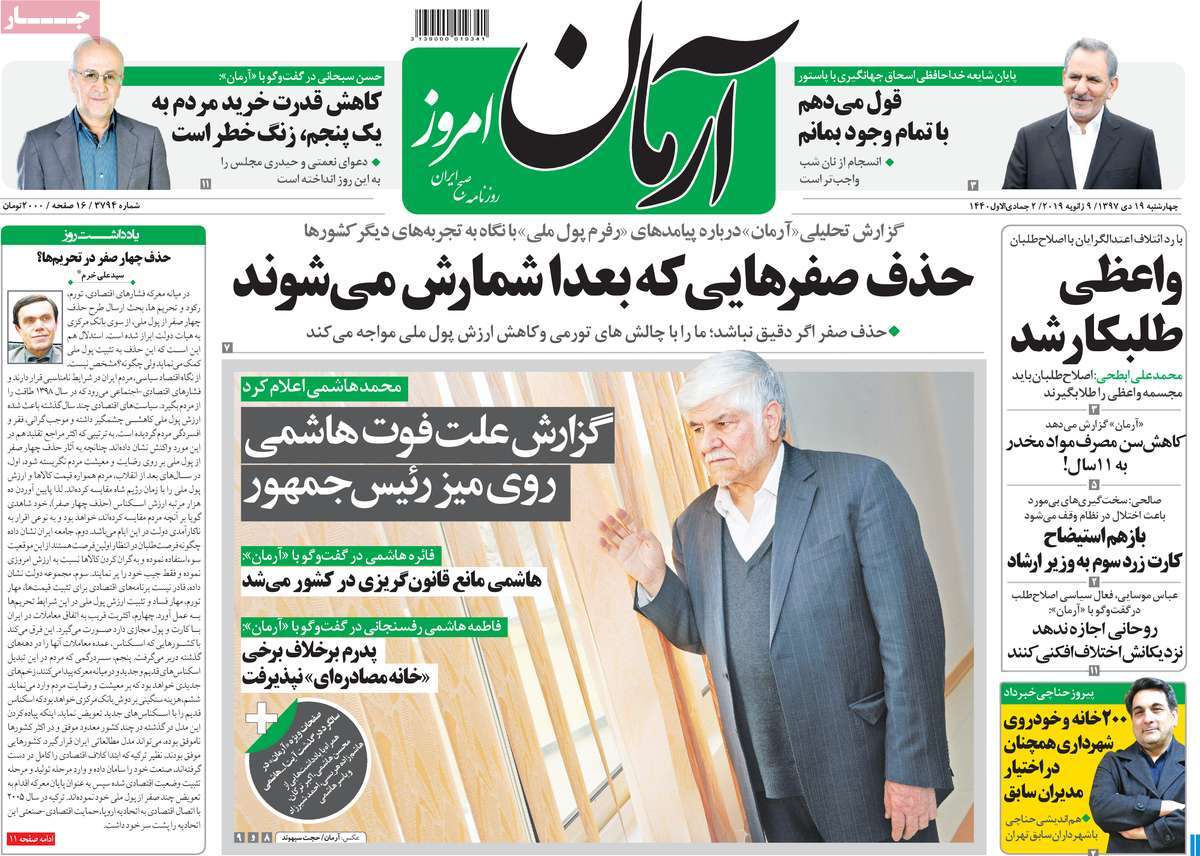 3- We Will Not Wait for Europe: Zarif in India 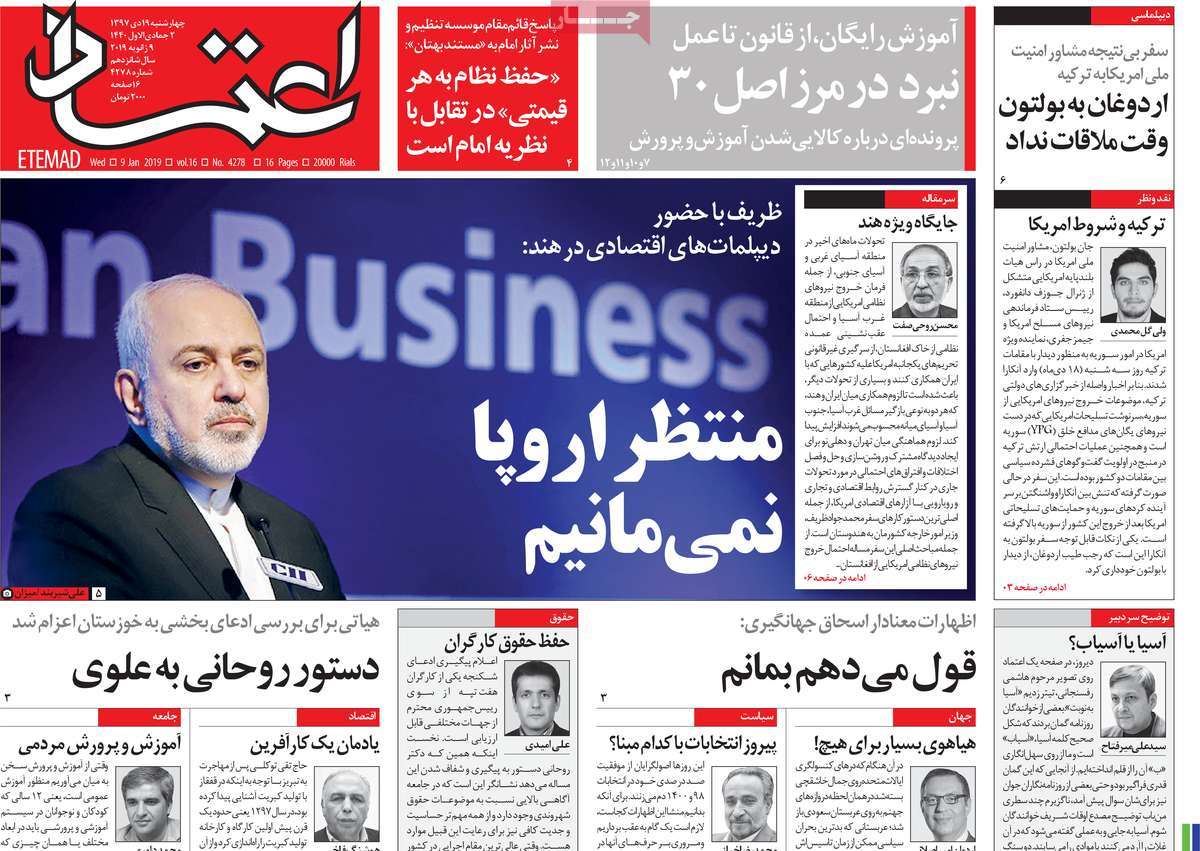 2- We Will Not Wait for Europe; We Are after Close Coop with East: Zarif

3- US Withdrawal from Syria; A Tactic or Strategy? 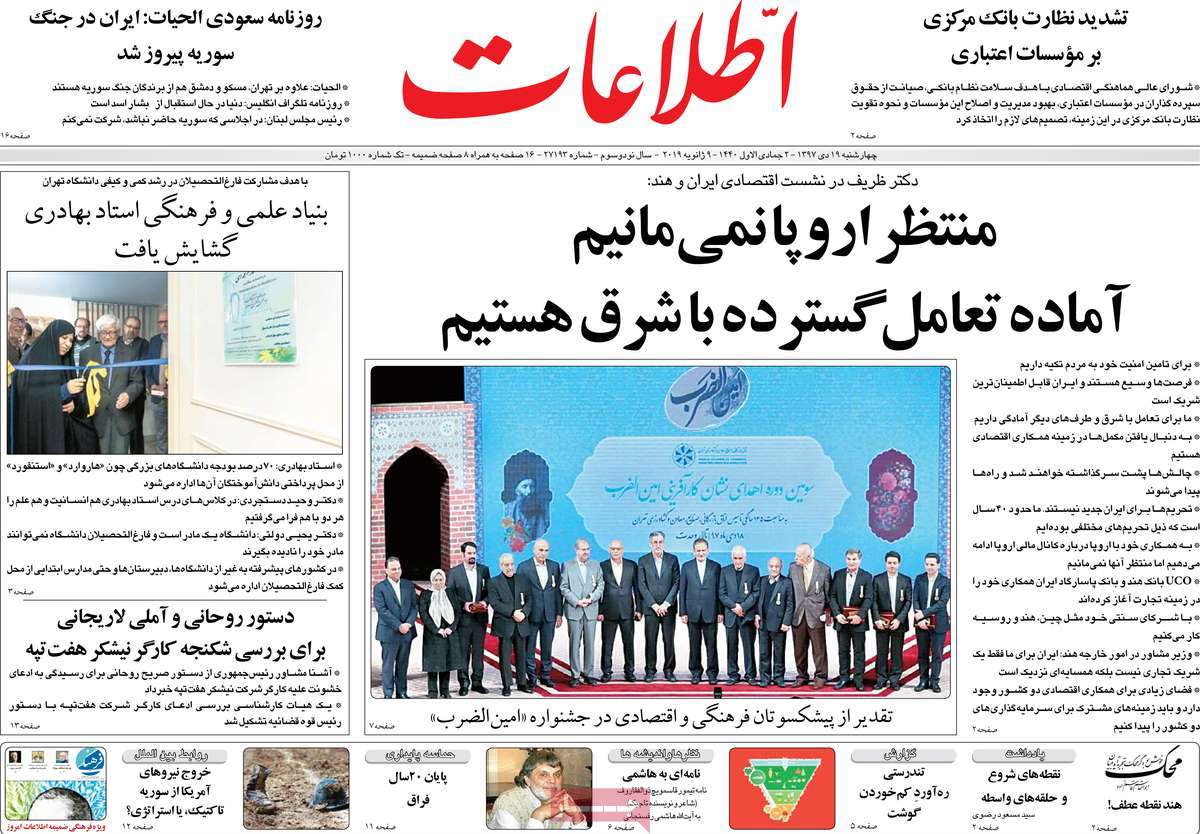 1- We Cooperate with Traditional Partners: Zarif 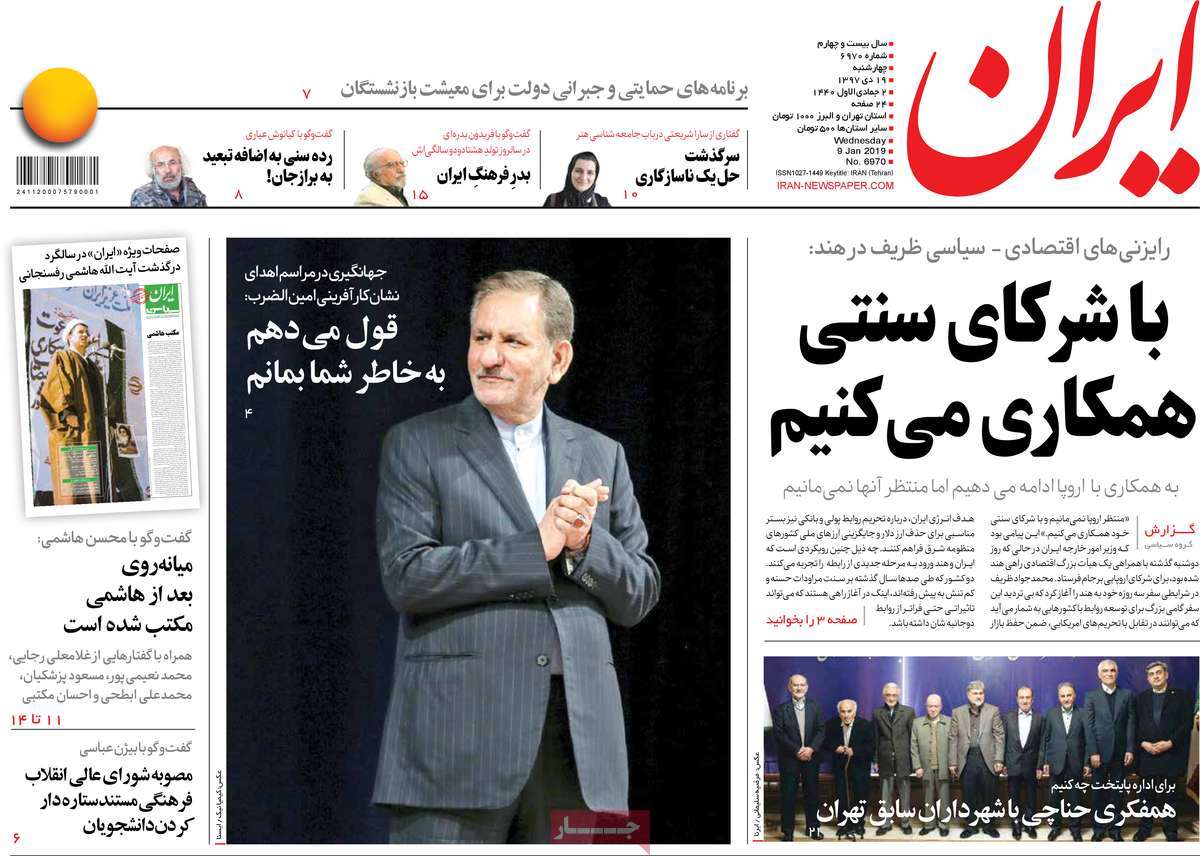 2- US on Verge of Chaos: Senator Sanders 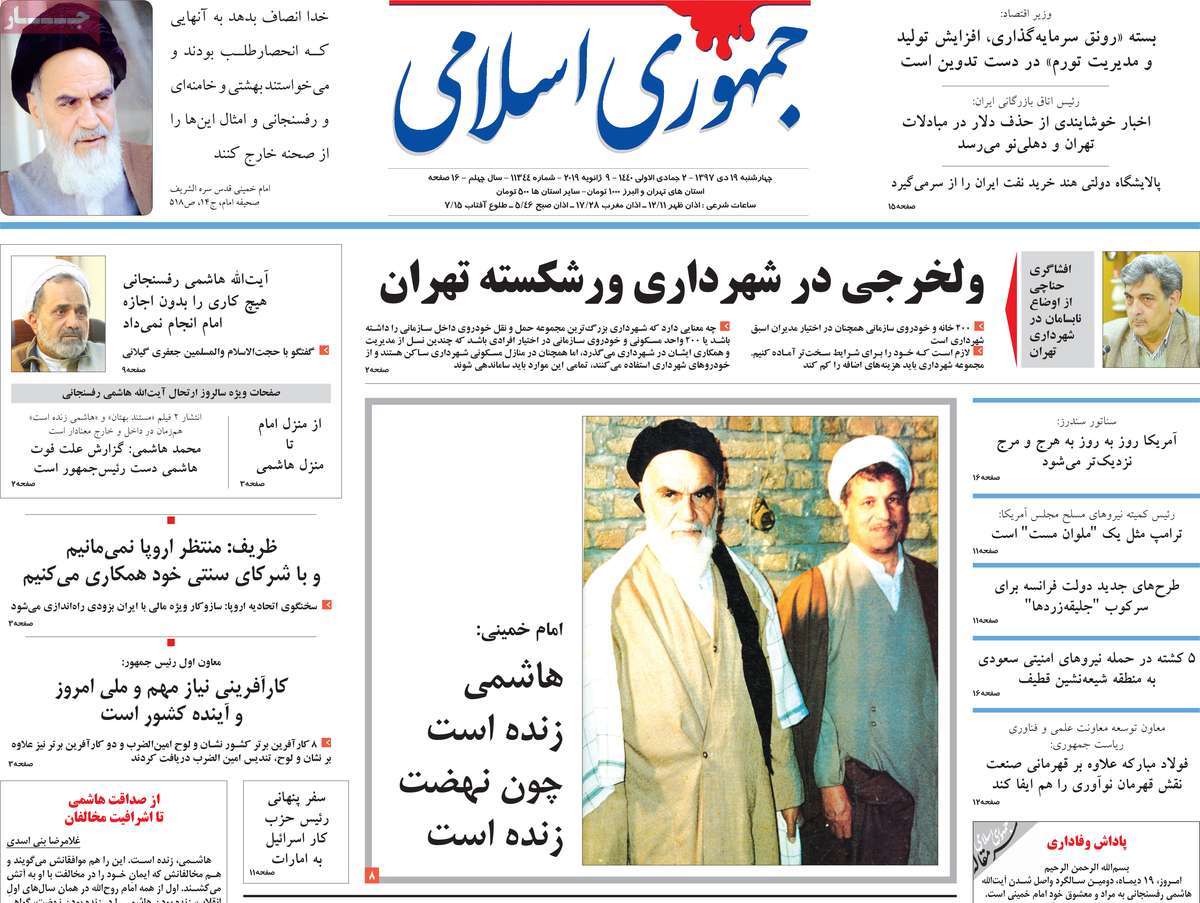 3- Iran Very Powerful to Be Defeated by Israel 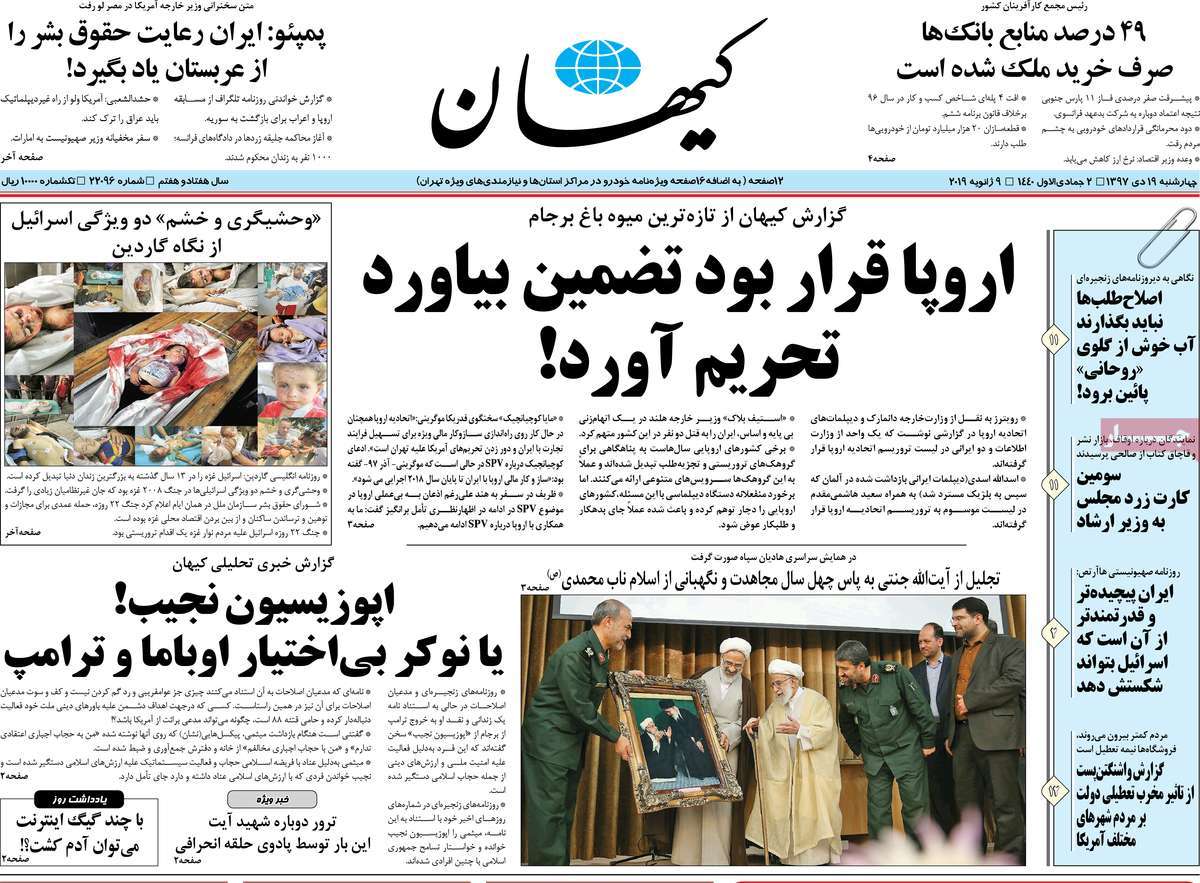 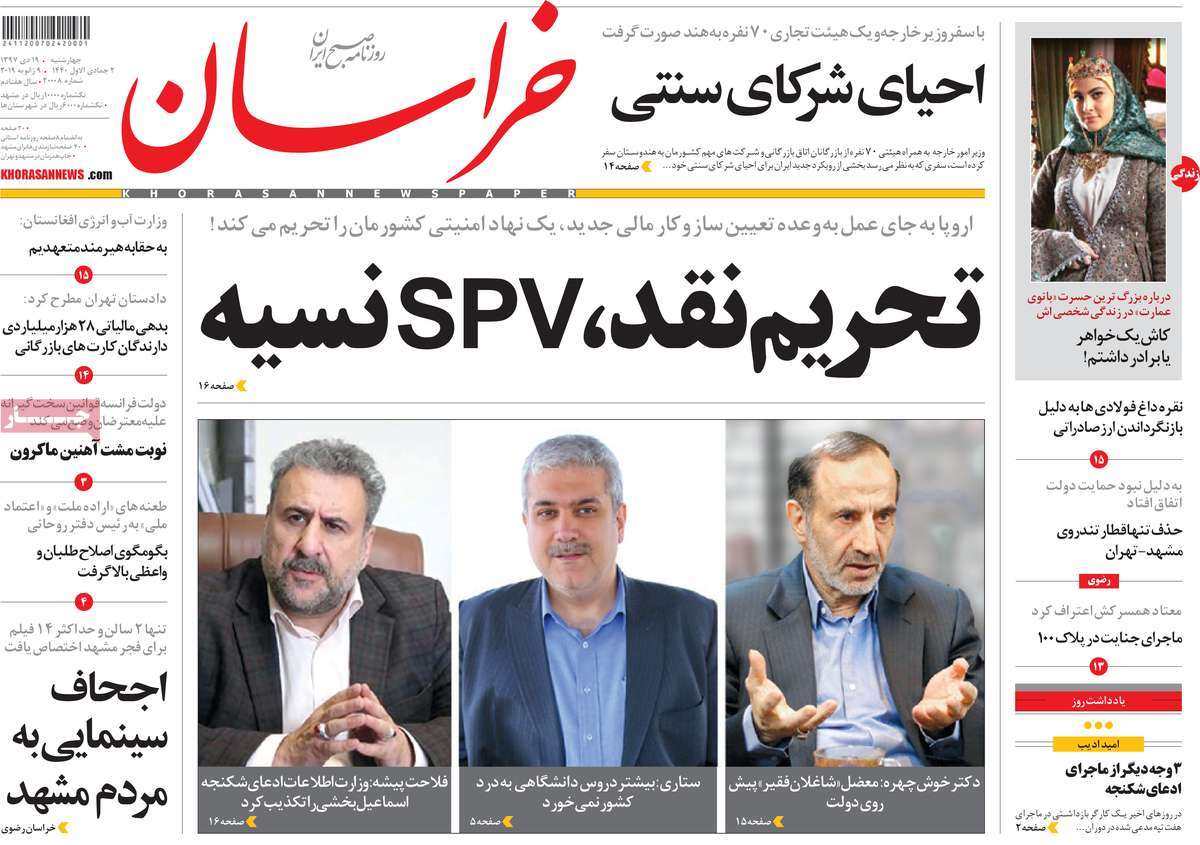 1- US Leadership Needs to Be Refreshed: Obama

2- Erdogan Does Not Accept to Meet John Bolton 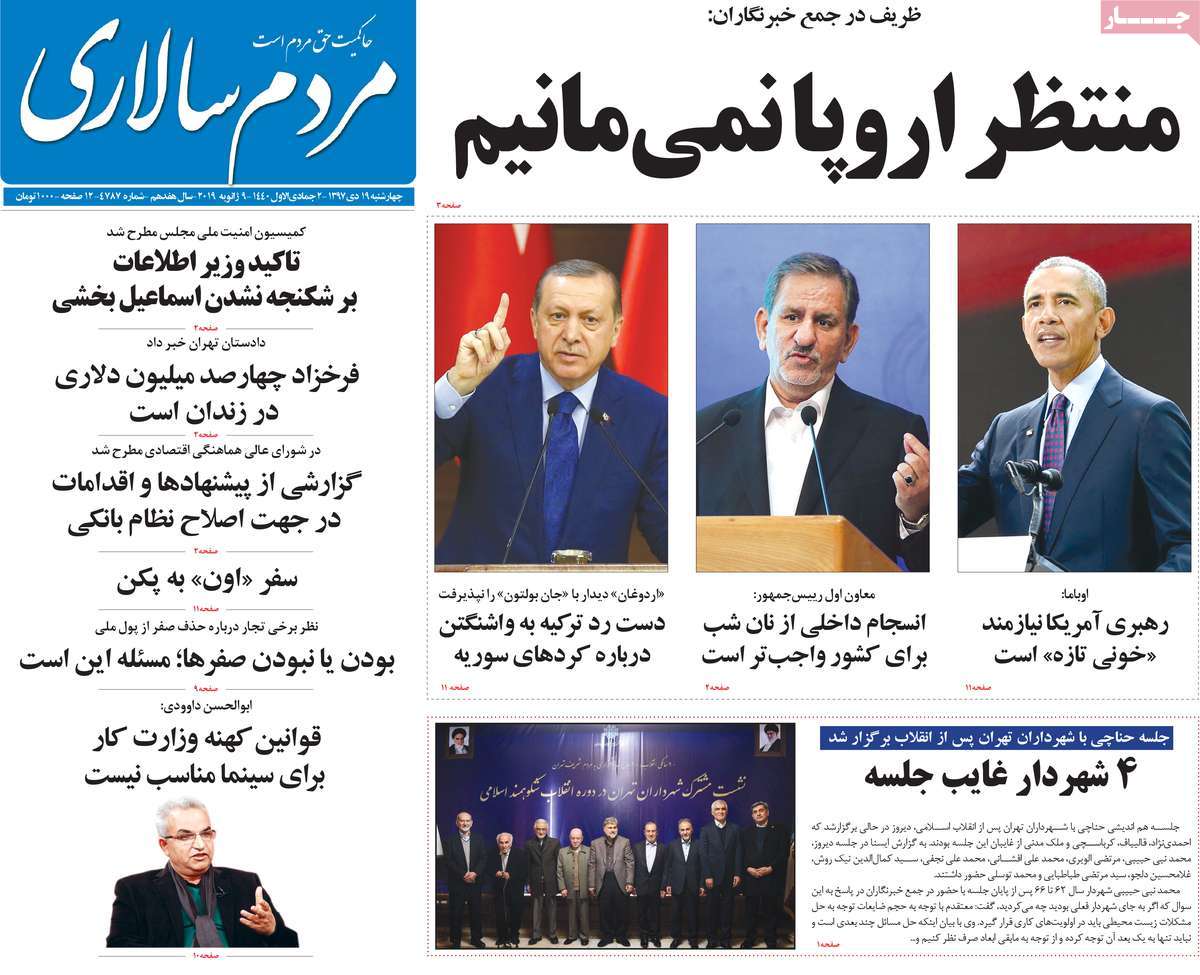 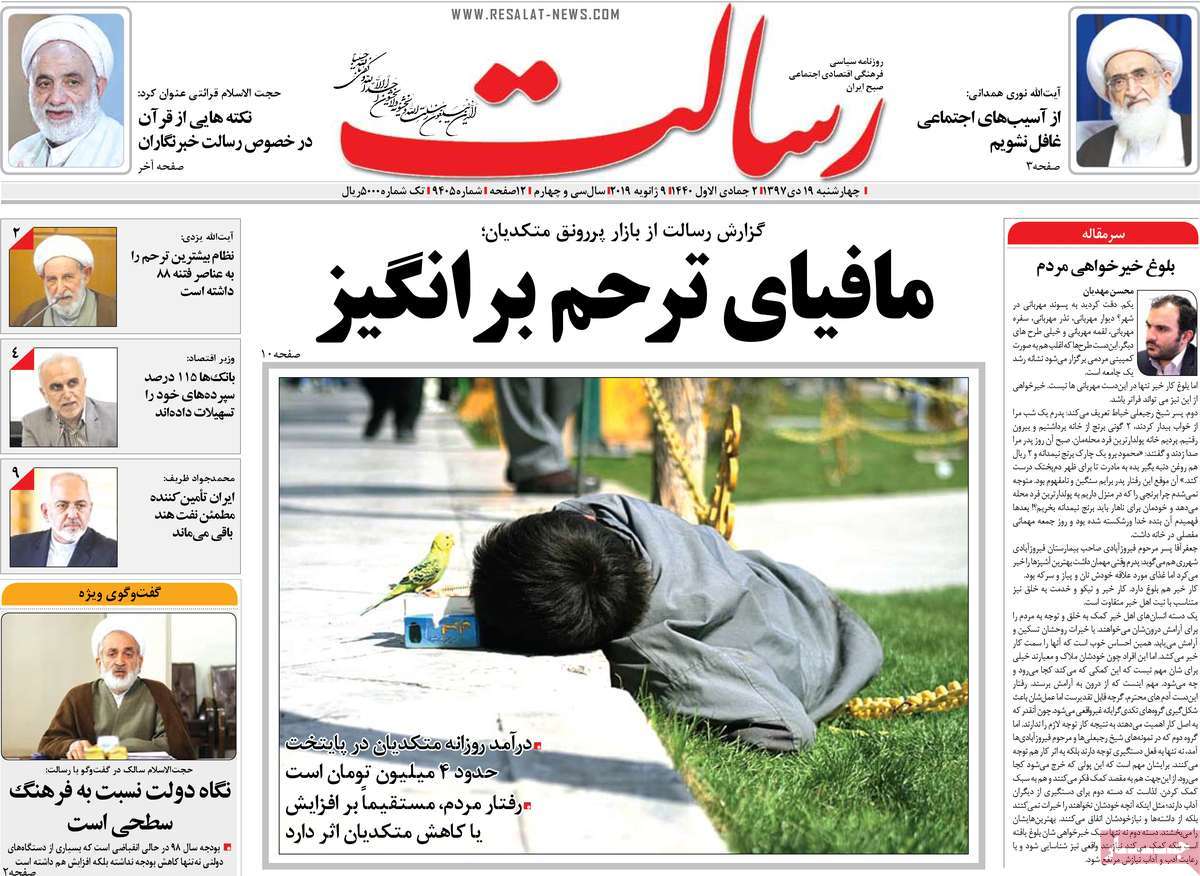 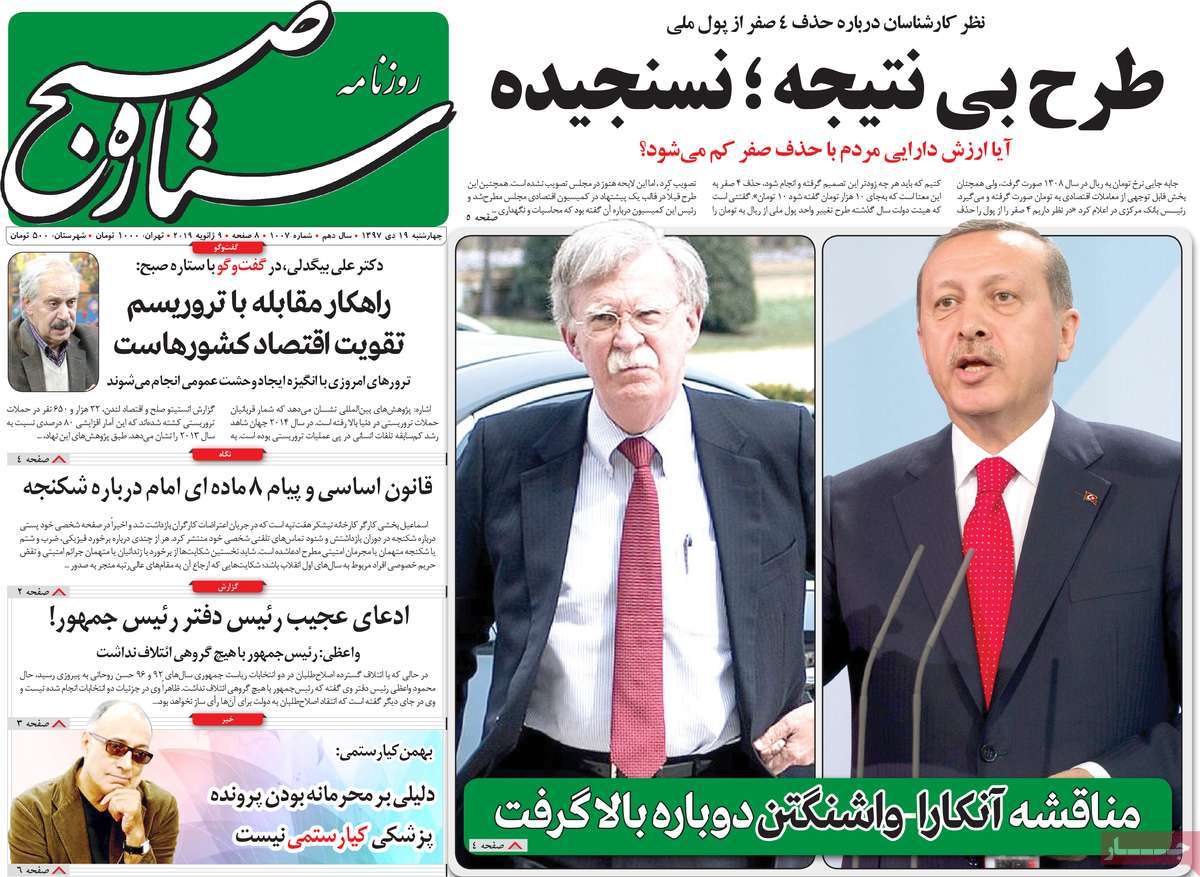 1- Sudan Leader Regretful over Getting Closer to Israel 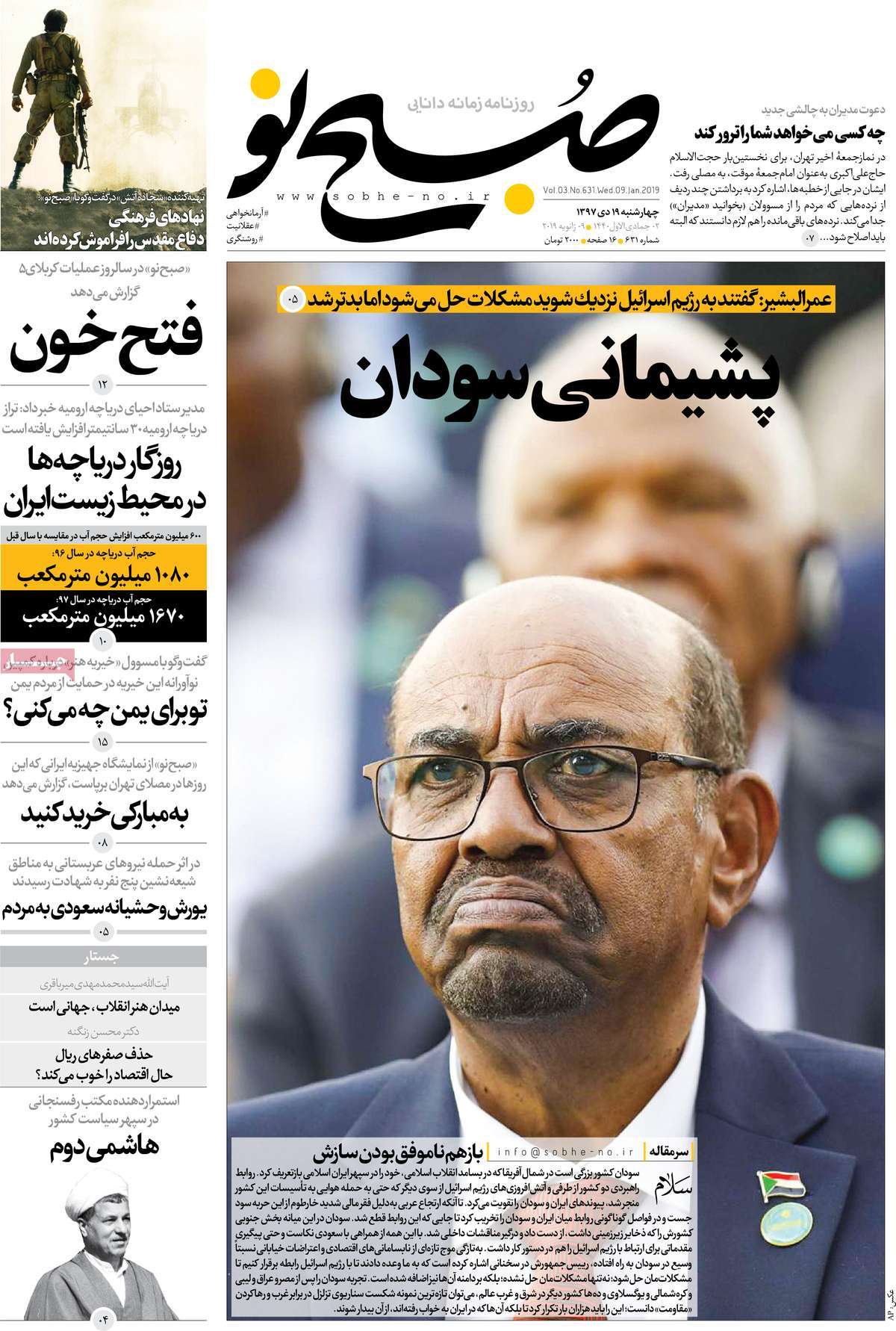