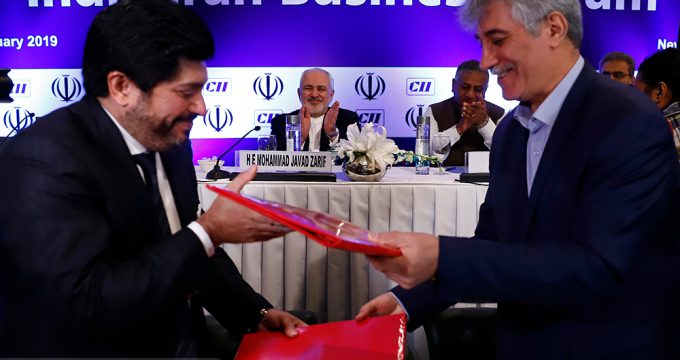 Iran’s foreign minister reacts to a picture showing the US national security advisor wearing virtual reality goggles allegedly reconstructing the past on a tour in the Israeli-occupied holy city of Jerusalem al-Quds.

EU’s trade mechanism for Iran to be set up “soon”: spox

European Union’s spokesperson said Mon. that the bloc is still working on setting up a payment mechanism to facilitate trade with Iran and bypass US sanctions.

Foreign Minister Mohammad Javad Zarif said that Iran is the most reliable energy provider for India and will not allow any consideration to impede the relationship between the two countries.

India’s Road, Transport and Highways Minister Nitin Gadkari said on Tuesday that his country has allowed an Iranian bank to open a branch in Mumbai in a bid to facilitate bilateral trade between the two countries.

Iran will keep working with Europe to put into effect a special purpose vehicle (SPV) for international trade with Tehran under the 2015 nuclear deal, but would not stand by waiting for the EU, Iranian Foreign Minister Mohammad Javad Zarif said.

India’s Minister of State for External Affairs Vijay Kumar Singh underlined that his country adopts independent policies towards Iran which would not come under the influence of the US.

Turkey has resumed imports of Iranian crude oil after a one-month hiatus in November when U.S. sanctions on Iran were reimposed, trading and shipping sources said.