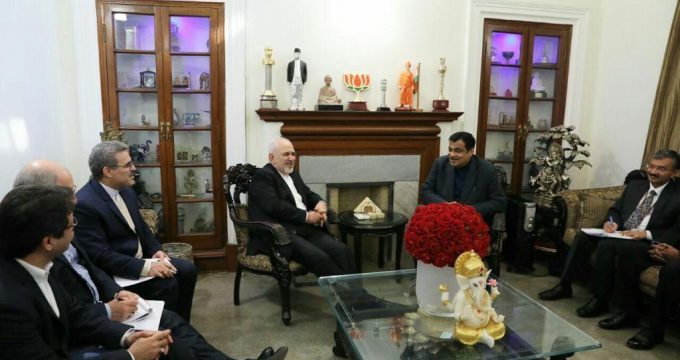 In a meeting which was held Tuesday on the sidelines of the Raisina Dialogue which is slated to commence in India.

Iranian Foreign Minister is supposed to deliver speech in a meeting with Indian elites and also in a economic forum which will be held with the attendance of Iranian and Indian economic activists.