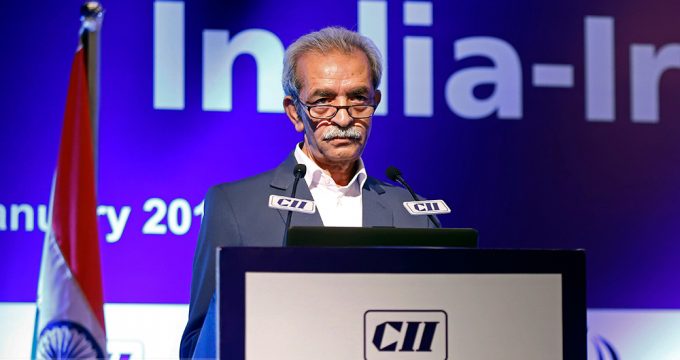 Iran energy can give momentum to India’s economy: Trade official

IRNA – Iran as one of the key energy players of the world, can provide momentum to India’s economy, which is one of the world’s top economies, said the head of Iran’s Chamber of Commerce, Industry, Mines and Agriculture on Tuesday.

Gholam Hossein Shafei addressing the India-Iran Business Forum said, ‘This valuable meeting should be considered as a continuation of the visits by the senior officials in the two countries, which is clear evidence to the continued strong relations between the two governments”.

‘We, as business people in the private sector, should try to take advantage of the close political relations between officials in the two nations and react duly by bolstering economic ties,’ he said.

Head of Iran Chamber of Commerce went on to urge removal of trade barriers between Iran and India.

Imposition of high tariffs on Imported Iranian products, especially agricultural products, tends to be a major barrier for Iranian producers and exporters to access the Indian market,’ Shafei said.

This is while products with zero tariffs from other countries find their ways into the Indian market, and the Indian commodities such as tea and rice are entering the Iranian market with no discriminatory tariffs, he added.

He stressed that creation of an industrial town in Chabahar and the joint investment by Iran and India, in the former’s southern port city, could turn the region into a powerful economic hub.

‘Regarding Iran’s very good transit facilities, the port city of Chabahar could easily be connected to the north-south corridors, providing access to markets of the Commonwealth of Independent States as well as Iraq and Afghanistan, a market comprised of 500 million people,’ he added.