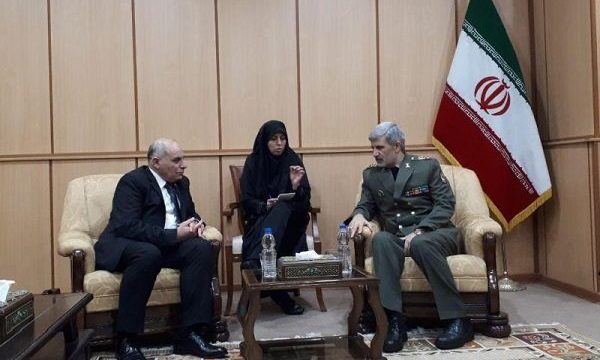 The meeting was held on the sidelines of the International Conference on Defense and Security in West Asia and the two sides discussed the latest developments in the region and in Syria.

Hatami expressed happiness over victories of Syrian government over terrorists, expressing hope the trend would be continuous.

For his part, al-Shawa also touched upon victories of Syria nation and hoped that Syria could recapture all its soil from enemies with the support of friend countries such as Iran.