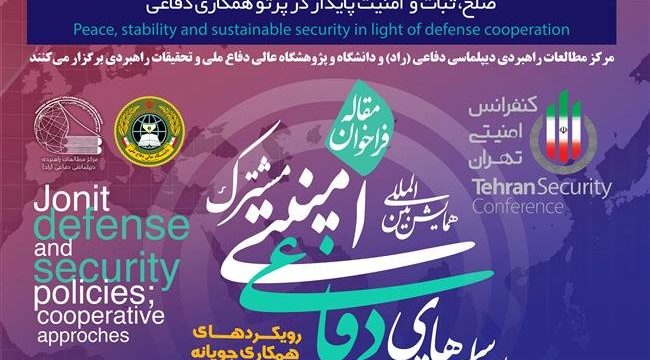 MNA – The International Conference on Defense and Security in West Asia kicked off in Tehran this morning with Secretary of Supreme National Security Council (SNSC) Ali Shamkhani giving an inaugural address.

The one-day event, held in cooperation with Iran’s Supreme National Defense University and the Defense Diplomacy Strategic Studies Center (RAAD), is aimed to address the security issues and defense strategies in the region including the fight against extremist groups and their allies, and the role of diplomacy in settling regional woes.

The participants are set to exchange views on regional security, terrorism, extremism and the adverse effect of foreign interference on the internal affairs of the regional countries.

Special panels will also be held on the strategies to handle regional crises, especially the necessity to put an end to the US and Israeli regime’s interference in the region.