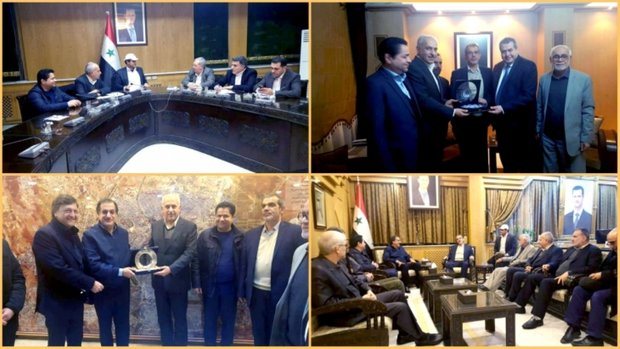 The Chairman of Iran-Syria Joint Economic Committee Keyvan Kashefi referred to a recent visit by an Iranian economic delegation to Syria, stating “several essential issues were descussed on this trip, including creating a joint transportation company between Iran, Iraq and Syria for the transit of Iranian goods through Iraq to Syria.”

Kashefi added “the possibility of money transactions through exchange shops and banks of the two countries, the establishment of the Iranian Trade Center in the Free Economic Zone of Damascus, and paving the ground for the two countries’ business people” were among other activities decided on during the trip.

The Iranian business official pointed out that the economic relations between Iran and Syria need to be developed along with high-level political relations after improving the security situation in the Western Asian war-torn country, noting “improved security in Syria has provided a good opportunity for Iranian private sector to take part in the reconstruction process and meeting the Syrian needs.”

Kashefi further noted that Syria had a strong economy before the war but its government and private sector now welcome developing economic relations with other countries and foreign investment to reconstruct their country.

Furthermore, he announced the exchange of economic delegation between the two countries in the near future.