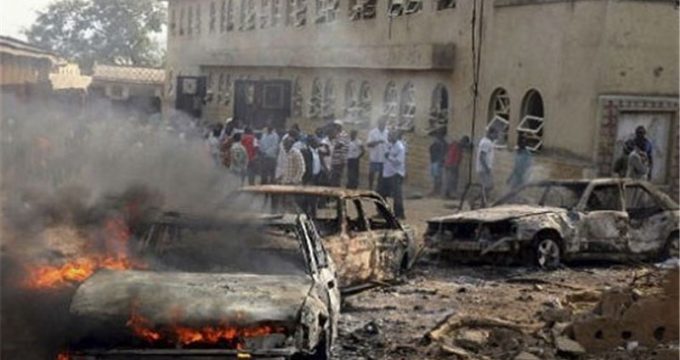 IRNA – At least six people including two women were injured in a powerful blast in Pakistan’s north western city of Peshawar on Saturday.

As per initial reports, the explosive material was installed in a car which was parked near a mosque in Kalibari area of the city, police said. The car was completely destroyed in the explosion.

Law enforcement agencies have cordoned off the area and shifted the injured to nearby hospital.

No group has claimed responsibility of the attack so far.

Peshawar city has been victim of terrorism for many years, but after the successful operation against terrorism, the peace returned to the city. However, in the past few months terrorists have managed to attack some parts of the city claiming lives of innocent people and injuring scores of others.

On 16 December 2014, six gunmen affiliated with the Tehrik-i-Taliban Pakistan (TTP) conducted a terrorist attack on the Army Public School in Peshawar, killing 149 people including 132 schoolchildren.

A rescue operation was launched by the Pakistan Army’s Special Services Group (SSG), who killed all six terrorists and rescued 960 people.