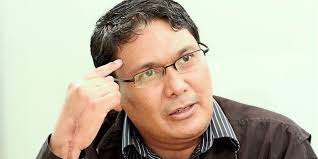 IRNA – Developments connected with the nuclear deal, Yemen and Syria have been among the most important events in 2018 in which Iran has emerged victorious, said a Malaysian thinker and activist.

Ahmad Farouk Musa, founder and director of the Islamic Renaissance Front (IRF) in Malaysia, in a recent interview with the Islamic Reublic News Agency (IRNA) said, ‘To me at least there are three very important events that occurred in respect to Iran. First and foremost is regarding the nuclear treaty.’

‘The US action in withdrawing from the JPCOA deal is basically due to its geopolitical agenda. The Trump administration has a policy to isolate Iran and also to have a regime change. They wanted to put pressure on Iran politically and economically,’ said Ahmad Farouk Musa.

‘But it seems that this time, E.U. was against such a move. E.U. instead formed the Special Purpose Vehicle (SPV) to facilitate legitimate payments between the European and Iranian companies,’ he added.

‘To me this is a good sign to show that the US has lost its vigour and influence. It is to me, a moral victory for Iran,’ the Malaysian thinker said

‘The second is with regard to Saudi Arabia. With the massacre of Jamal Khashoggi, the US Senate has withdrawn support for the Saudi. Especially Riyadh’s war on Yemen,’ Ahmad Farouk Musa said.

‘The Yemen’s war is taking a toll on the Saudis. It has created the world’s worst catastrophe leaving thousands facing malnutrition and disease. It has only shown the vicious face of the Saudis and given Iran a positive image in the Yemen’s war in trying to help the Yemenis against Riyadh’s atrocities,’ said the Malaysian activist.

‘The third is of course with regard to the Syrian war. The US has finally decided to withdraw from Syria. The eight-year Syrian war has subsided. This is to me the biggest moral victory for Iran. Iran has consolidated its influence across the region, thank God,’ said Ahmad Farouk Musa.