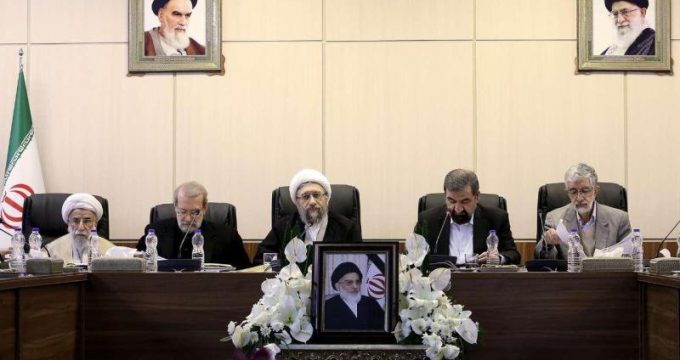 IRNA – The head of Iran’s Expediency Council said that the enemy must feel that all the pillars and 3 powers of government are united and serve the people and solve the problems of the country with guidance of the Supreme Leader of the Islamic Revolution.

Ayatollah Sadeq Amoli Larijani said that there are important issues that ‘we face today in the country’, both imposed from outside and from ‘our area of management’, adding that in such a situation that the enemy wants to loot the real capital of the Islamic Republic, especially the social capital, all the genuine Islamic institutions must work hand in hand with all the power to get out of these problems.

He stressed that the enemy must feel that all pillars and three powers of government are united and act for serving the people and solving the problems of the country under the direction of the Supreme Leader of the Islamic Revolution.

‘Of course, the difference is natural taste, but where they want to make a decision and a solution all forces and institutions should work together within the framework depicted by the Supreme Leader, and the enemy should not feel that there is a flaw in some way and can make it a problem for the people,’ Ayatollah Larijani added.