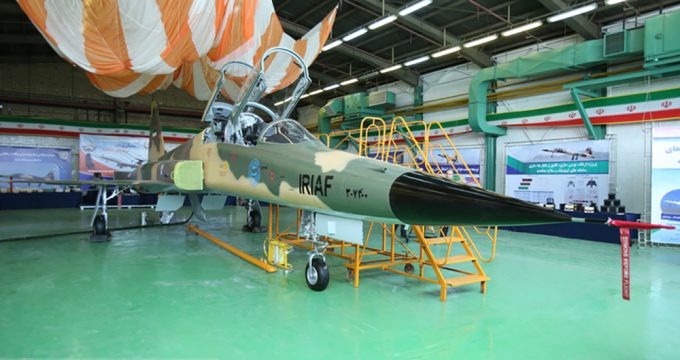 MNA – Commander of the Islamic Republic of Iran Air Force (IRIAF) said Saturday that 15 home-made Kosar jets will be delivered to the force during the next three years.

Brig. Gen. Aziz Nasirzadeh went on to say that the force has already received the first jet.

The domestically-made fighter/trainer jet ‘Kosar’, mainly developed by the Iran Aviation Industries Organization, was unveiled back in July 2017 and showcased to at MAKS air show in Moscow.

‘Kosar’ is an advanced fighter jet with a Close Air Support (CAS) role that has made Iran one of the few countries with the know-how of designing and manufacturing such jets equipped with 4th generation avionics and fire-control systems.

The jet is being mass-produced with one-seat and two-seat, the latter of which can be used for both military and training purposes. Its mass-production line opened in early November 2018, in Isfahan, central Iran.

The twin-engined, two-seat Kosar jet successfully ran through test-flights on August 21 in the presence of President Rouhani.