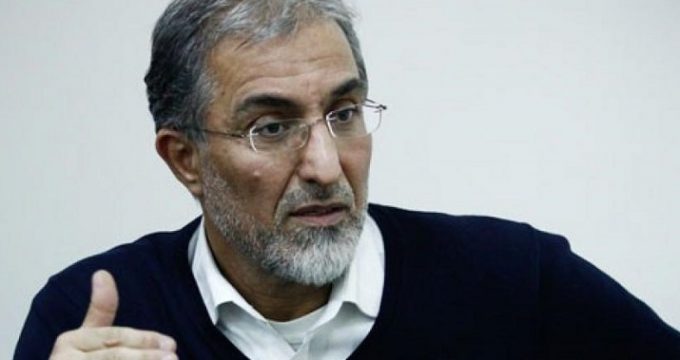 Iranian Diplomacy – A Tehran-based professor of economics believes: “The protests of December-January 2017 were the result of the government’s wrong policies over the past three, leading to economic inequality, corruption and a limited job market. The protests are still ongoing in the form of increased emigration, addiction, divorce and frustration.”

Commenting on the main reason behind the 2017 protests in Iran, Professor Hossein Raghfar, University of Alzahra, says: “The root cause of the tensions has to be found in the wrong policies of the government over the past three decades, especially those related to foreign currency price hikes. All these policies led to a state of corruption which has negatively affected people’s welfare and the work of economic activists in a way that people had no purchasing power and the market faced serious problems. Various other factors within the decision-making system should also be taken into consideration as they acted without considering the consequences of their moves on the performance of the economy and added to public dissatisfaction.”

He added: “What has become clear today is the involvement of government along with the Majlis (Parliament) in the issue of foreign currency price hike. The President himself has so far admitted this at least four times. This happened while the upsurge in the price of foreign currencies, recommended by the government’s economic advisors, has been a failed policy which inflicted heavy costs on people’s lives and resulted in a change in a change of behavior in society and added more fuel to the fire of corrupt individualism and unrests in different forms.”

The economic expert added: “The protests have not yet ended, especially because the government is still insisting on increasing the price of foreign currencies. Therefore, if anything happens, the government and its wrong policies in the past 13 years since the beginning of the 9th Government, shall be definitely taken as the main reason behind it. Commercializing most relations in the past three decades has resulted in the depreciation of social capital which in turn, leads to public dissatisfaction.”

Noting that internal policies should be taken as the root of most tensions and protests, Raghfar added: “It is quite natural that in such circumstances, opportunists, anti-revolutionaries, and foreign agents will gain the most benefits, but it is self-deceptive if we limit the roots of the protests only to external factors.”

As for the base and goals of protestors in 2017, Raghfar said: “To answer this question, we cannot easily ignore the role of political rivalry within the power structure of the country. Rival groups were definitely trying to point at the government’s weaknesses as the main cause of the existing situation. But the truth is that three decades of neo-feudalist policies have led to massive inequalities in the society, forcing people to use their savings during this time and consequently becoming incapable of continuing their normal lives. Therefore, many middle class families are now in the lower class bracket.”

“The fall of people’s standards of living gained more speed after 2011 and the reason was the sudden rise of foreign currency prices from 1,000 tomans to 4,000 tomans. The 11th Government decided to stabilize the forex market and this resulted in the growth of liquidity and therefore, inflicted heavy damages on the lower and middle classes of society.”

According to Raghfar: “A society where there is increasing inequality and a remarkable number of its youth have no jobs is ready for tension and uses every opportunity to express its protest. What happened in 2017 was the result of frustrations by the younger generations who waned employment a promising prospect for the future. Only a few groups have gained large amounts of wealth as a result of the wrong economic policies of the past 30 years and accordingly a massive corruption has been formed in the country. Even during the presidential campaign, people witnessed the candidates accusing each other of corruption and this has practically ruined social capital.”

As for the wrong economic policies, Raghfar said: “The negative effects of those events can still be seen and discussed as mental and spiritual damages in society. As I have said before, the protests are still ongoing, but in different forms. People’s massive emigration or their applications for emigration as well as the growing rates of addiction, frustration, violence and divorce are different manifestations of those protests which are more frequent in places where there is more unemployment.”

The university professor added: “An economy which is based on brokerage and trafficking will lead to inequality and growing inflation. In such circumstances, the economically lower classes of the society will sustain the most damage and as the wrong policies go on, the protests will continue but in a silent way.”