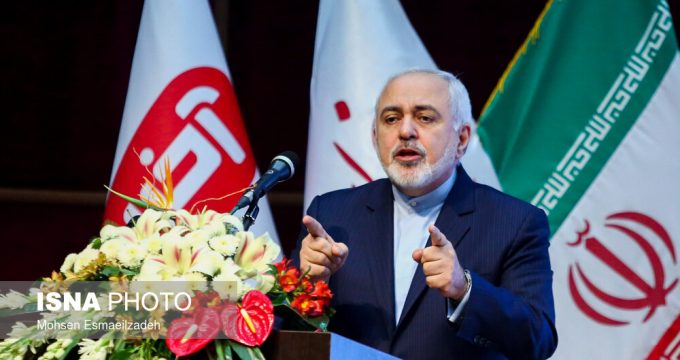 No country can claim it can decide world’s fate: FM Zarif

MNA – Iranian Foreign Minister Mohammad Javad Zarif said that the notion of being a superpower is weakening and no country can claim that it can decide the fate of the whole world.

He made the remarks in Mashhad, northeast Iran, in an event to commemorate the Khorasan Daily.

Today’s world is not of the kind that one country could decide for a group of other states, he said adding that power has been distributed among different countries and it is not exclusive anymore.

“Our greatest honor is that no one can tell us ‘if I don’t support you for a week, you will be speaking Arabic, Russian, or English,’” he said, highlighting that this independence is not a minor achievement at all.

He went on to say that Iran relies on its domestic capabilities for ensuring security and promoting industrial development.

Elsewhere, pointing to the power of social media, Zarif noted that the fact that Iranians use social networks to talk about their demands across the world “is not a threat, but an opportunity for the country.”