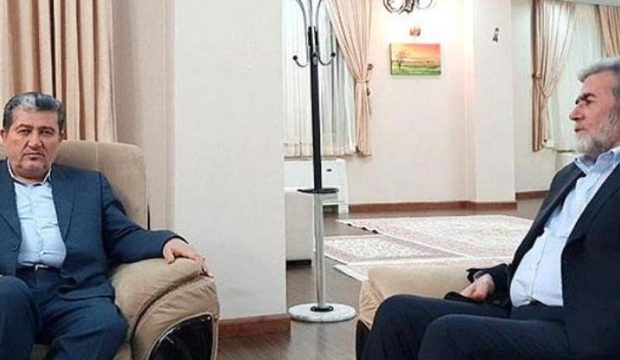 MNA – Chairman of Iran-Palestine Friendship Parliamentary Group said Tue. that the Palestinian cause is still the first and foremost priority of the Islamic world and Muslim nations.

Chairman of Iran-Palestine Freindship Parlaimentry Group, Amir Khojasteh, made the remarks in a Tue. meeting with visiting Secretary General of the Palestinian Islamic Jihad resistance movement Ziad al-Nakhala in Tehran.

He added that Muslim countries would continue to stand against the occupying regime of Israel until the full liberation of Jerusalem al-Quds and all the Palestinian occupied territories.

Khojasteh stressed that the support of the Islamic Republic of Iran to the Palestinian cause stems from Islamic and ideological principles.

He then noted the US’ many cases of failure in Syria, Iraq and Afghanistan, saying the world would soon come to see Washington’s total defeat in Palestine and the end of the occupying regime of Israel.

He noted the many victories achieved by the resistance movement in recent years despite difficulties, saying more victories are on their ways in the fight against the Israeli regime.

He further stressed that resistance is the only way to liberate the Palestinian occupied territories.