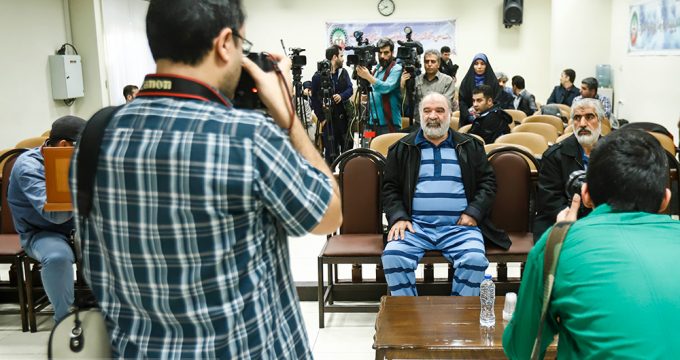 IRNA – The first session of the court hearing for six misusers of forex market fluctuations was held here on Tuesday.

Two of the accused , Qorban-Ali Farrokhzad-Zarrin and Teymour Ameri-Baraki are present in the court while the four others are outlaw, judge of the session Ghazi Movvahed said.

He further noted that they are accused of sabotaging the foreign exchange system through smuggling.

In recent months, Iran has been witnessing fluctuations in prices and foreign exchange rates. The judicial system has launched a vigirous campaign against individuals and gangs which are causing economic crises in the country.

Last week another economic saboteur ‘Hamidreza Baqeri Dermani’ known as the lord of bitumen was hanged in Tehran.

Earlier, Vahid Mazloumin, known as Sultan of Coins, was executed in Tehran early on November 14.

Mazloumin and his accomplice Mohammad-Esmaeil Qassemi, who had formed a smuggling gang were convicted of being involved in economic corruption, manipulating the domestic currency market and making illegal deals, and they were sentenced to death.

Based on a report released by Central Bank of Iran (CBI) about nine months ago, and after investigation carried out by Iran’s Ministry of Intelligence and the Police, a number of key individuals involved in embarrassing the Forex and currency markets were arrested.

In recent months, economic situation and the instability in the Forex market have troubled the Iranian economy.