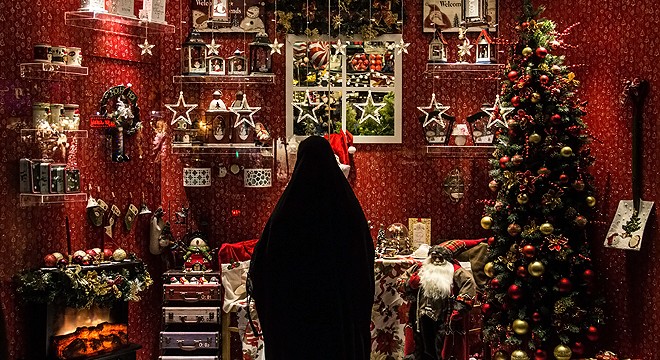 RT | Neil Clark: Christmas is a time of goodwill to all men. Or at least it should be. But while the West’s Middle East ‘bad guys’ Iran and Syria, showed the Yuletide spirit, its closest allies, Saudi Arabia and Israel, failed to do so.

Iran is demonized by Western neocons and we’re meant to see the country as an evil, ‘monster‘ regime of foaming-at-the-mouth religious fanatics who hate everyone.

So it goes against the dominant narrative somewhat that Iran’s Foreign Minister Javad Zarif tweeted a Christmas message and wished ‘peace and joy to all in 2019’, on Christmas Eve.

The angels said, “Mary, God gives you good tidings of a Word from Him whose name is Messiah, Jesus, son of Mary; high honored shall he be in this world and the next, near stationed to God. (QURAN 2:45)
May the blessings of the birth of Jesus usher peace and joy to all in 2019. 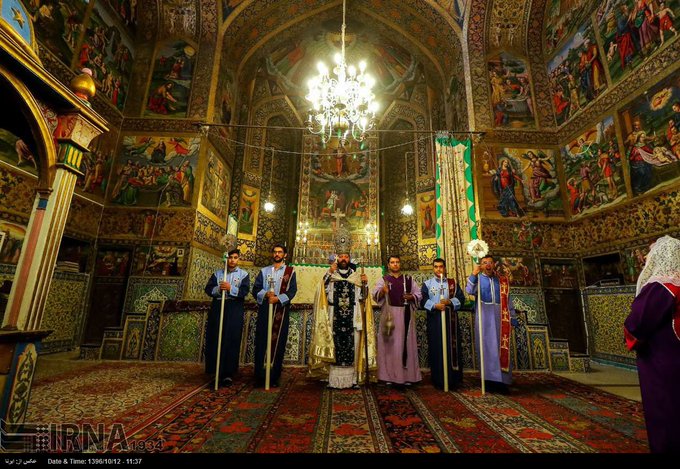 The angels said, “Mary, God gives you good tidings of a Word from Him whose name is Messiah, Jesus, son of Mary; high honored shall he be in this world and the next, near stationed to God. (QURAN 3:45)
May the blessings of the birth of Jesus usher peace and joy to all in 2019.

It also goes against the narrative, that Zarif, back in September, wished Jews, in Iran and across the world, “a very Happy New Year filled with peace and harmony.”

We’re told repeatedly that the Iranian ‘regime’ is ‘anti-Semitic’, but do ‘anti-Semites’ wish Jews a happy ‘Rosh Hashanah’? If so, it’s a rather strange definition.

The Iranian Foreign Minister also tweeted on December 26 a message of goodwill to Iran’s Zoroastrian community. 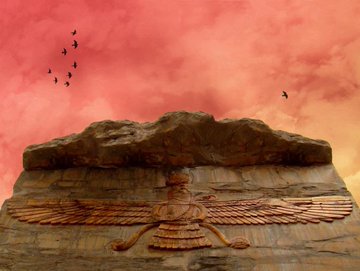 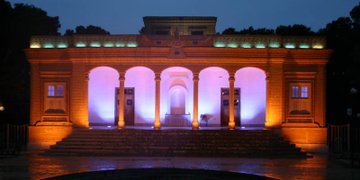 Contrast this consideration to people of different faiths from Tehran, with the lack of congratulations on other religious holidays from the Kingdom of Saudi Arabia. A week before Iran’s Foreign Minister was tweeting positively about Jesus, the KSA’s Customs Authority was also on the social media platform, confirming that Christmas trees were banned from entering the Kingdom for the festive season.

The US government spent years trying to destroy Syria — which protects religious rights for minorities and has a vibrant Christian community — while selling billions of dollars of arms to the Saudi monarchy — which bans Christmas trees and supported ISIShttps://twitter.com/maramkasem/status/1074292976782860289?s=19 …

In fact, despite the large number of Christians from other countries who work in the country, including many Britons, the holding of any Christmas-related services or commemorations in Saudi Arabia is strictly banned. “The Christmas season – often a season where Christians around the world are most visible – is a tense time for Christians in Saudi Arabia, who have to celebrate the holiday in secret, risking arrest and deportation,” said Jeff King, President of the International Christian Concern, in 2016.

Imagine being a Christian and not being able to openly celebrate the birth of Christ. It happens in Saudi Arabia, yet Western leaders, so keen to lecture others about ‘human rights’ and ‘religious freedom’ stay silent, preferring to pick on Iran – where Christmas can be openly celebrated.

Syria is another country ‘monstered’ by the endless war lobby but where, against all the odds, the Christmas spirit is still maintained. Big seasonal celebrations were held this year in Aleppo and Damascus. Remember Aleppo?

It was recaptured by the Syrian Arab Army from Islamist ‘rebels’ two years ago this month, and the neocon/’liberal interventionist’ commentariat, and most of the political class portrayed it as a most terrible thing. Ian Austin MP said that people in Aleppo faced ‘slaughter’.

John Woodcock MP called the Morning Star newspaper ‘traitorous scum’ for referring to the recapture of Aleppo by Syrian forces of their own territory, as a ‘liberation’. But if you look at the pictures of Christians celebrating Christmas there once again, which they were forbidden to do under the western-backed head-chopping ’rebels’ you can see that the ‘L’ word was indeed appropriate.

This year in Damascus though, the festive celebrations were defiled by another act of aggression against Syria from a Western-supported-country, one which incidentally Ian Austin and John Woodcock have been Parliamentary ‘Friends’ of.

On the evening of December 25, loud explosions could be heard seven miles from the center of Damascus. Russia’s Defense Ministry said that Israel’s Christmas Day F-16 strikes endangered two civilian flights – as well as injuring three personnel at the logistics compound.

Whatever your stance is on Middle Eastern affairs – and leaving aside the illegality of the operation whenever it took place – the question is: did Israel really have to bomb Syria on Christmas Day?

Would Israel’s ’security’ have been lessened if the raid had taken place on December 28 and not the 25th? Israel’s Prime Minister Benjamin Netanyahu did tweet Christmas greetings out to ‘Christian friends’ in Israel and around the world on December 24, but why did his forces attack a country where Christians were celebrating one day later?

On Christmas, a national holiday for Syria, Israel is bombing Damascus and inflicting terror on tens of thousands of Syrian families in the midst of celebrating. Horrifying.

MORE: Reports indicate that the attack came from Israelhttps://on.rt.com/9l7l

Just imagine the enormous outcry if Russia had carried out air strikes on Ukrainian targets on the evening of 25th December. In fact, the US magazine Newsweek, doing its best to ratchet up East-West tensions still further, predicted such an event only last week. They published an article on Christmas Eve which began with the words “As people in Western Europe and the United States get comfortable for the holidays, the chances increase that Russia will take advantage of the distraction to launch attacks against its neighbor Ukraine, experts said.”

And who are these ’experts’, I hear you ask. Well, guess what, they were all from the Atlantic Council. 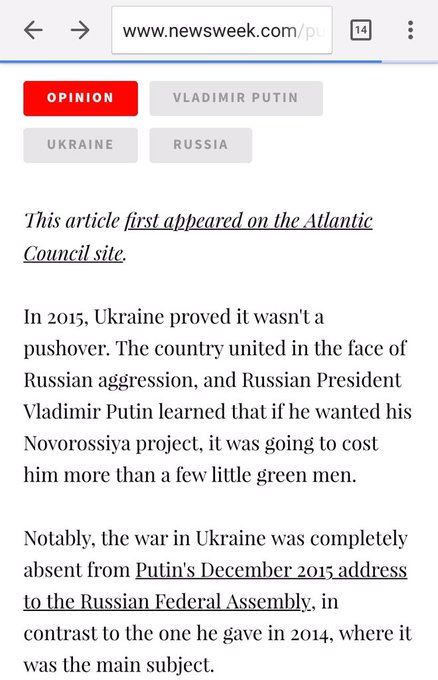 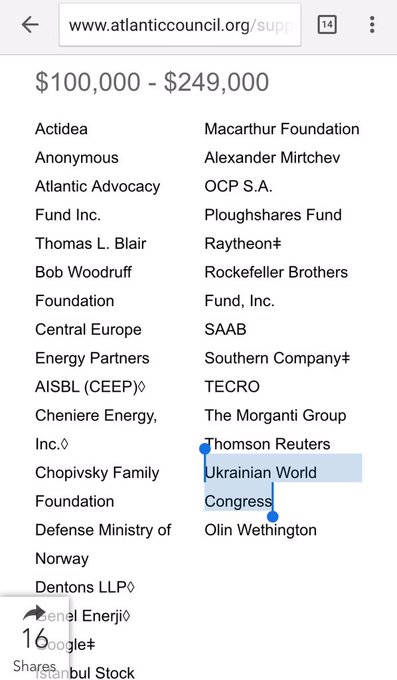 The ‘experts’, surprise surprise, were wrong. The ‘monster’ Russia did not launch attacks on Ukraine over Christmas. But Israel did attack Syria – and there was silence from those who would have screeched very loudly (and be calling for RT to be taken off the air immediately) if the Kremlin had ordered such a sacrilegious act.

Yes- I have an agenda. It’s called humanity. Two civilian flights were threatened by the attacks on Christmas night.

Convenient you leave out the fact that it’s Assad’s Syria, and that the Israelis were bombing the IRGC and other known terrorists. Not like you have an agenda or anything.

One doesn’t expect IS to respect Christmas, but you would expect Western leaders – of predominantly Christian nations to regard the group as public enemy number one. Yet in Syria, the US and its allies welcomed the group’s growth precisely because it threatened the secular, Christian-protecting government of Bashar al-Assad. A declassified US intelligence report from August 2012 predicted the establishment of a “Salafist principality in Eastern Syria” and said that this is “exactly what the supporting powers to the opposition want, in order to isolate the Syrian regime.”

Furthermore, in a leaked tape recording the former Secretary of State John Kerry admitted that the US allowed IS to expand its territory to threaten Damascus.

At the same time, those fighting IS, and other al-Qaeda-linked death squads in Syria, namely the Syrian Arab Army, Russia, Iran and Hezbollah, have been ‘monstered’ by the West and its regional allies’ propaganda machines.

Reflect on this: It wasn’t Syrian, Russia, Iranian or Hezbollah forces or followers who slaughtered British and other Western holiday-makers on the beach in Tunisia in 2015 – but an IS terrorist who is thought to have trained at a jihadist camp in neighboring Libya and whose government had been forcibly toppled by NATO powers four years earlier. Similarly, it wasn’t Syrian, Russian, Iranian or Hezbollah forces or followers who carried out murderous attacks against civilians in Paris, Nice, Brussels, and London, or at Christmas markets in Berlin and Strasbourg.

Respecting Christmas and what it stands for is an important litmus test, as it tells us a lot about the actors involved, especially if they are not themselves Christians.

The ‘monstering’ of those who do show the proper ‘Yuletide spirit’, and the turning of a blind eye to those that don’t, highlights the spectacular hypocrisy of those in power in the West who profess to support ‘Christian values’ but in fact do everything possible to subvert them.

If anyone needs an Ebenezer Scrooge-style epiphany this Christmas, it’s the ‘monster-slayers’ themselves.