A Look at Iranian Newspaper Front Pages on December 31

Iran Front Page – IFP has taken a look at the front pages of Iranian newspapers on Saturday, December 30, 2018, and picked headlines from 15 of them. IFP has simply translated the headlines and does not vouch for their accuracy.

The recent developments in Syria, particularly the US withdrawal and Syrian Army’s victory in taking control of Kurdish-held regions north of the country caught attentions of most papers on Monday.

Another hot topic for Iranian newspapers was a meeting between Supreme National Security Council Ali Shamkhani and Palestinian Islamic Jihad Secretary-General Ziad al-Nakhaleh, in which the Iranian officials renewed Iran’s commitment to assisting Palestinians in their battle to liberate their lands. 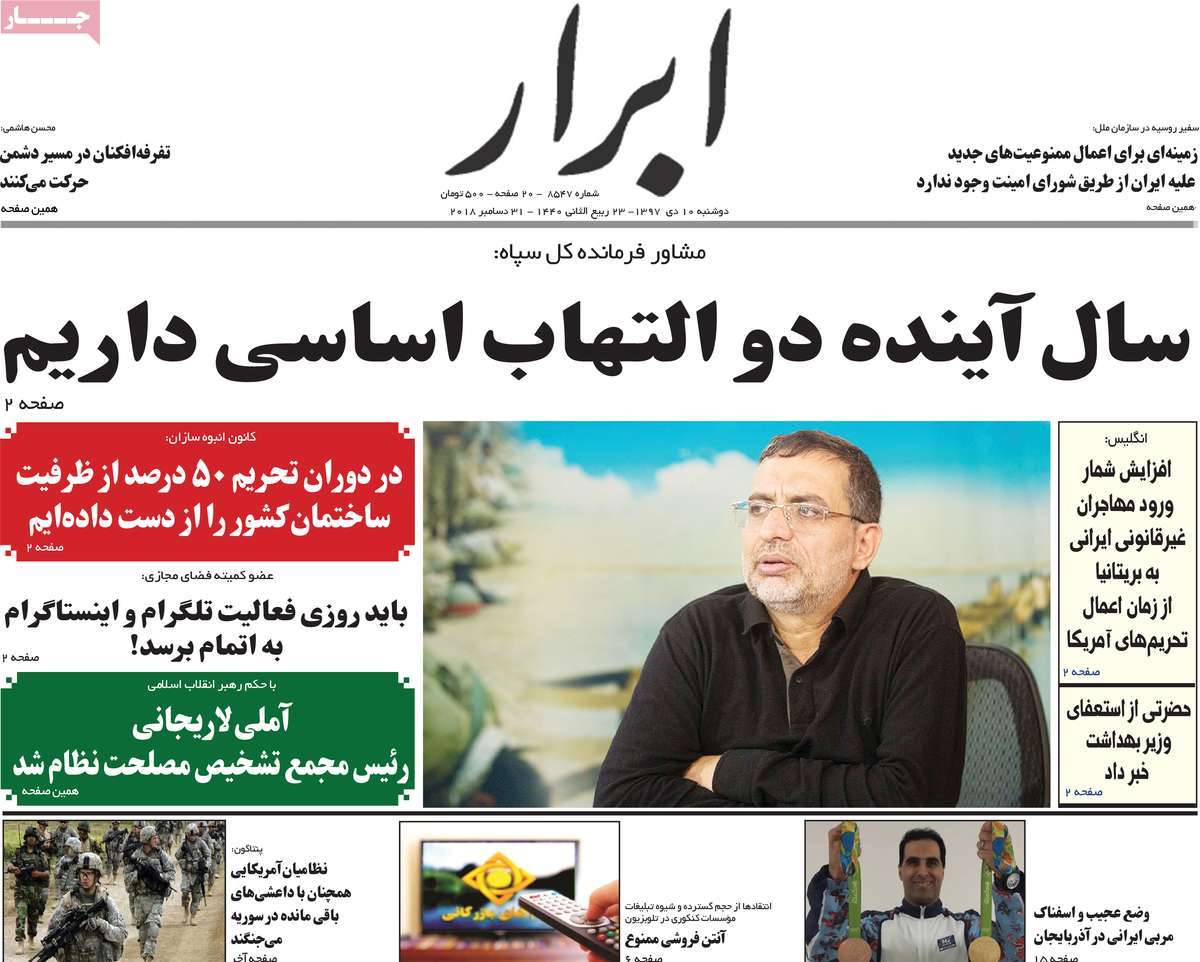 1- Would Dismissal of Adel al-Jubeir Prepare Ground for Iran-Saudi Talks? 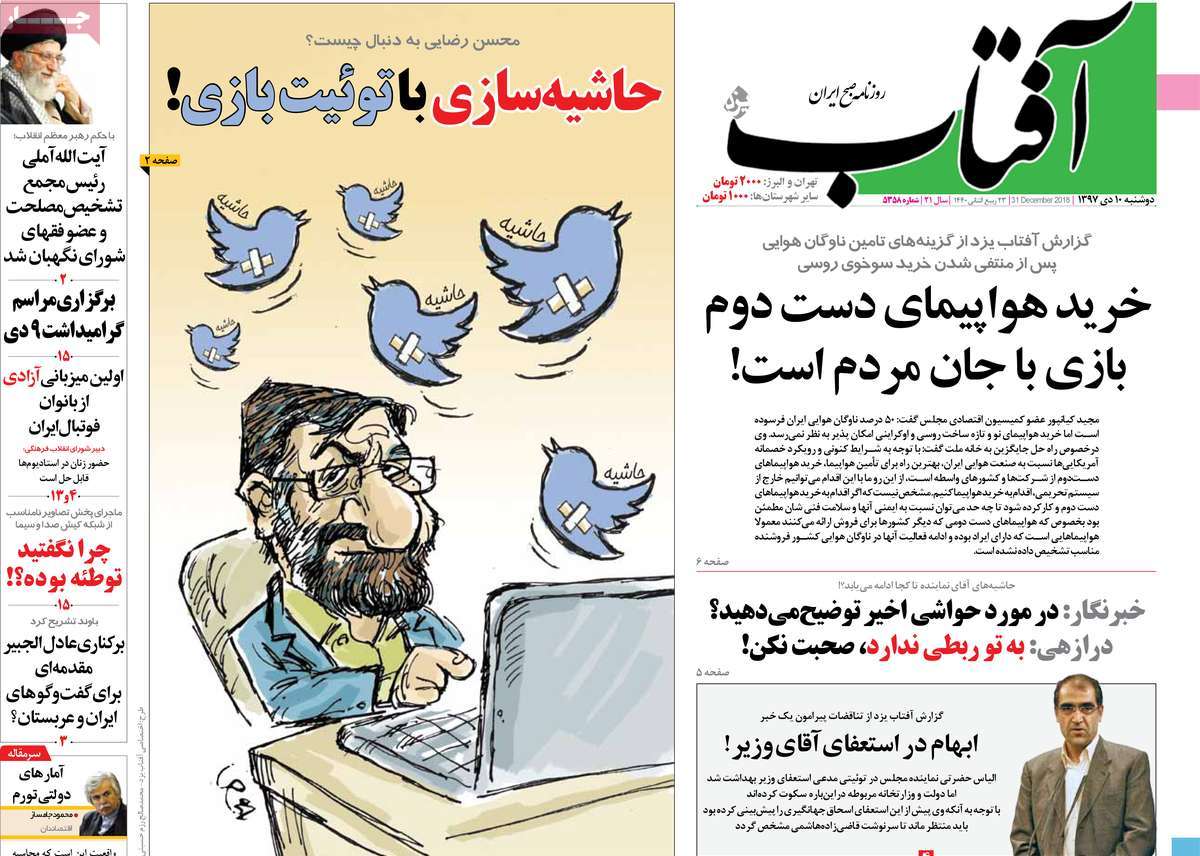 1- Zarif Talks About Possibility of Choosing Two Other Female Ambassadors 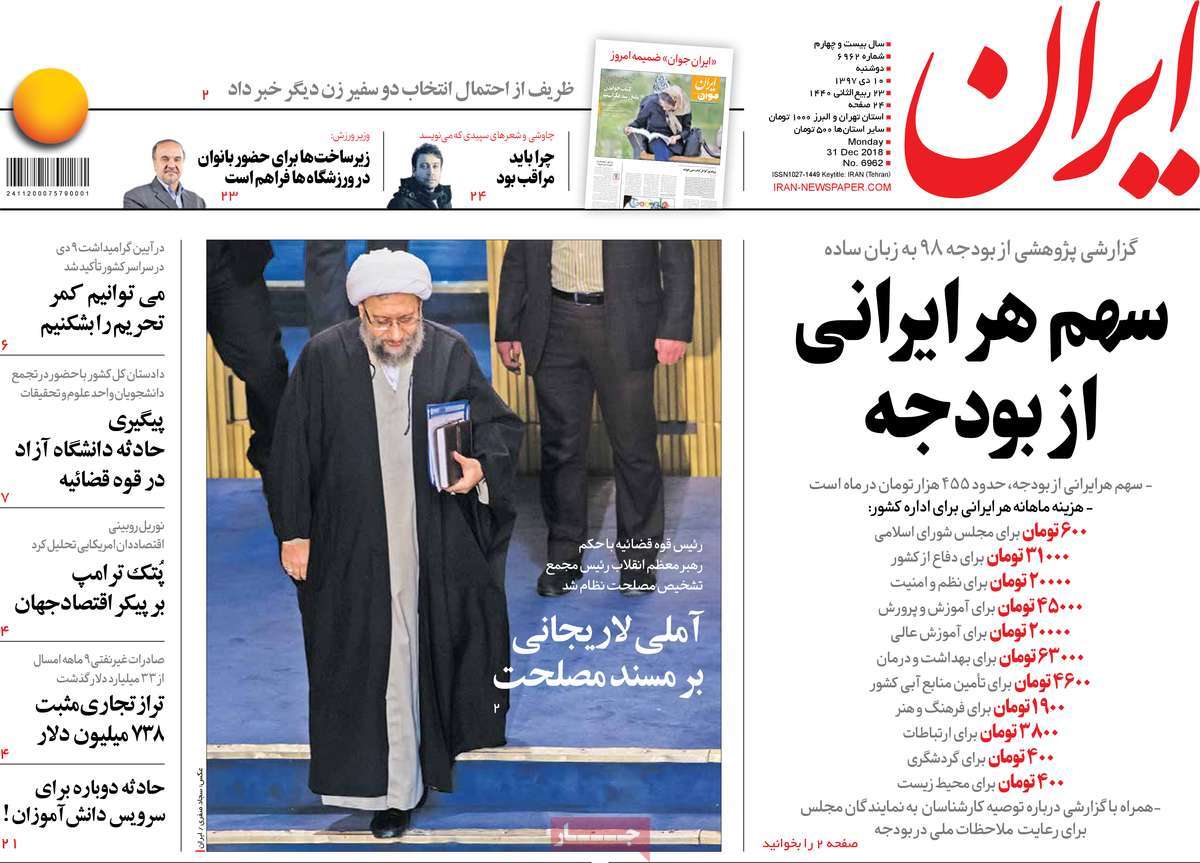 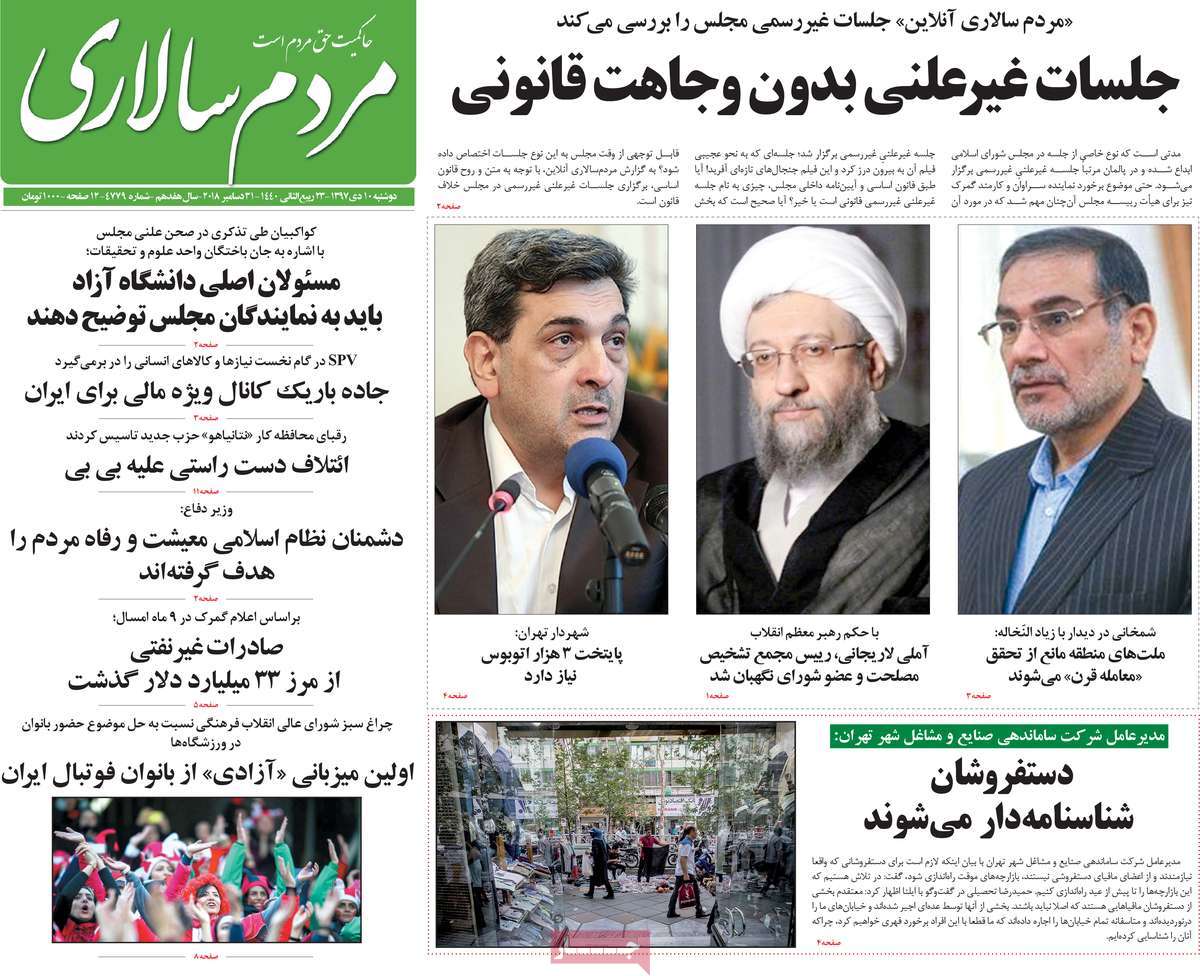 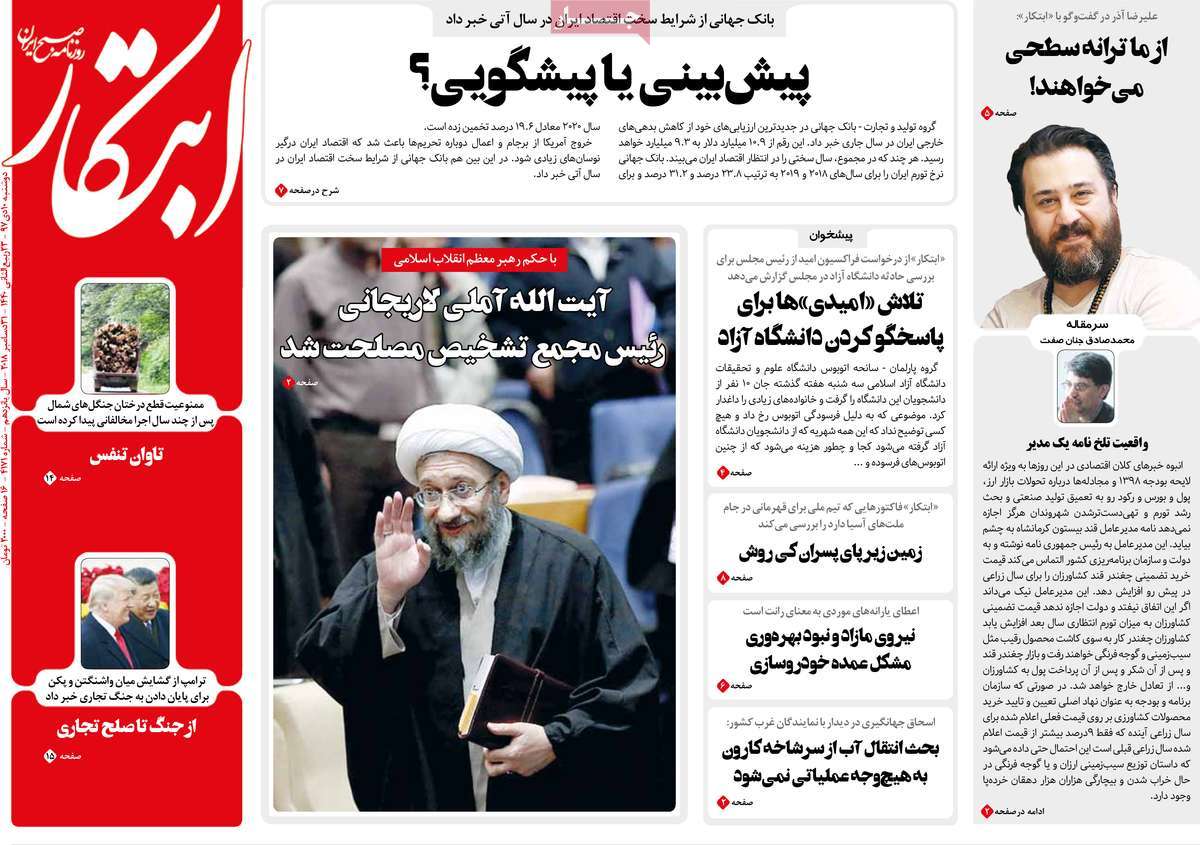 2-Iran and US Withdrawal from Syria 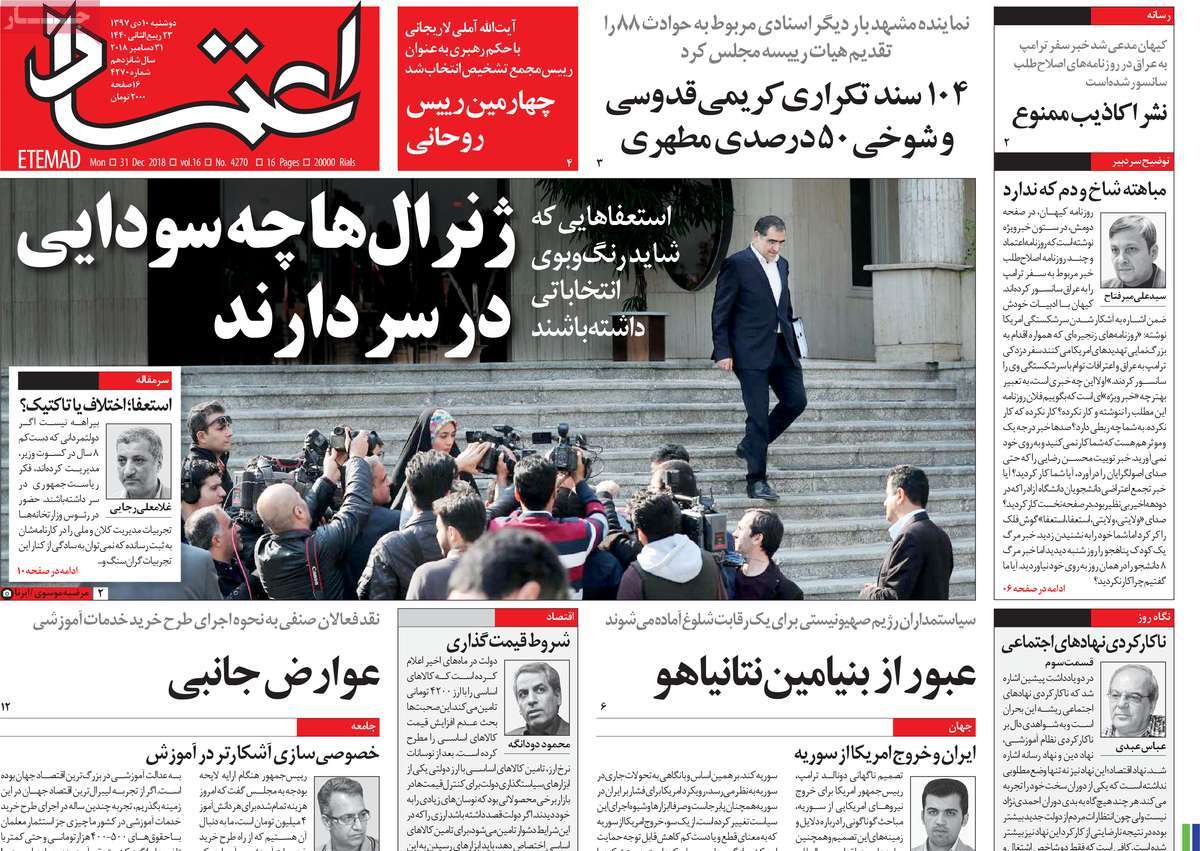 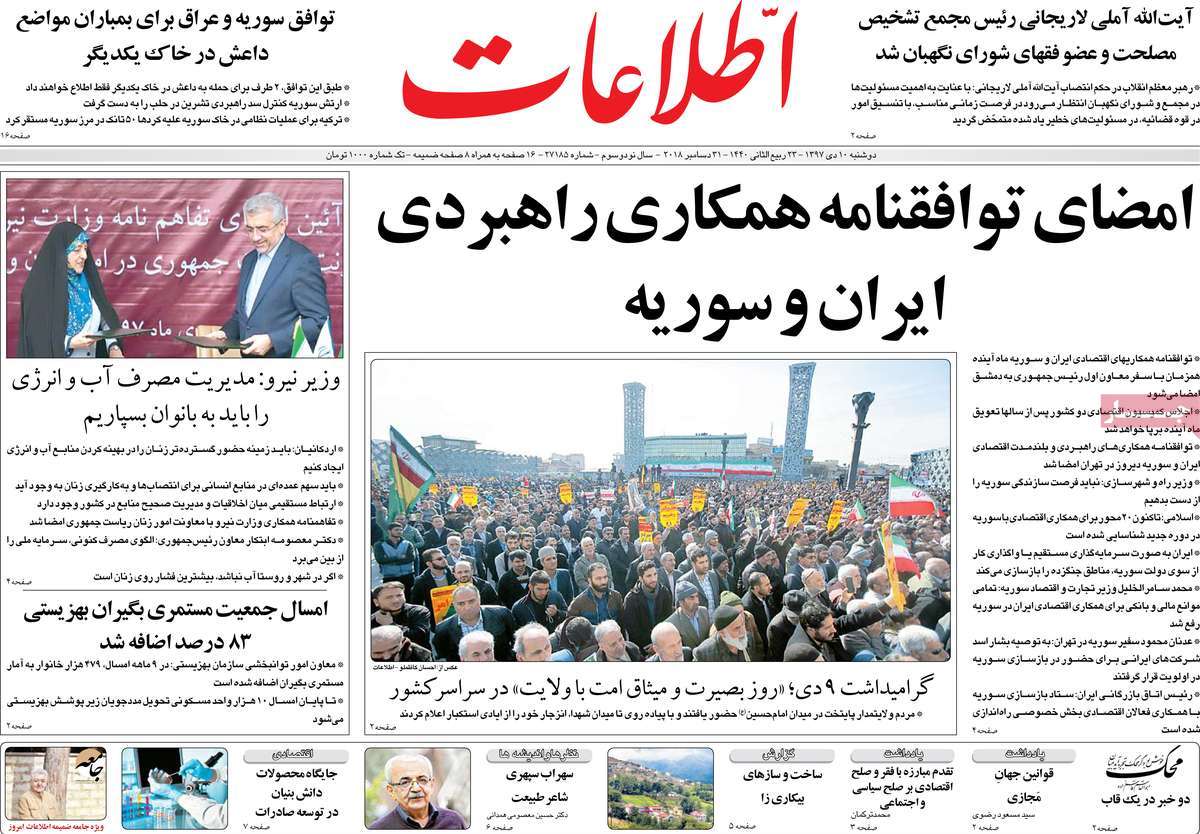 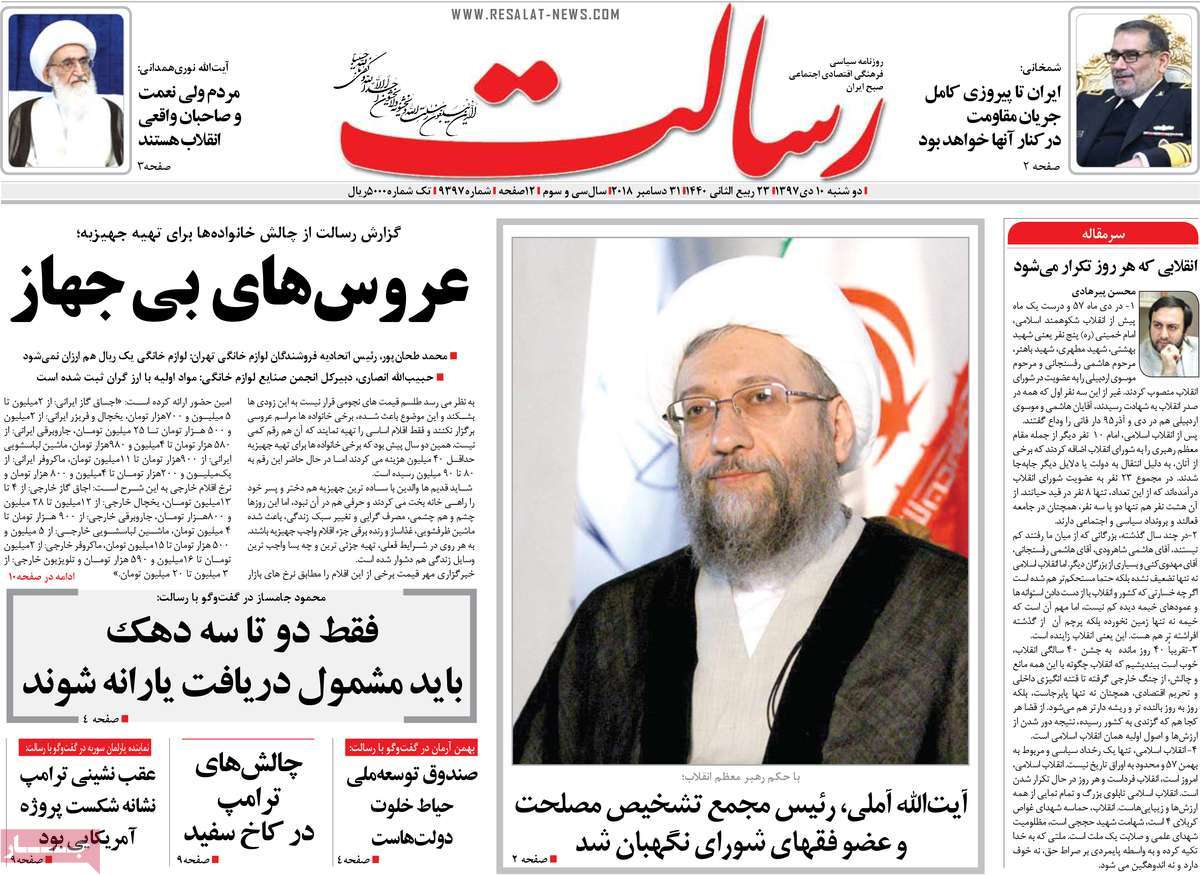 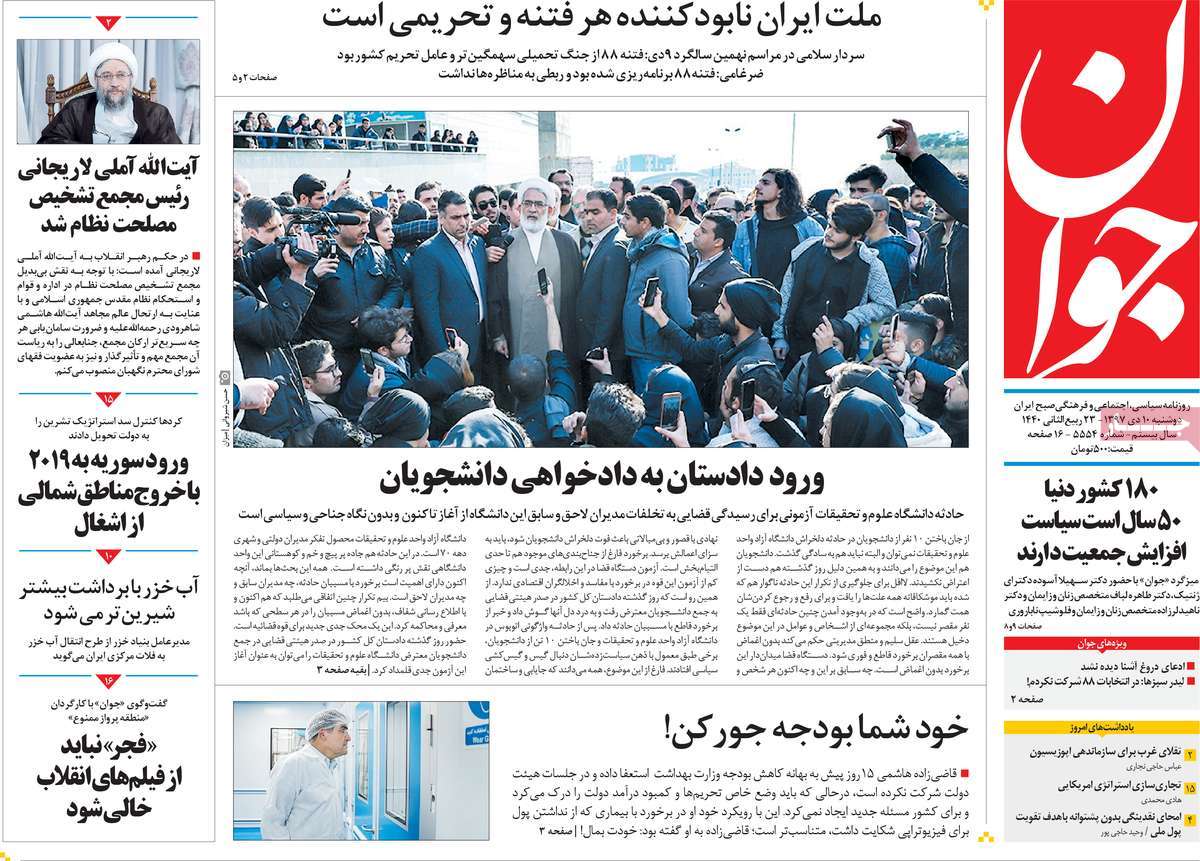 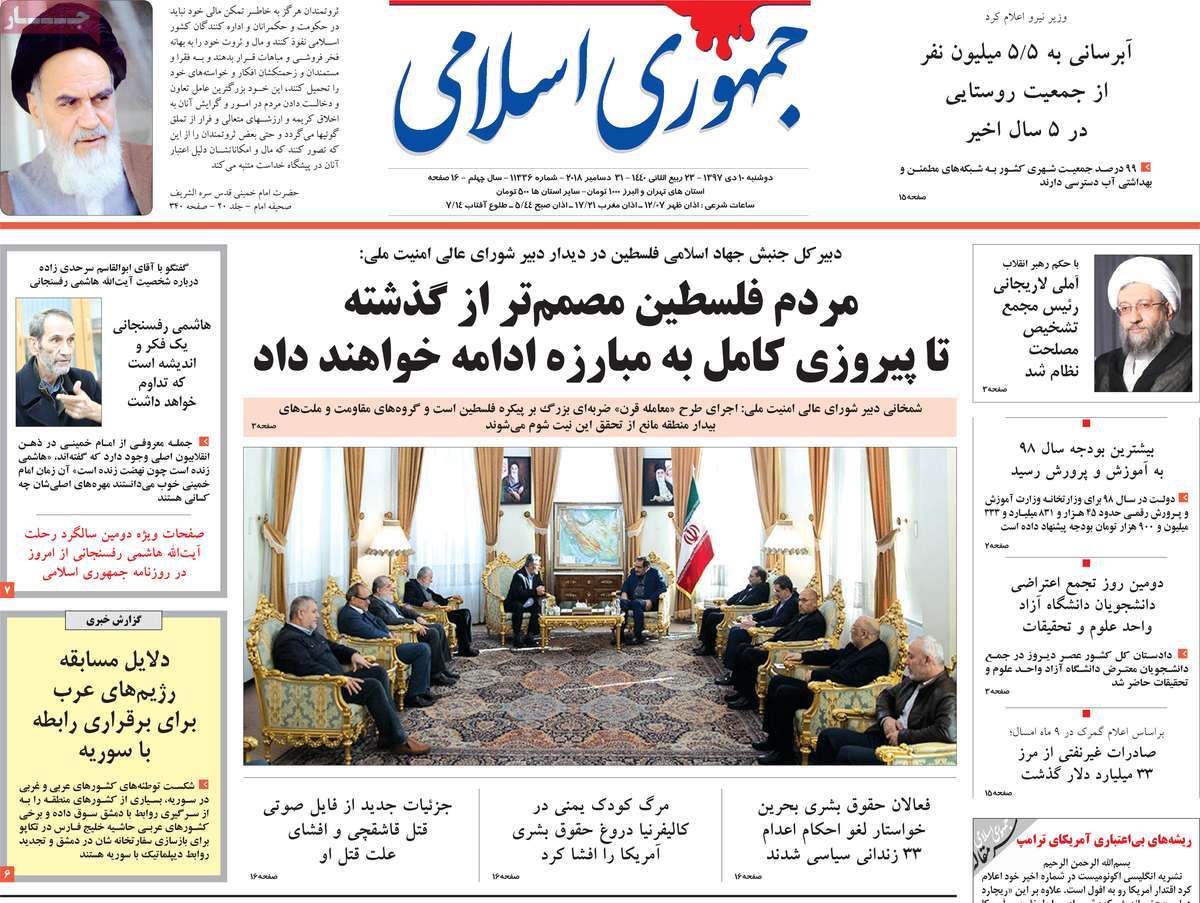 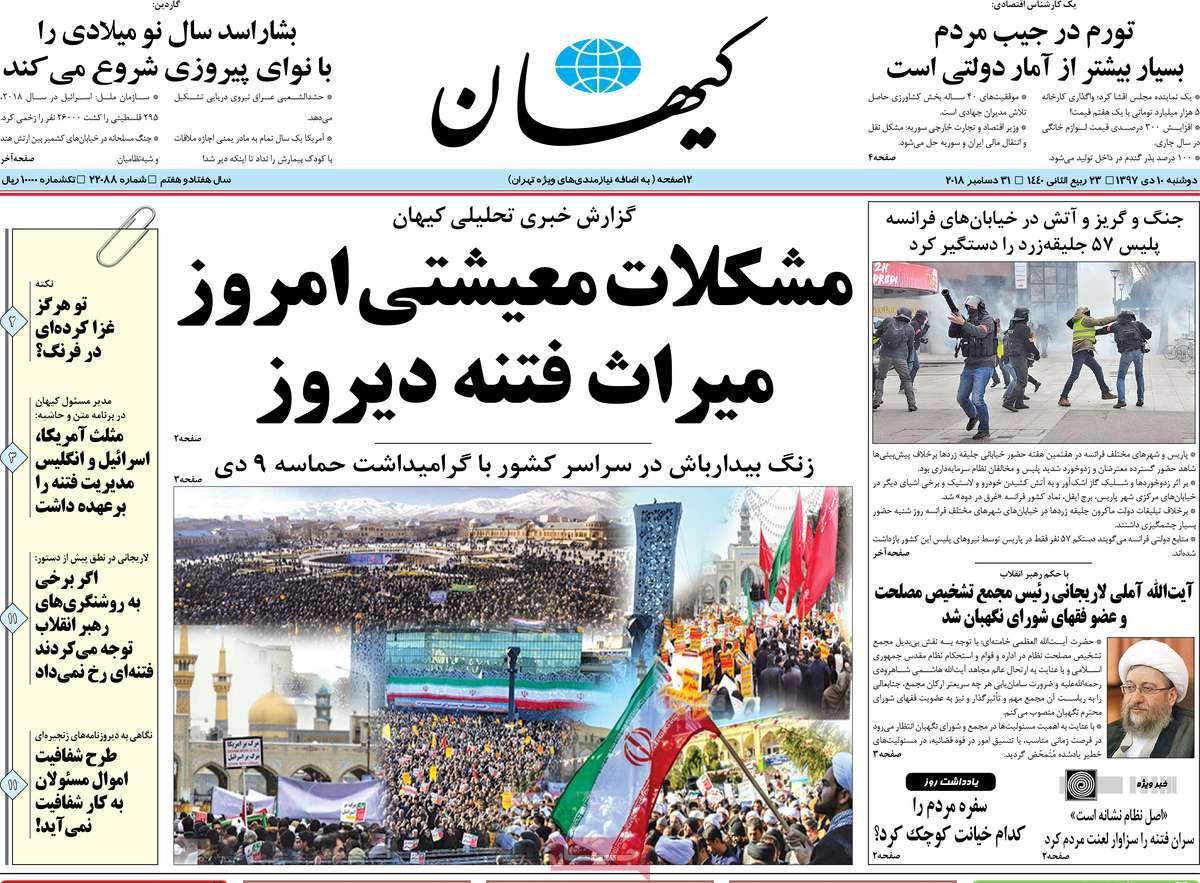 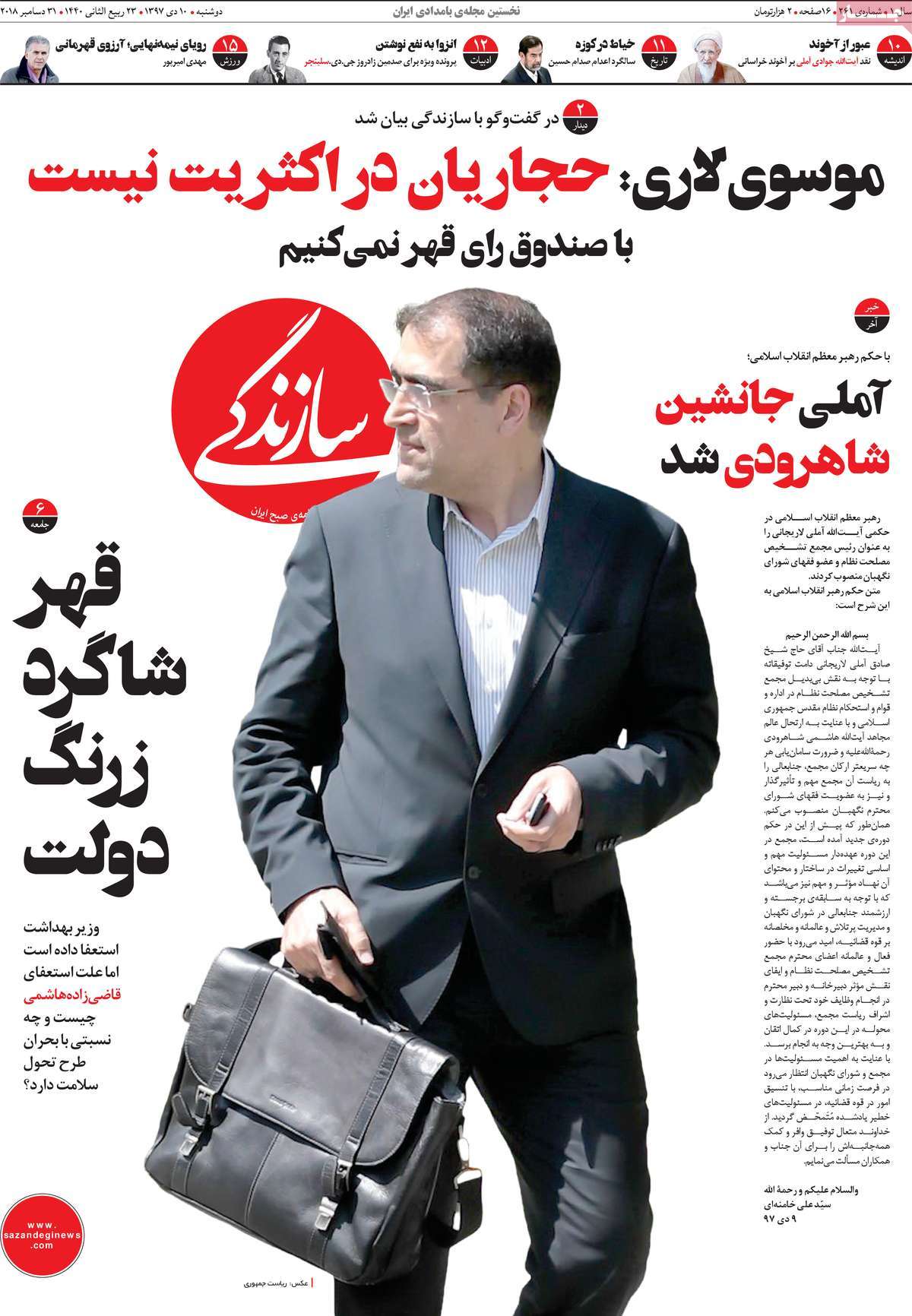 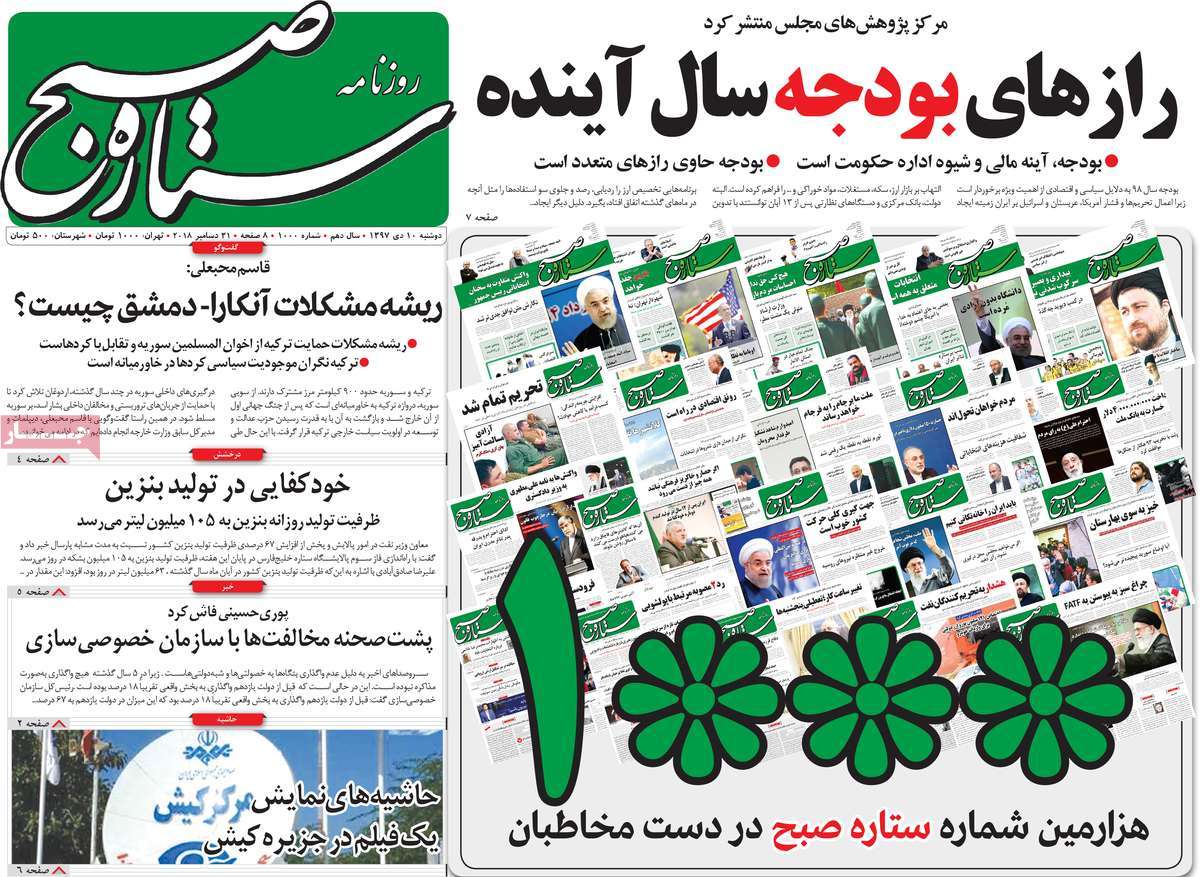 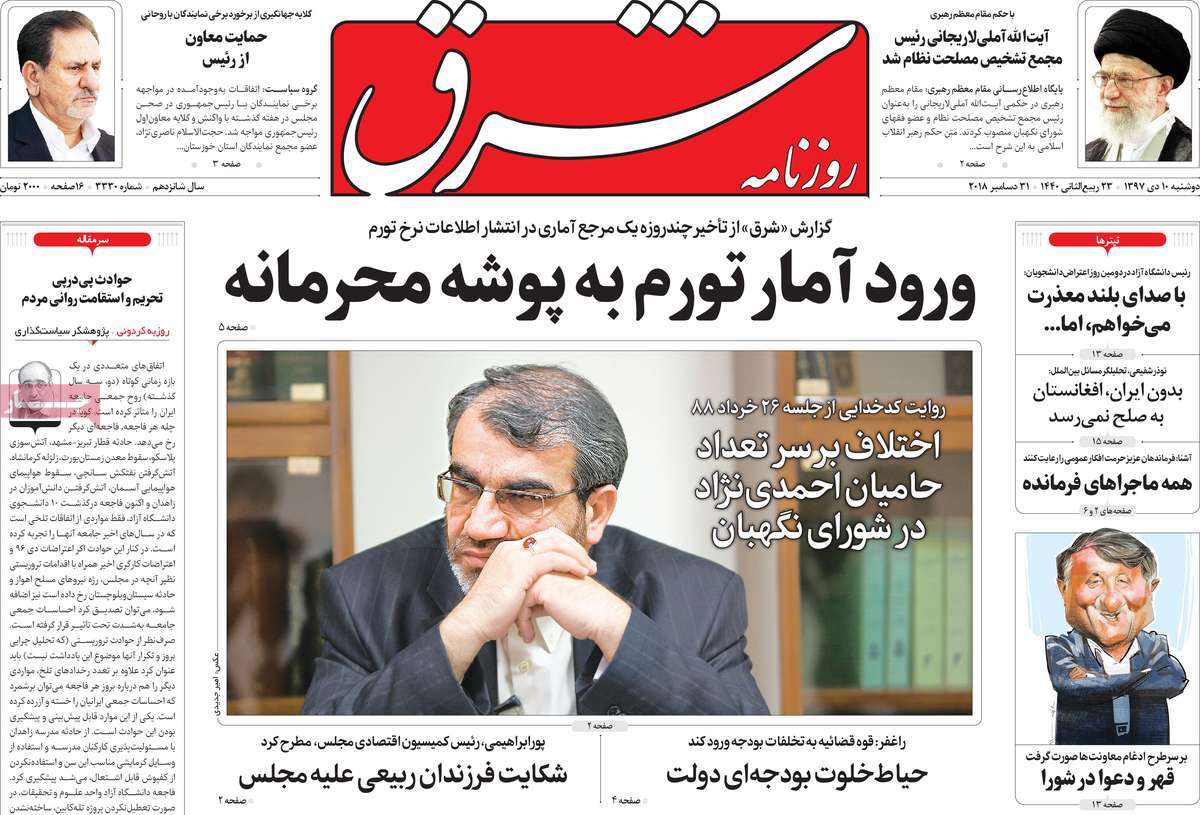 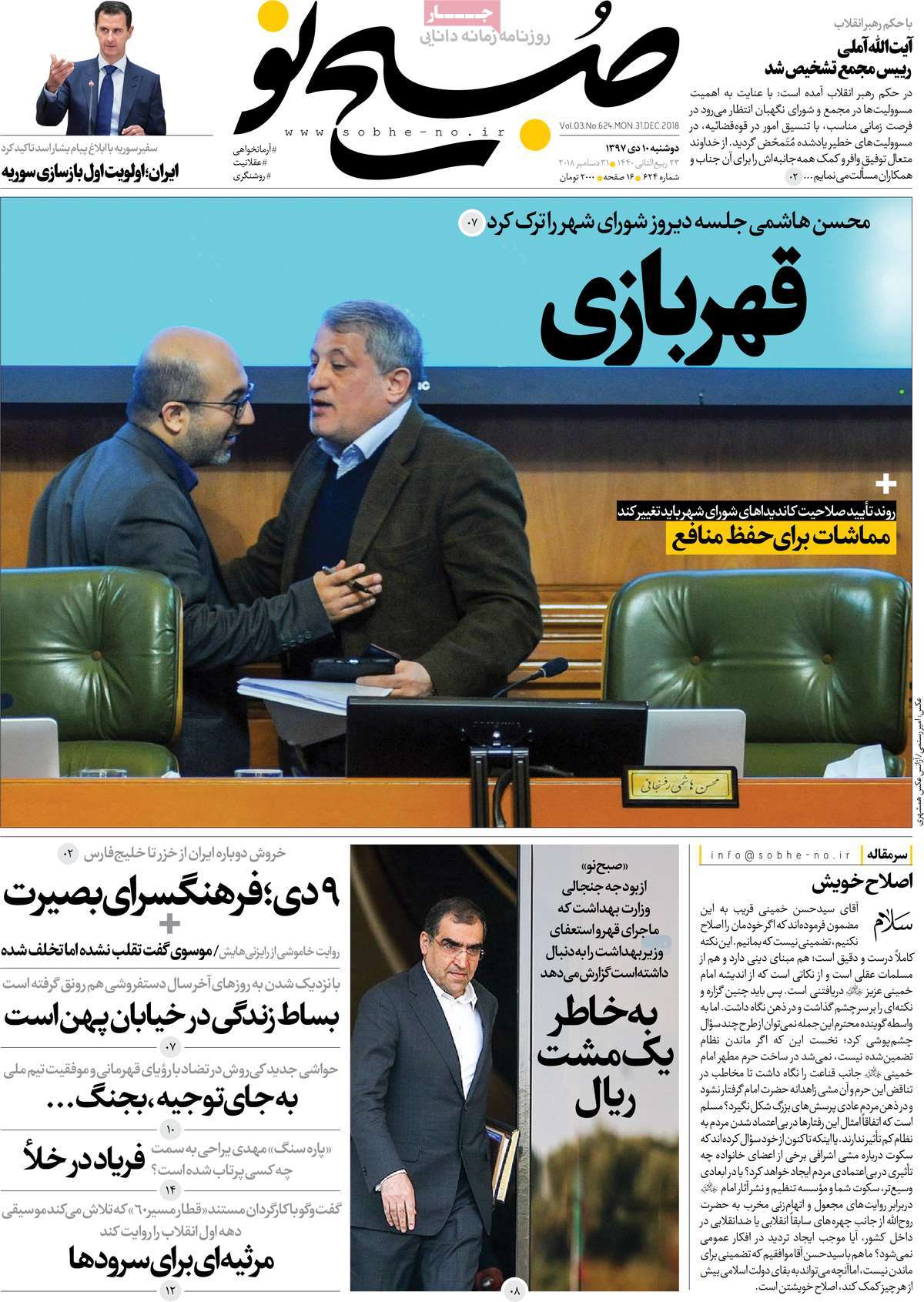