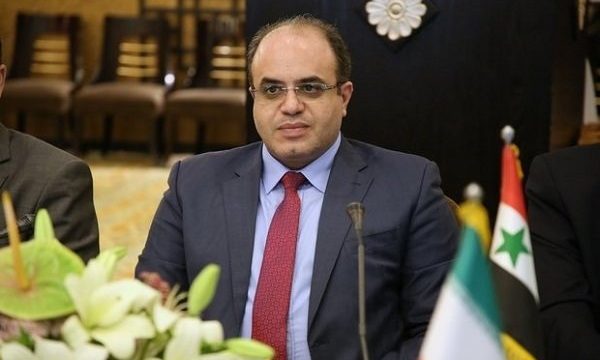 Suitable ways have been provided for foreign investors to invest in Syria, he said, adding, “in this regard, Iran’s private sector can re-export their products from Syria as well.”

He made the above remarks in his meeting with economic activists, held at the venue of Iran Chamber of Commerce, industries, Mines and Agriculture (ICCIMA), and said, “setting up Syria’s Economic Committee after seven years indicates high interest of the two sides for accelerating bilateral economic interactions.”

“We hope that trade and business ties between Iran and Syria will be strengthened more than before,” he emphasized.

Elsewhere in his remarks, Samer al-Khalil reiterated, “organizing such meetings will create a golden opportunity for the two sides to exchange their views in available projects in Syria.”

Syrian Minister of Economy and Foreign Trade Mohammad Samer al-Khalil once again reiterated that Syria has paved suitable ways for Iranian investors to re-export their products. In the same direction, tax exemptions can be considered as incentive for investors in economy of this Arab country.”