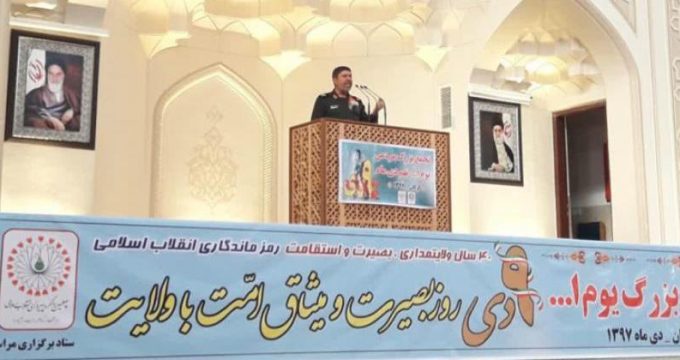 Brigadier General Ramezan Sharif said on Sunday in the gathering of Gorgan people (North of Iran) to commemorate anniversary of ‘Dey 9 Epic’, ‘2009 election was one of the most prominent signs of the presence and solidarity of the Iranian people, which the enemy tried to dissipate the epic by negligence of some of the internal forces to inflict damage on the system.

The IRGC spokesman said that the permanent conspiracy of enemies to inflict damage on Iran provided a golden opportunity for the country, one of its results being the strengthening of the defense system.

Sharif pointed to US economic sanctions against Iran and said, ‘Without a doubt, the new round of sanctions, in addition to continued progress and success, will lead to greater Iran’s sustainability in the economic sectors.’