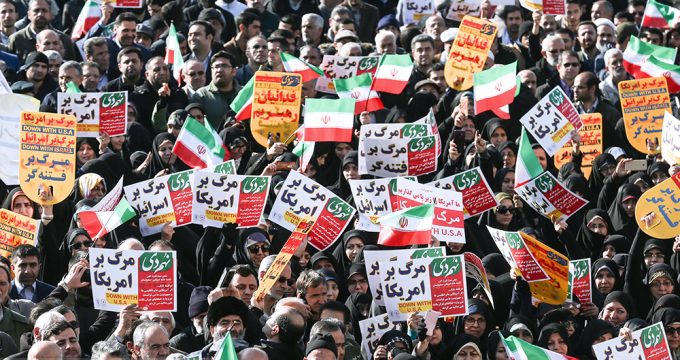 People in Iran attended countrywide marches on Sunday to commemorate a massive rally back in 2009 in which the nation reaffirmed allegiance to the Islamic Republic and ended months of turmoil in the wake of that year’s presidential election.

Chief of staff of the Iranian Armed Forces Major General Mohammad Baqeri said that given the huge number of the US forces currently present in the region, its recent exit from Syria is not a remarkable measure.

Conscious nations of region to avoid “Deal of the Century”: Shamkhani

Iranian Parliament Speaker Ali Larijani ordered the Education Commission to investigate the circumstances surrounding a bus crash at a Tehran university that killed a number of people, mostly students.

IRGC commander highlights US defeats in face of Iranian nation

Islamic Revolution Guards Corps (IRGC) Lieutenant Commander Brigadier General Hossein Salami highlighted the US failures in the face of the Iranian nation and said Washington has learned “the art of being defeated”.

Syrian Ambassador to Tehran Adnan Mahmoud said his country gives priority to Iran for carrying out projects in the reconstruction process of Syria after years of war.

The Iranian Defense Ministry has issued a statement on the anniversary of ‘Dey 9’, saying that the sanctions and economic war waged against Iran have given the country a historic opportunity to produce and increase national power.

Russia’s Ambassador to the UN Vassily Nebenzia highlighted that no one has presented any fact about Iran’s ‘so-called’ violation of UN Security Council 2231.