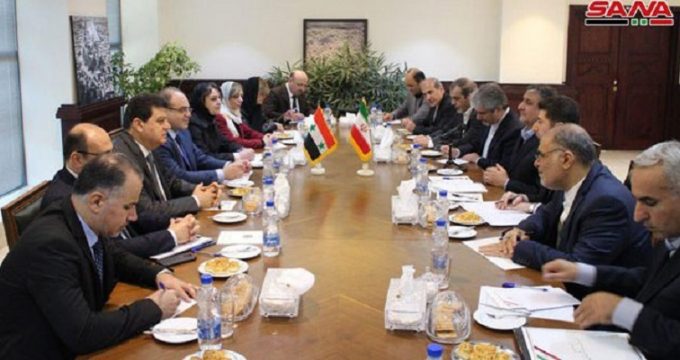 IRNA — Members of the Iran-Syria Joint Ministerial Economic Committee met in Tehran on Saturday and the meeting was co-chaired by Iranian Minister of Roads and Urban Development Mohammad Eslami and Syrian Economy Minister Mohammad Samer al-Khalil.

The two sides discussed expansion and development of economic and investment cooperation between the two countries and reaching consensus on the long-term strategic economic cooperation agreement, SANA reported.

Al-Khalil said that the two countries are determined to develop economic relations, as the economic sector must have priority in cooperation between them, as developing investment, trade, banking, and financial relations would contribute to economic development and improve trade exchange.

“We count on Iranian companies to play a major role in reconstruction in Syria,” he said.

In turn, Eslami hoped that the agreement will be finalized, and that one of the most important aspects of this agreement is motivating the Iranian sector to work in Syria.