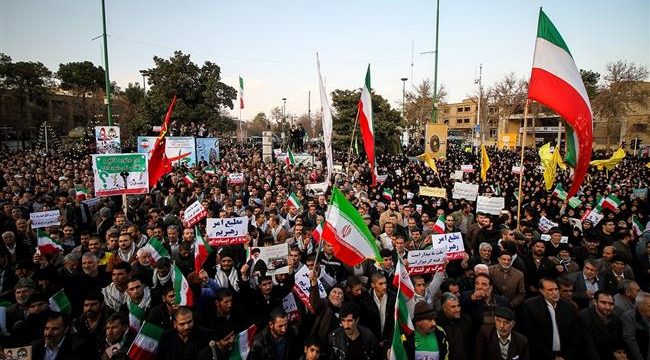 MNA – Coordinating Council of Islamic Development Organization has issued a statement calling on Iranian people to attend the anniversary of Dey 9, on which mass rallies were held in support of the Islamic Establishment across Iranian cities back in 2009.

The Coordinating Council of Islamic Development Organization issued a statement on Saturday calling on the Iranian nation to take part at nationwide rallies in support of the Islamic Establishment. The rallies are going to be held tomorrow to mark the 8th anniversary of the massive rallies that were held on Dey 9 (December 30) in 2009.

The large-scale rallies on the 9th of Iranian month of Dey in 2009 were held accross Iran to denounce the continuous riots that erupted in Tehran and some other Iranian cities following the announcement of 2009 presidential elections.

The statement of Coordinating Council of Islamic Development Organization describes the Dey 9 Epic as a day on which the Iranian nation renewed their allegiance to the Islamic Establishment and the Leader Ayatollah Khamenei.

The statement calls on the people to attend the nationwide rallies tomorrow across Iran at 10 AM local time.

The rallies in the Iranian capital of Tehran are planned to be held at Imam Hossein Square at 10 AM.