A Look at Iranian Newspaper Front Pages on December 30

Iran Front Page – IFP has taken a look at the front pages of Iranian newspapers on Saturday, December 30, 2018, and picked headlines from 13 of them. IFP has simply translated the headlines and does not vouch for their accuracy.

The top story in most papers today was a controversial interview by Iran’s Foreign Minister Mohammad Javad Zarif, in which the US presence is source of tensions in region and the country would drag the world into chaos if it tries to carry out its threat of preventing Iran’s oil export.

A protest gathering demanding the resignation of top IAU officials over a deadly bus crash was another hot topic in Iranian newspapers.

Several papers also covered the anniversary of 9 Dey demonstrations in 2009, which ended street protests over allegations that the presidential elections earlier that year involved fraud.

3- Zarif: We Won’t Negotiate With Americans in Emergencies 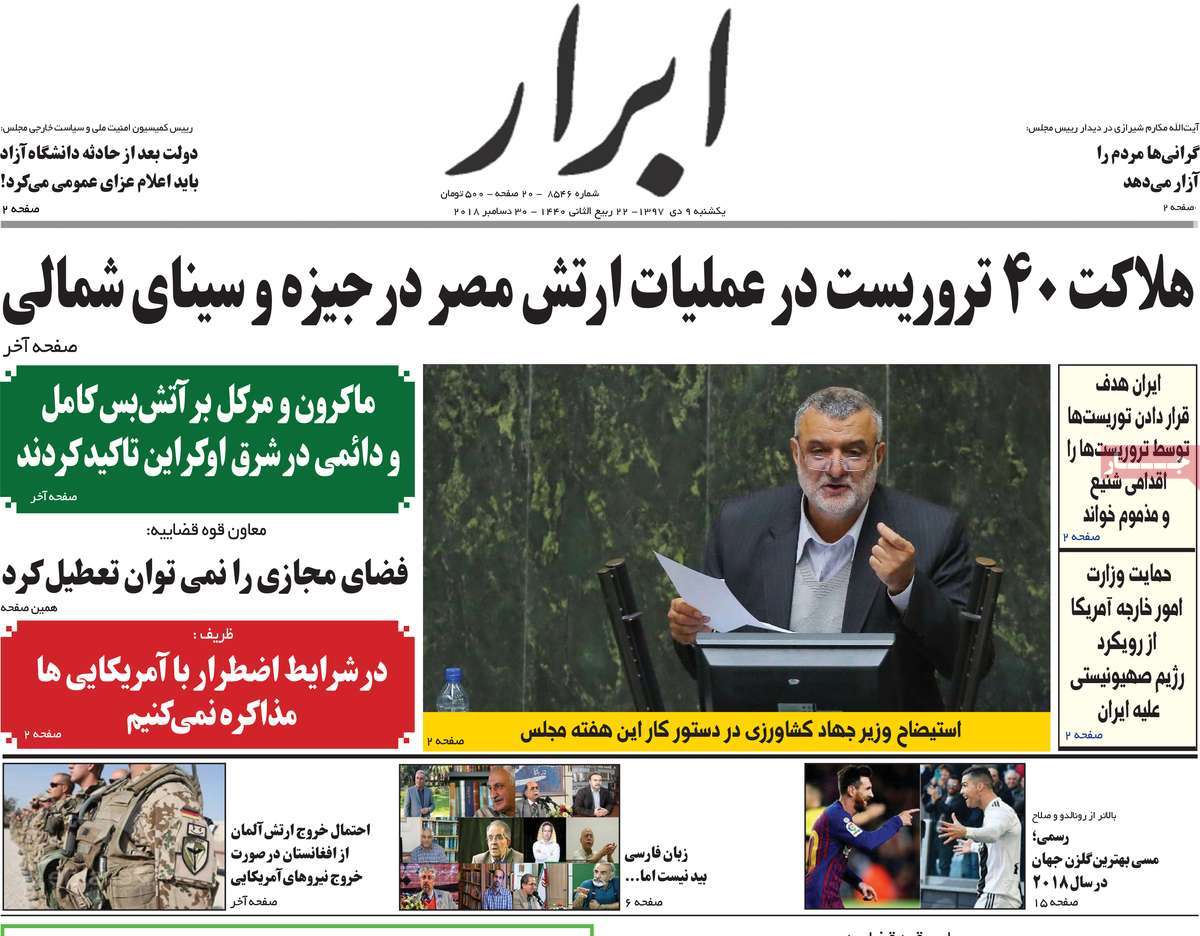 2- Iranian Saffron is Sold by Spanish Brands: When Iranian Product is Not Known as Iranian! 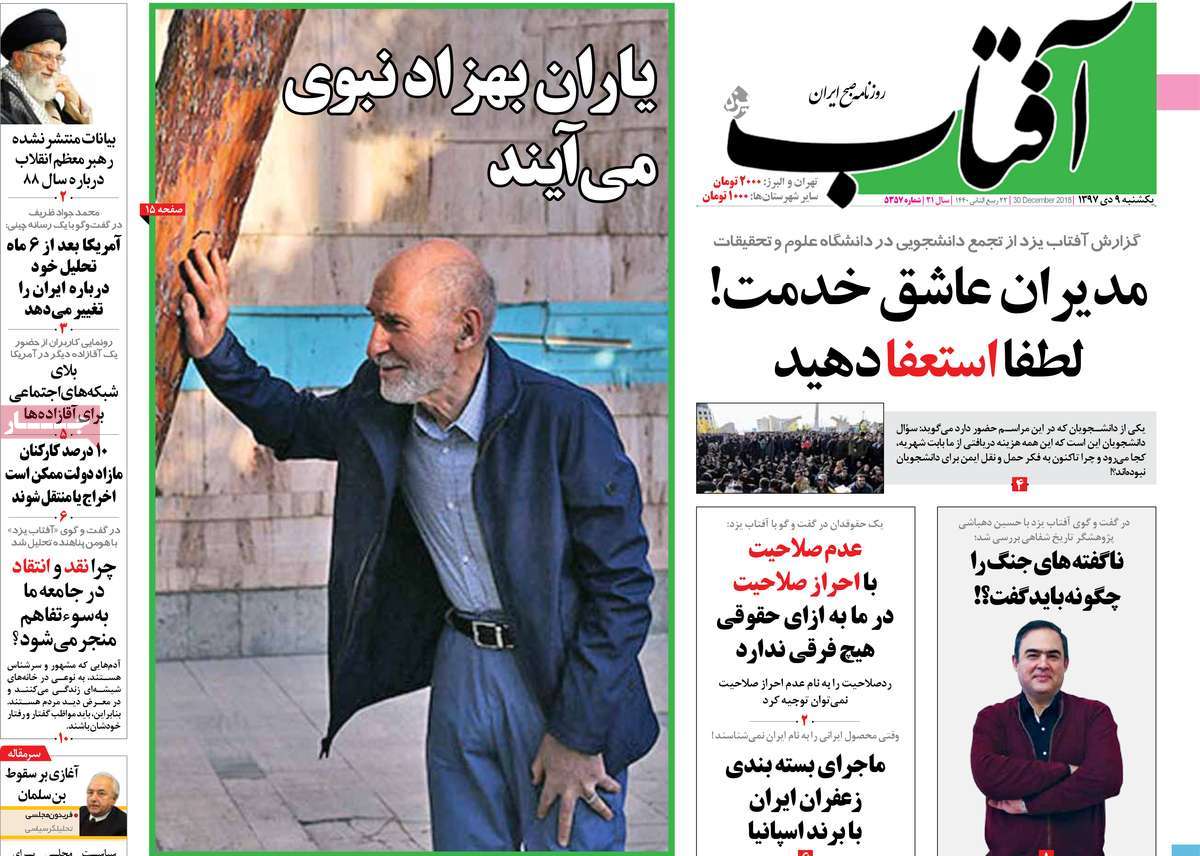 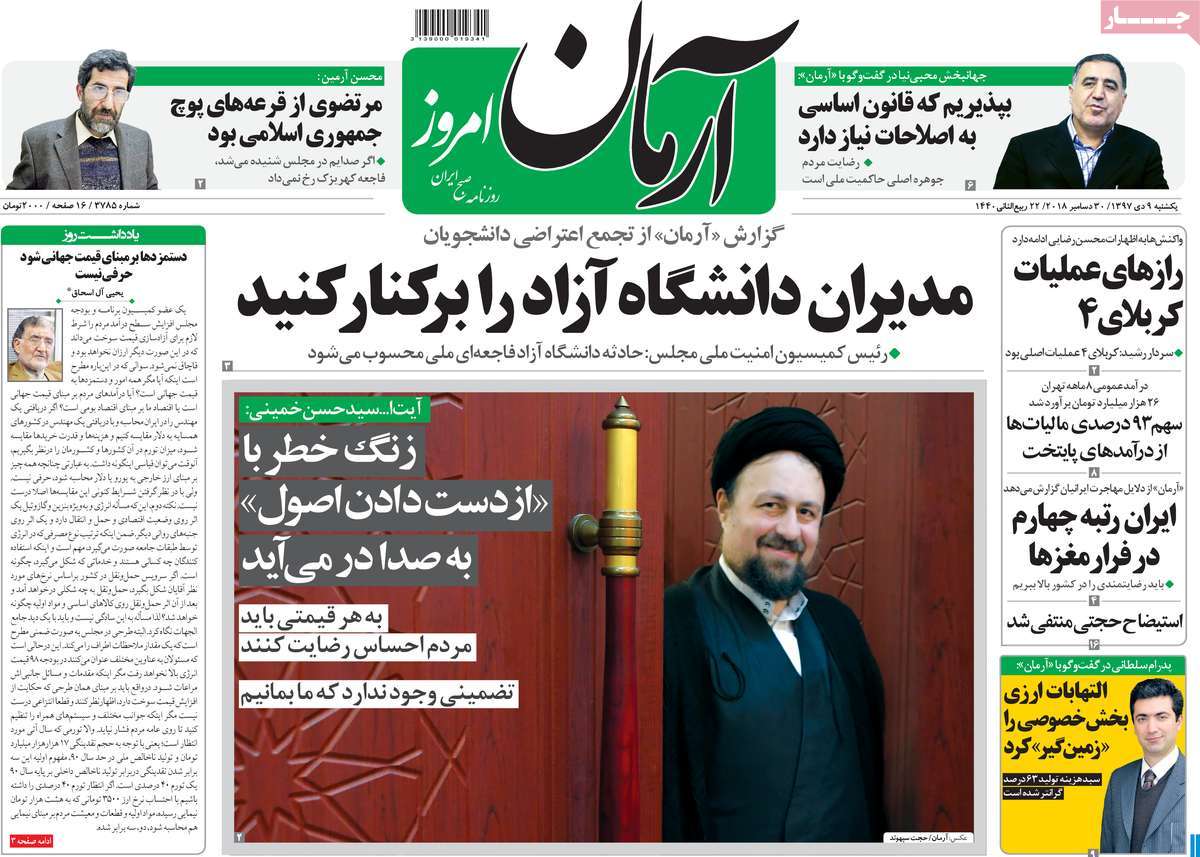 1- Zarif: Americans Unlikely to Decide to Escalate Tensions With Iran 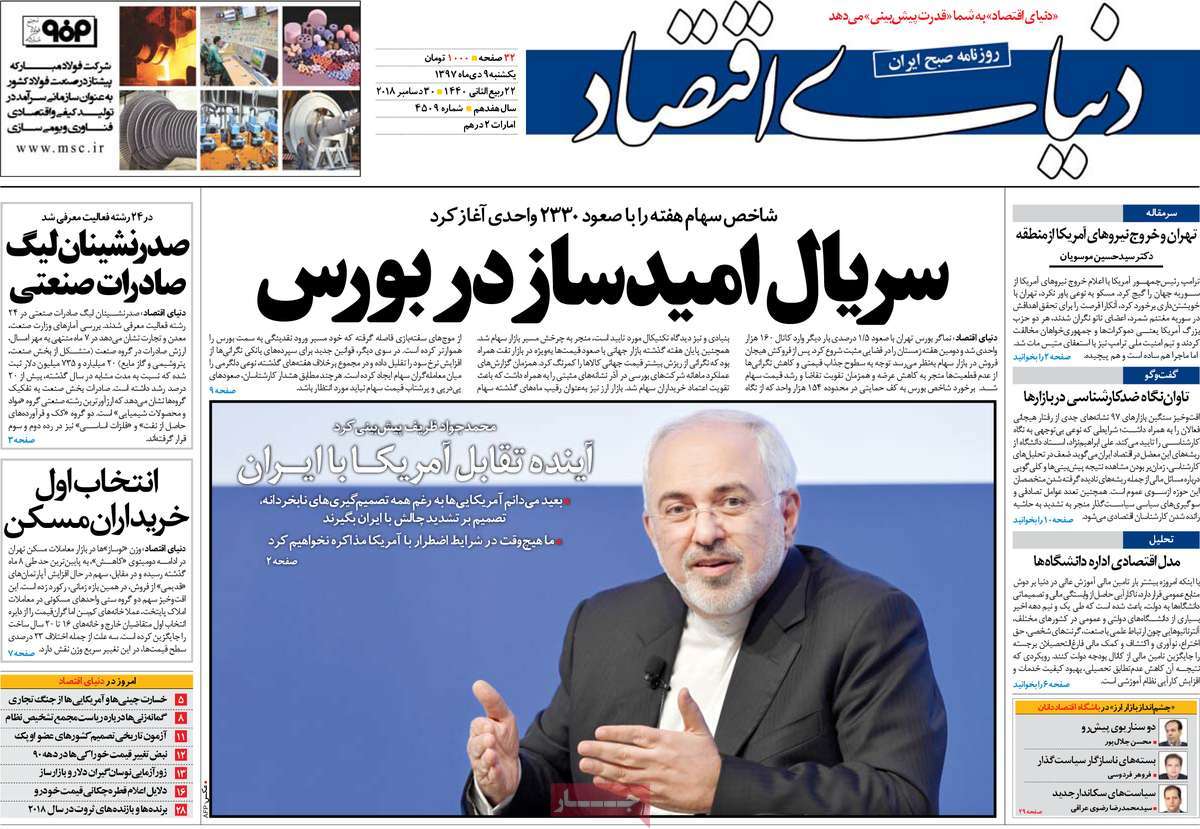 1- Zarif Told Phoenix: We Are Not Waiting for Europeans 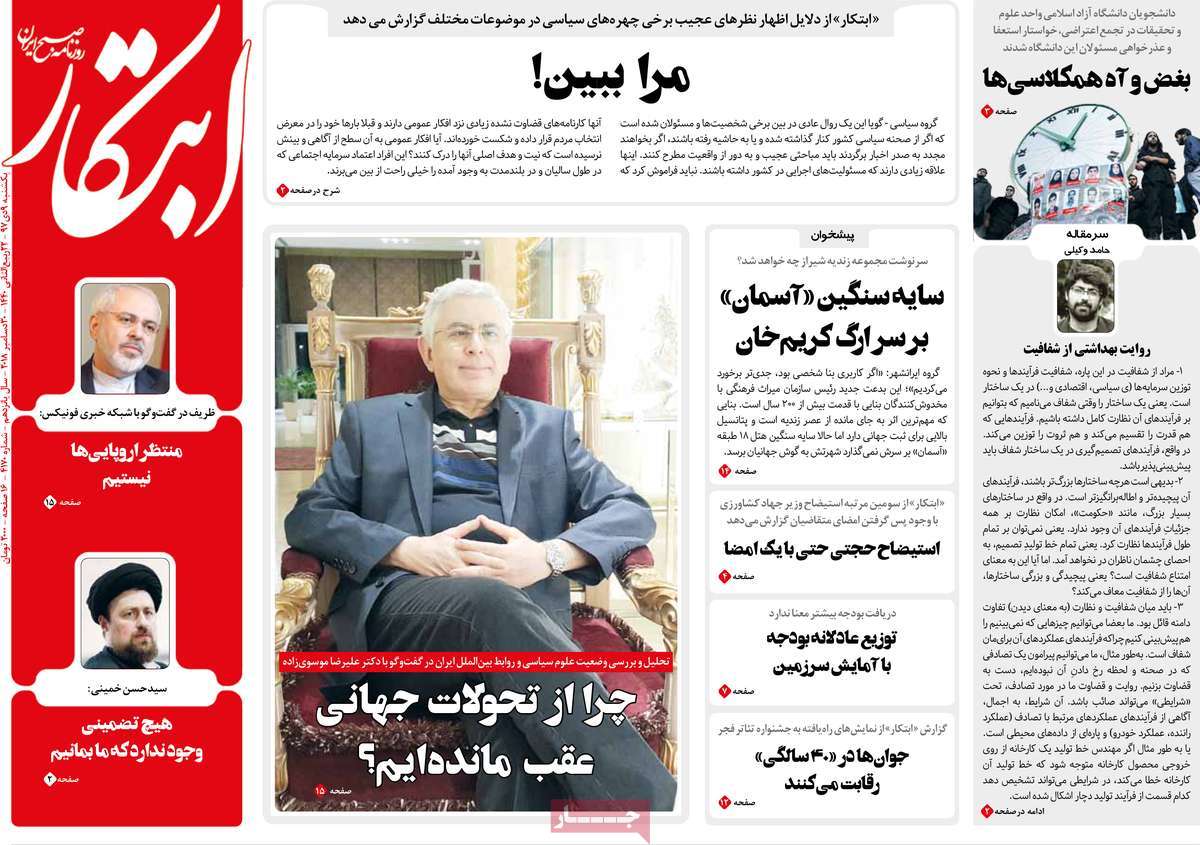 1- Zarif: Americans in No Position to Threaten Iran

3- Economist: US Hegemony in Decline 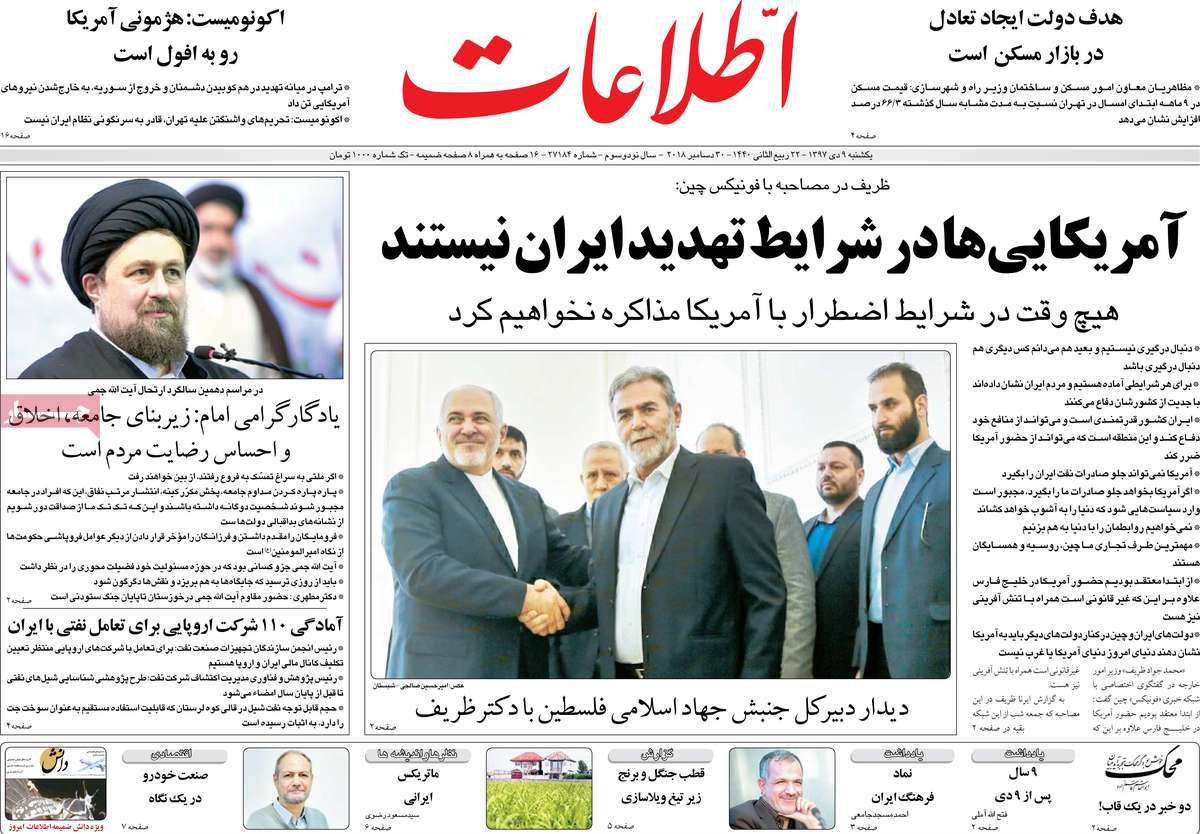 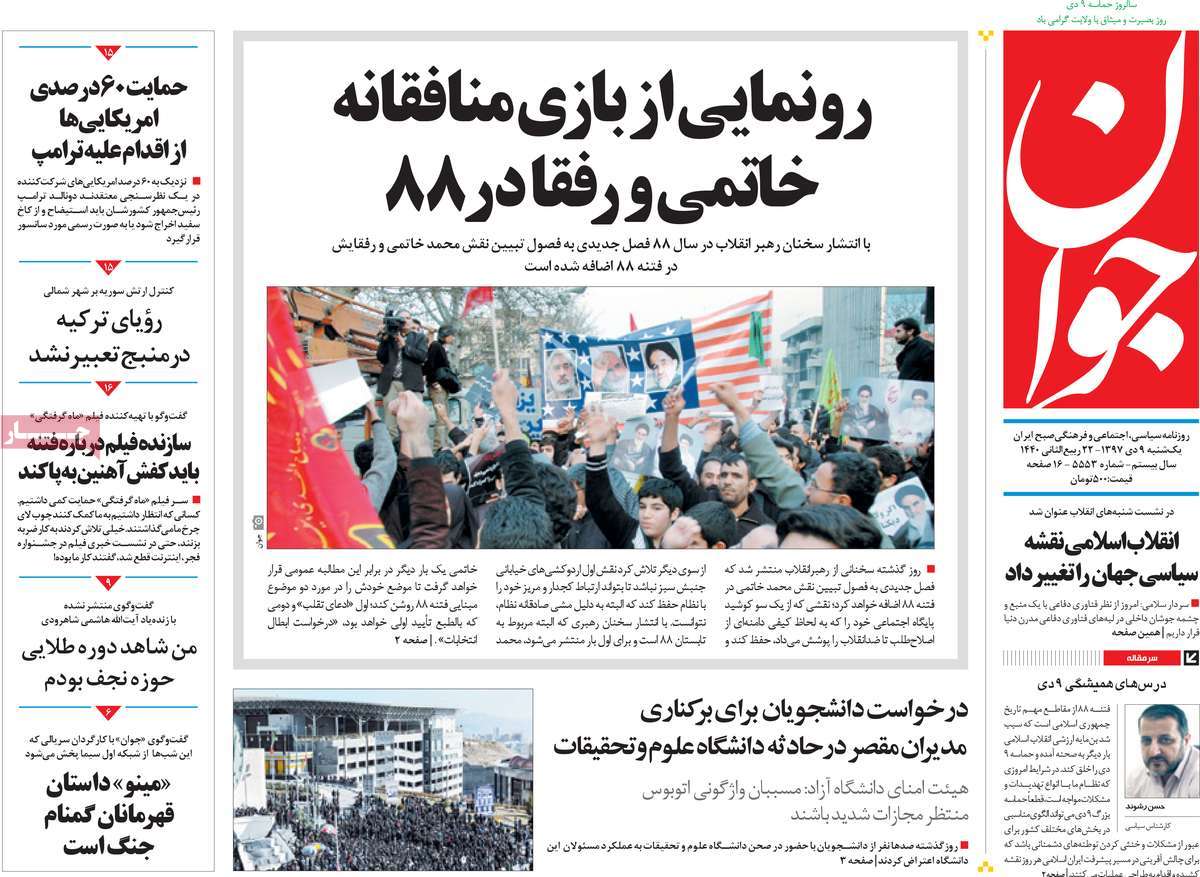 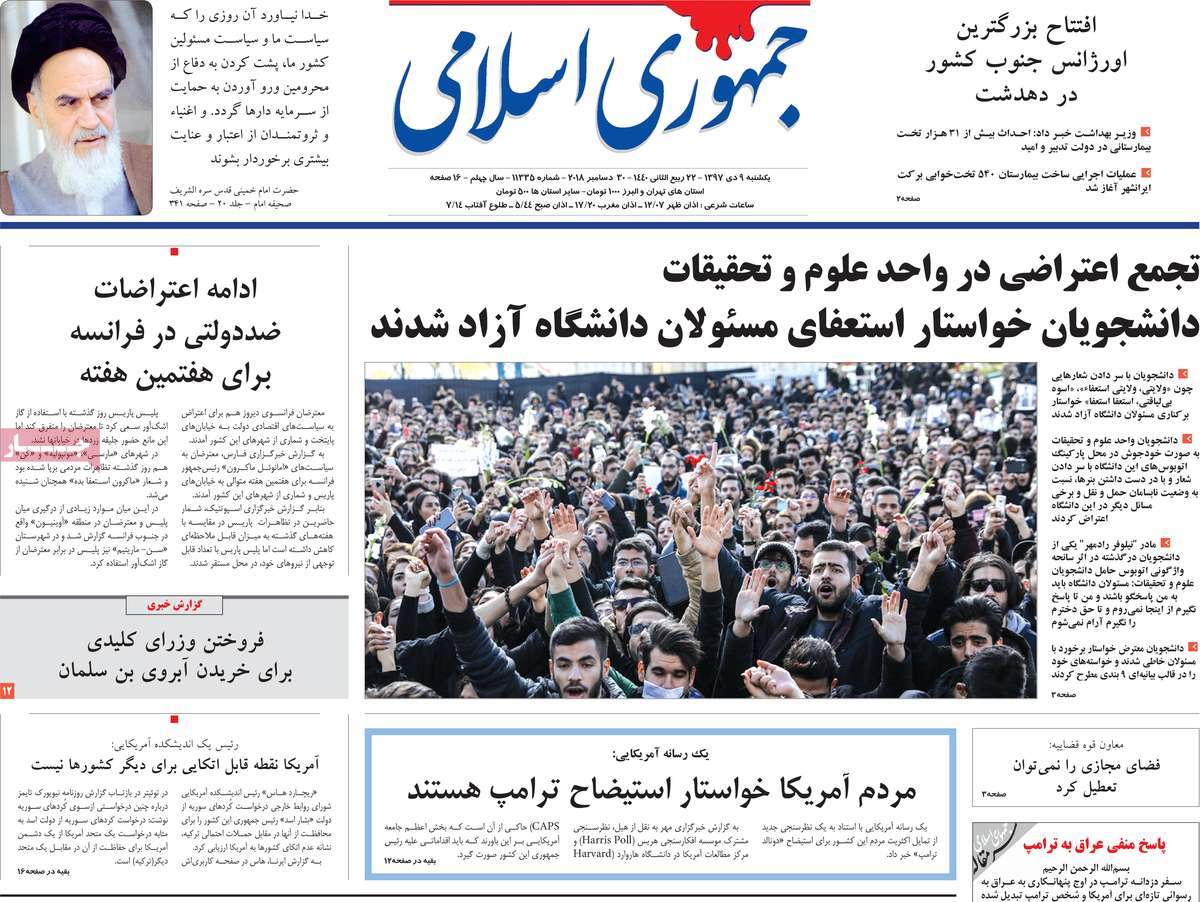 2- Zarif: If We Go Back to [Beginning of Talks], We Would Take Harder Line in Nuclear Negotiations 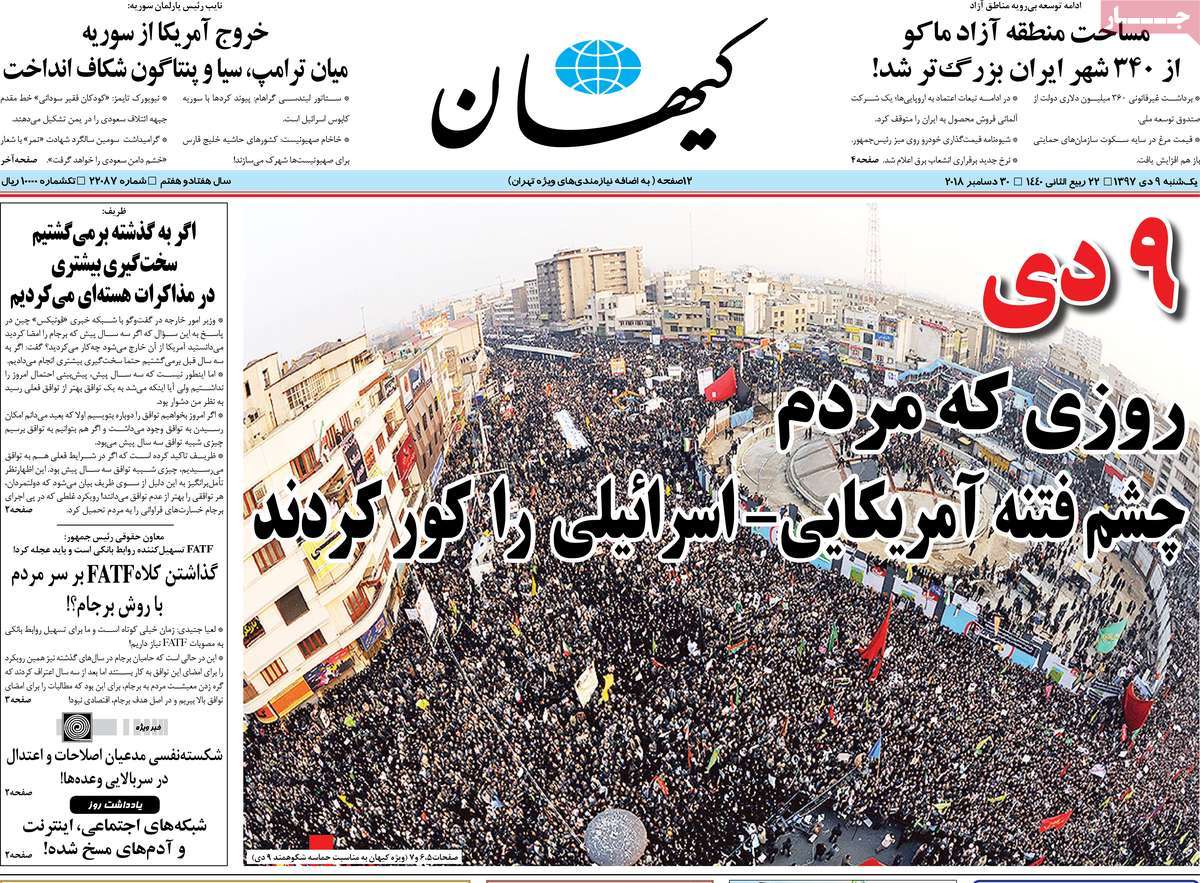 1- Commander of the Deceptive Operation 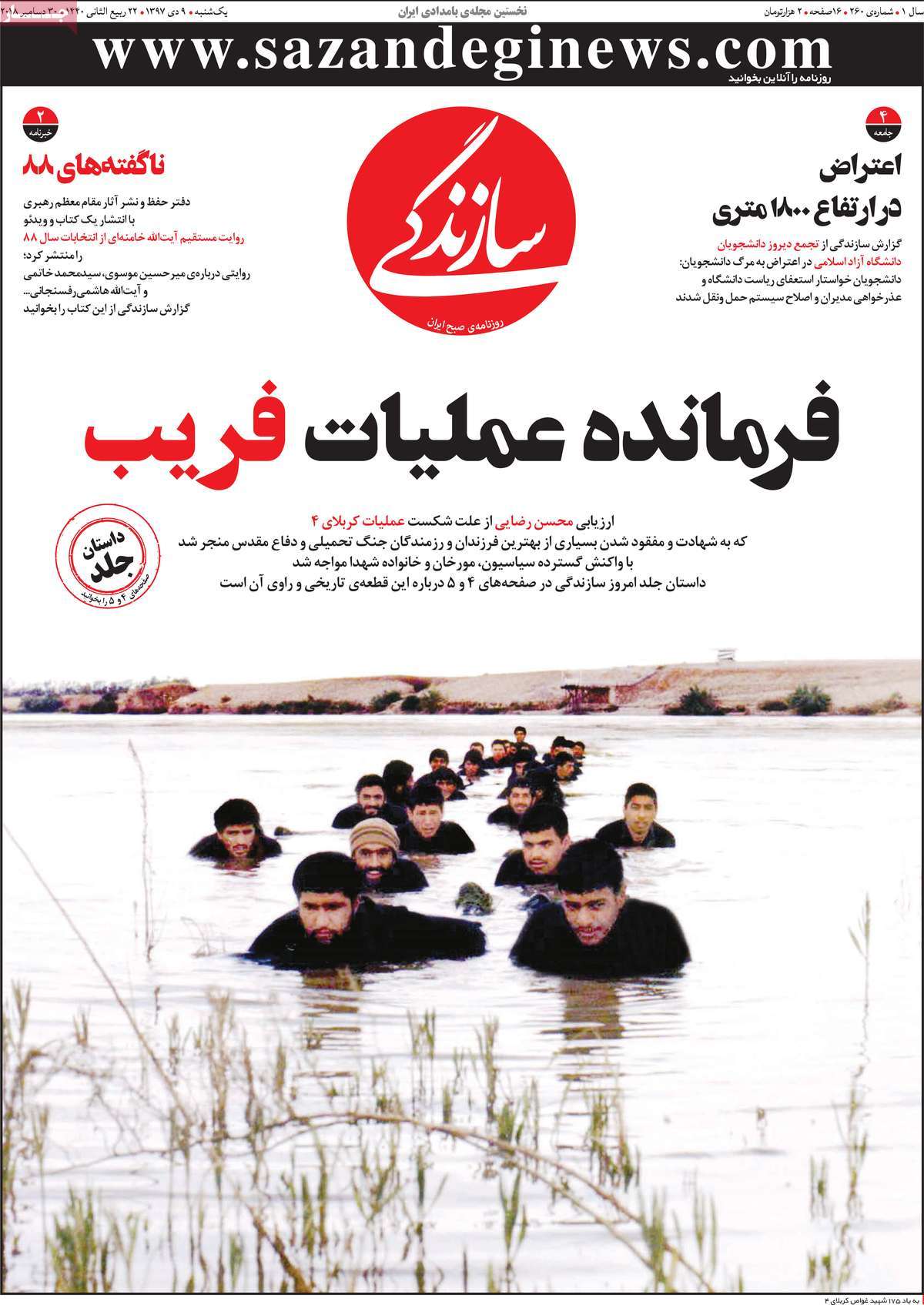 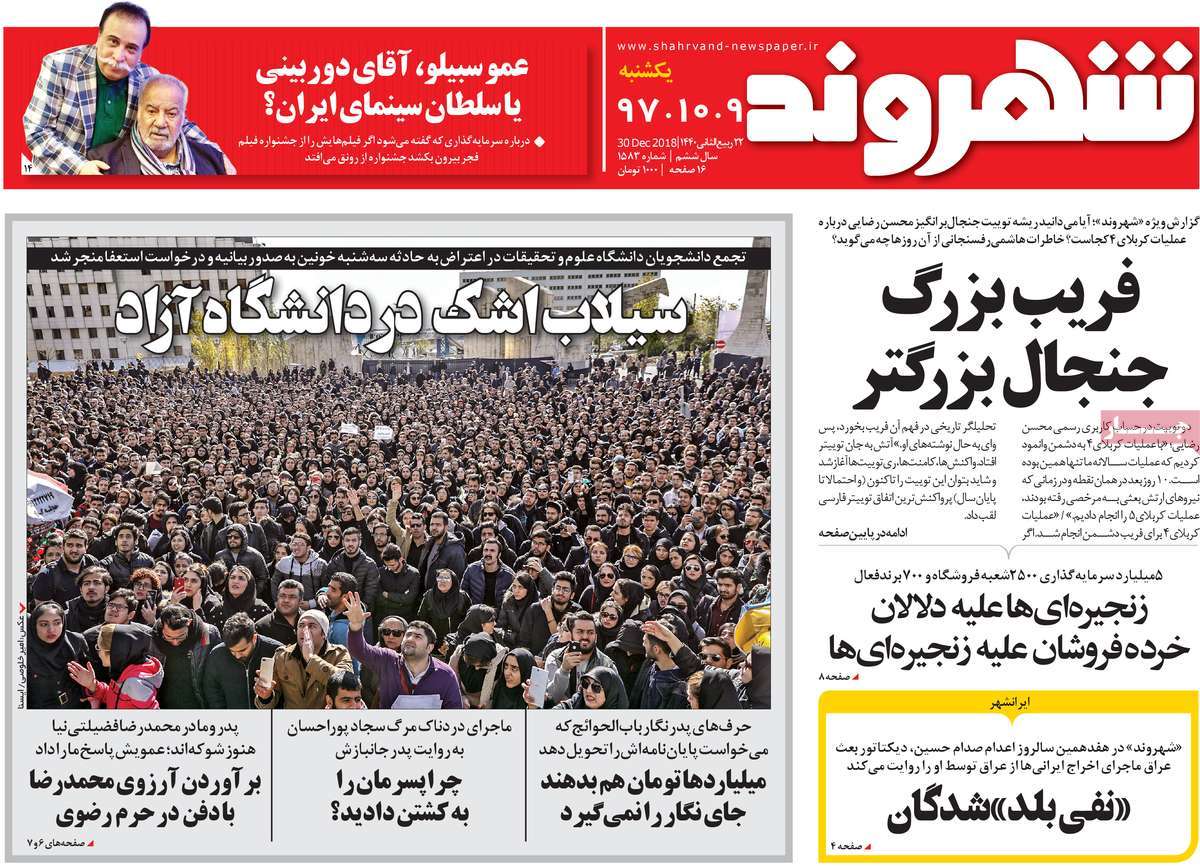 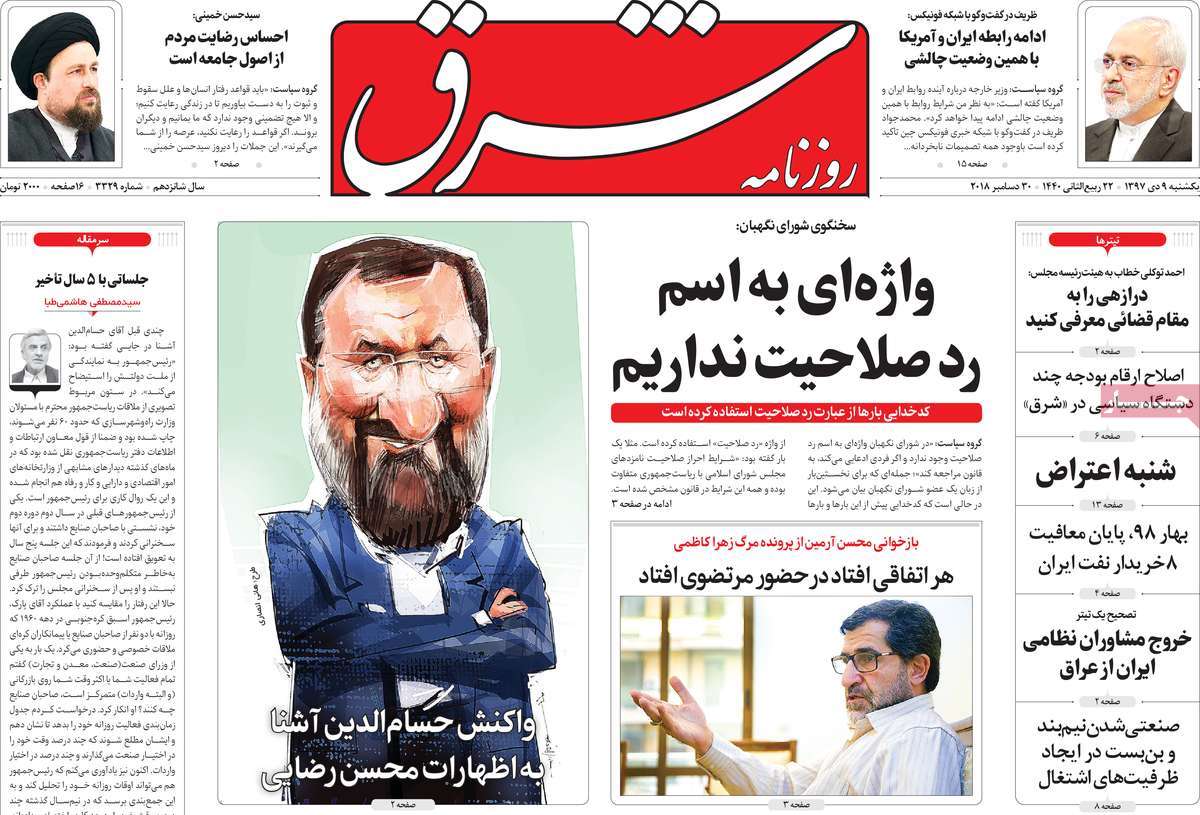 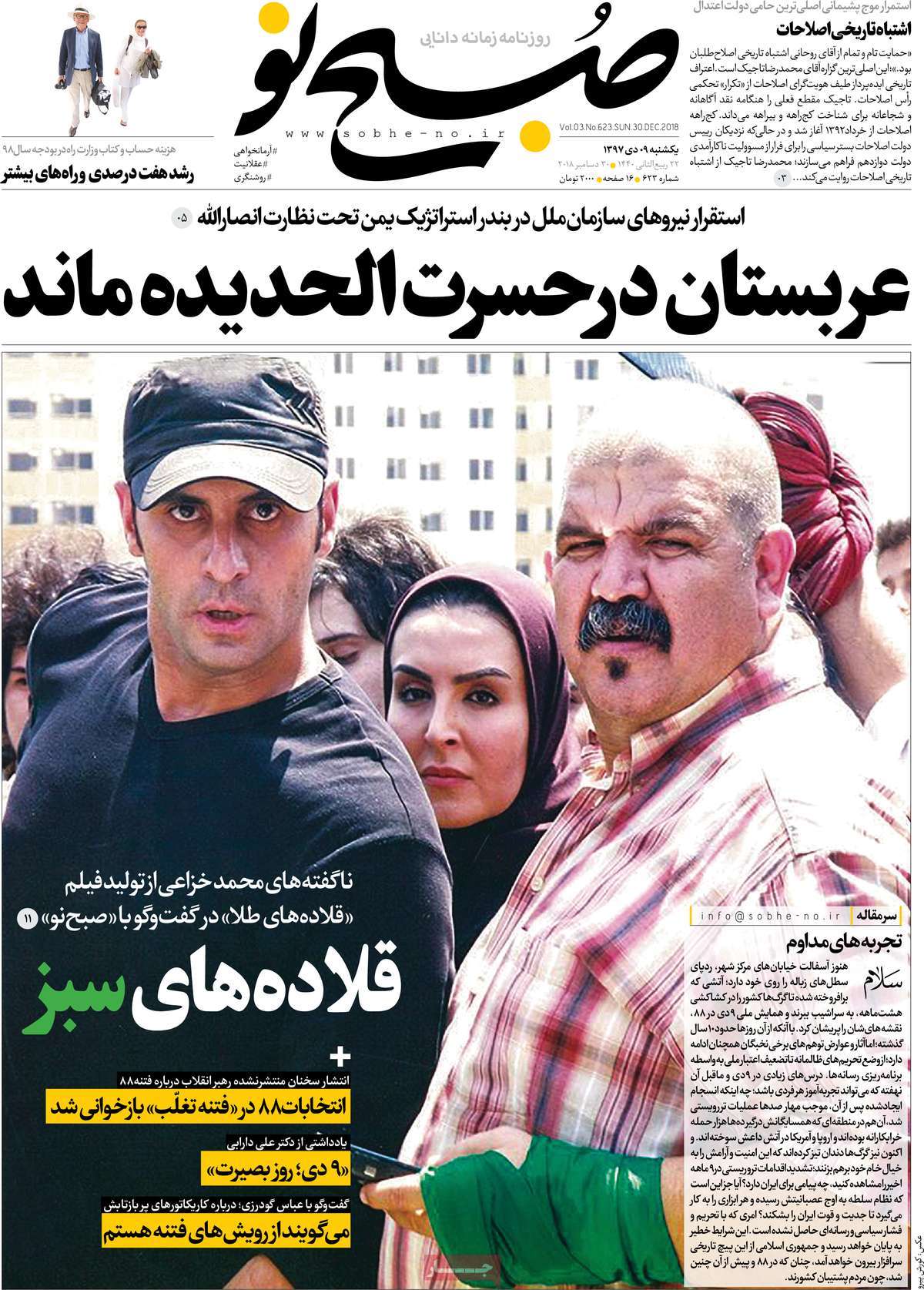