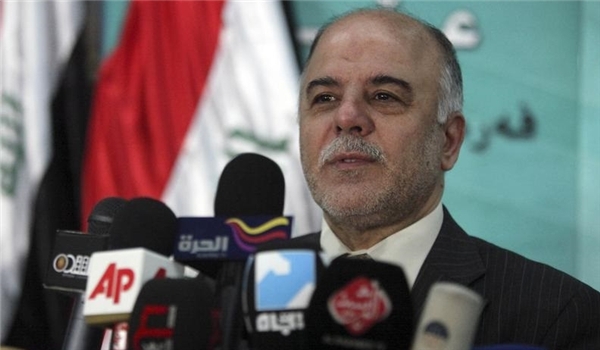 Al-Abadi stressed the importance of preserving the achievements made in fighting Daesh (ISIL) terrorism in Iraq.

Bilateral cooperation and the regional development were other topics discussed between al-Abadi and Masjedi.

In the meantime, Masjedi expressed Iran’s support for Iraq during the reconstruction era.

Iran is ready for cooperation with Iraq in all fields, the envoy added.