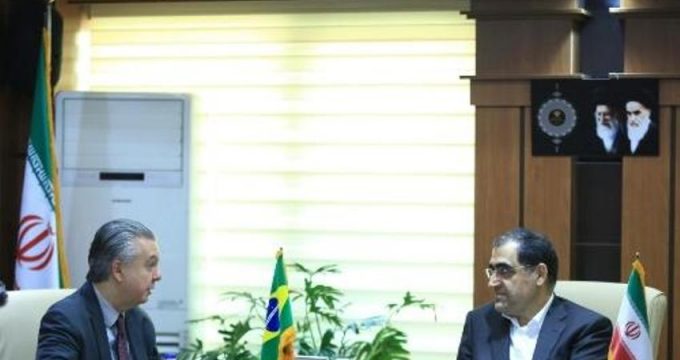 IRNA – Following the restrictions on Iran after the US exit from Iran nuclear deal, Tehran is seeking to import medicine and medical equipment from Brazil, said Iran’s Health Minister Hassan Hashemi on Friday.

Hashemi made the remarks during a meeting with Brazilian ambassador to Iran Rodrigo de Azeredo Santos.

Referring to Brazil as one of the world’s emerging powers, Hashemi said, “I believe the world conditions have changed and the world is not just the US and the European countries; Communications have expanded and there are many different choices before the nations.”

He said he believed Brazil could help Iran much more than some other countries, the European ones in particular, in the area of medical equipment technology, pharmaceutical industry, producing vaccine and even building and handling hospitals.

Referring to the reinstatement of sanctions on Iran, the minister said, “We have to abandon forever hoping (support) from Europe and the US.”

He underlined the need for broad economic relations with Brazil and said that at this juncture Iran has to develop a long-term look at countries other than Europe and the US and this new approach should not be only for sanctions time.