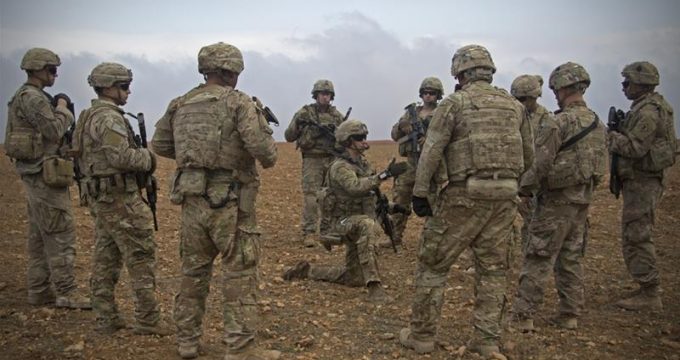 Al-Manitor | Hamidreza Azizi: President Donald Trump’s surprise decision Dec. 19 to pull US forces out of Syria has sparked different reactions, both inside and outside the United States. US allies France and Britain expressed their dissatisfaction over the move, emphasizing that the Western mission in Syria is still far from accomplished. Russia and Turkey, as two pillars of the Astana framework, welcomed the decision, seeing it as a positive step toward resolving the Syrian crisis. At the same time, American lawmakers from both ends of the US political spectrum interpreted the move as a mistake that would empower Iran and Russia in Syria.

Meanwhile, the Islamic Republic was largely silently, observing all these debates and not adopting an official position on the development. Iran’s first official reaction came three days after the US decision, on Dec. 22, when Iran’s Foreign Ministry spokesman Bahram Ghassemi said, “From the start, the entry and presence of American forces in the region has been a mistake … and a main cause of instability and insecurity.” He stopped short of elaborating Tehran’s view on the implications of the US move on the political and military equations in Syria. Instead he reiterated the Islamic Republic’s general viewpoint toward the US presence in the Middle East.

In explaining Tehran’s cautious approach, it could be said that Iran is not yet sure if the move will lead to any changes in the US strategy of minimizing Iran’s activities in the region, including in Syria. Just one day after Trump’s decision, Rodney Hunter, the political coordinator of the US mission to the United Nations, told the UN Security Council that Washington “will use all instruments of [its] national power to press for a withdrawal of Iranian-backed forces” from Syria. To Iranian officials, this statement is just a rephrasing of what US Special Representative for Syria Engagement James Jeffrey said Nov. 15, that forcing Iran out of Syria is not a military goal of the United States, but should instead come as a result of a political process.