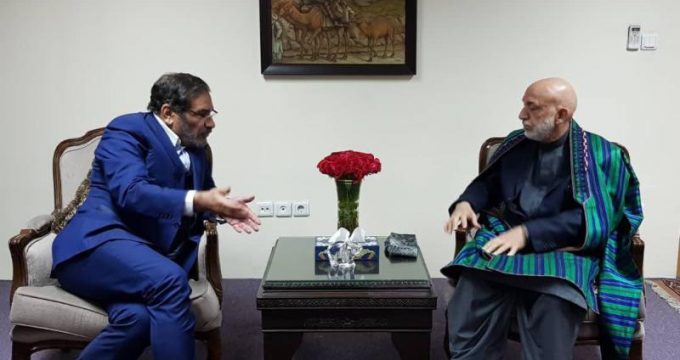 US choice to transfer Daesh to Afghanistan suspicious

US has never been benefactor for Afghan people, Shamkhani said in a meeting with Hamid Karzai, Former President of Afghanistan.

He referred to US dual behavior as regard fighting terrorism, saying the US presence in the region is one of the main factors of instability and insecurity in the region.

During his one-day tour to Afghanistan, Shamkhani also visited Chief Executive of Afghanistan Abdullah Abdullah and some other Afghan officials.

He made the visit at the invitation of National Security Adviser of Afghanistan Hamdullah Mohib.

Enhancing political, economic and security relations, countering terrorism and organized crimes, and border and regional cooperation are among the goals of Shamkhani’s visit to Afghanistan.